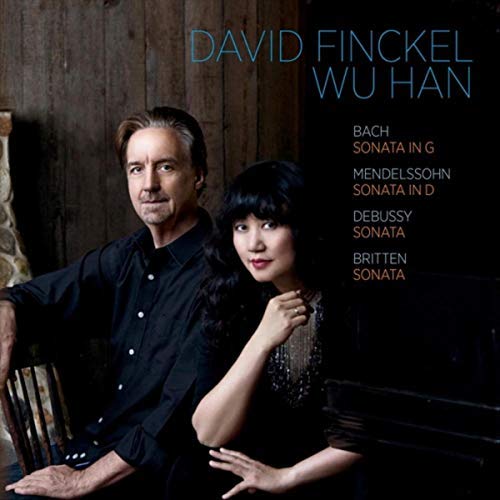 ArtistLed, the classical music industry’s first musician-directed and internet-based recording company, has released its 20th recording. Featuring the company’s founders, cellist David Finckel and pianist Wu Han, the album includes four iconic duo sonatas: Bach’s Sonata for Viola da Gamba and Keyboard in G major; Mendelssohn’s Sonata No. 2 in D major; Debussy’s Sonata; and the Sonata in C by Benjamin Britten. The artists say, “Each piece represents a special, long-held passion of ours for the music of its composer and for the musical era in which it was created, and we were both thrilled and challenged to fold into one project the four distinct interpretational approaches that the works demand.”