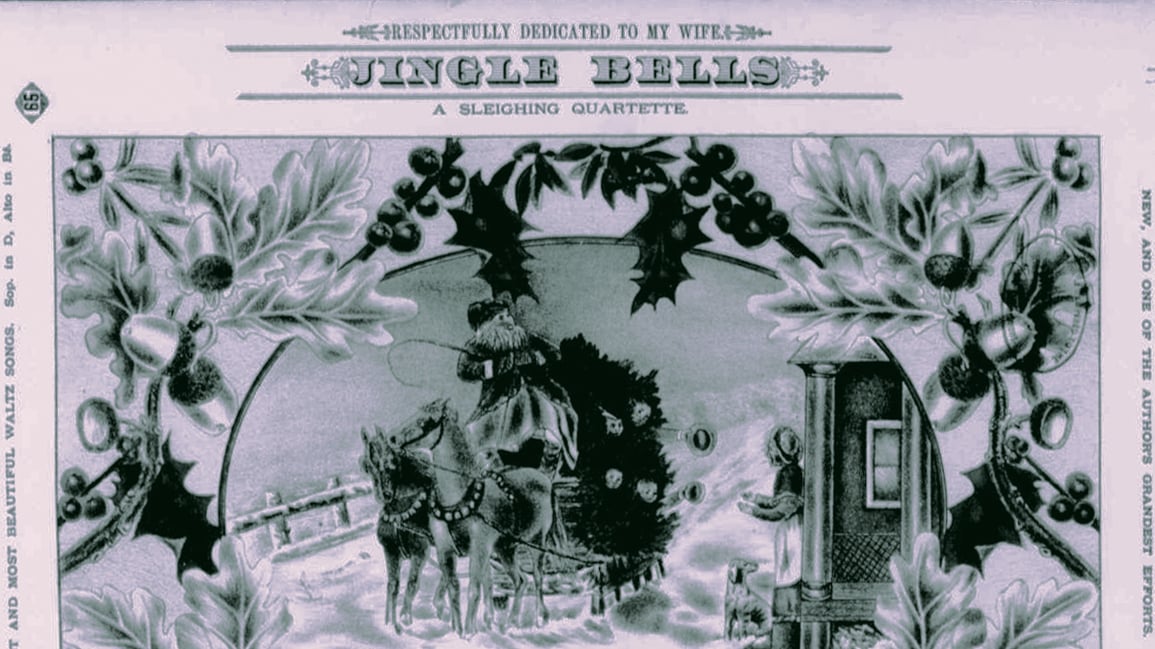 LOS ANGELES (AP) — Mariah Carey’s “All I Want for Christmas Is You” is the highest-charting Billboard Hot 100 holiday hit in 60 years, but Americans still prefer hearing carols such as “Silent Night” and “Jingle Bells,” a new poll shows.

With Christmas next week, 12 percent of Americans named “Silent Night” as their favorite holiday song followed by “Jingle Bells” at 8 percent, according to a poll by The Associated Press-NORC Center for Public Affairs Research. The open-ended question showed that “It’s a Wonderful Life” is a fan favorite among holiday films, followed closely by a mix of recent comedies and classics.

Nine percent of respondents listed the 1946 Frank Capra classic “It’s a Wonderful Life” as their favorite film. Jimmy Stewart plays a conscientious family man who faces a seemingly insurmountable debt and attempts to end his life, but is stopped by a guardian angel on Christmas Eve.

“It’s a story of redemption,” said Michael Germana, 65, who called the film his favorite. The California native is also among the 21 percent of adults 60 and older who choose “Silent Night,” which was first performed 200 years ago.

“It’s a song of inclusion,” Germana said. “There’s no strife.”

Americans under 30 are more likely than those older to name “Jingle Bells” (12 percent) and Carey’s “All I Want for Christmas is You” (7 percent) as their favorite.

Carey’s song only trails the 1958 song “The Chipmunk Song” by David Seville as the highest-charting hit on Billboard. Other popular songs on Billboard charts include Kenny G’s “Auld Lang Syne” and “This One’s for the Children” by New Kids on the Block.

“All I Want for Christmas Is You” was named by 3 percent of adults overall, while “Baby It’s Cold Outside,” which has drawn criticism in the #MeToo era and led some stations to stop playing it, was named by 5 percent.

There were more contemporary choices among respondents when it came to film. Seven percent chose 1983’s “A Christmas Story” and “How the Grinch Stole Christmas,” but most people didn’t specify whether they preferred the 1966 animated television special or the 2000 live-action adaption starring Jim Carrey. A computer animated version, “The Grinch” has earned more than $239 million domestically since its early November release.

Also listed as a favorite by 2 percent of respondents: the 1988 Bruce Willis action film “Die Hard.”

Overall, Seventy movies or Christmas specials and 107 songs were cited as holiday favorites by poll respondents.

The AP-NORC poll of 1,067 adults was conducted Dec. 13-16 using a sample drawn from NORC’s probability-based AmeriSpeak Panel, which is designed to be representative of the U.S. population. The margin of sampling error for all respondents is plus or minus 4.1 percentage points.

Grammys 2022: See All the Classical+ Nominees (And Winners)
In the Age of the Visual Album, What Can Opera Learn from Beyoncé?
Decade in Review: The 2010s and Classical Music
James Levine, who ruled over Met Opera, dead at age 77
From the end of the world to your town, Elton John's goodbye
U2, George Clooney, Amy Grant among Kennedy Center honorees