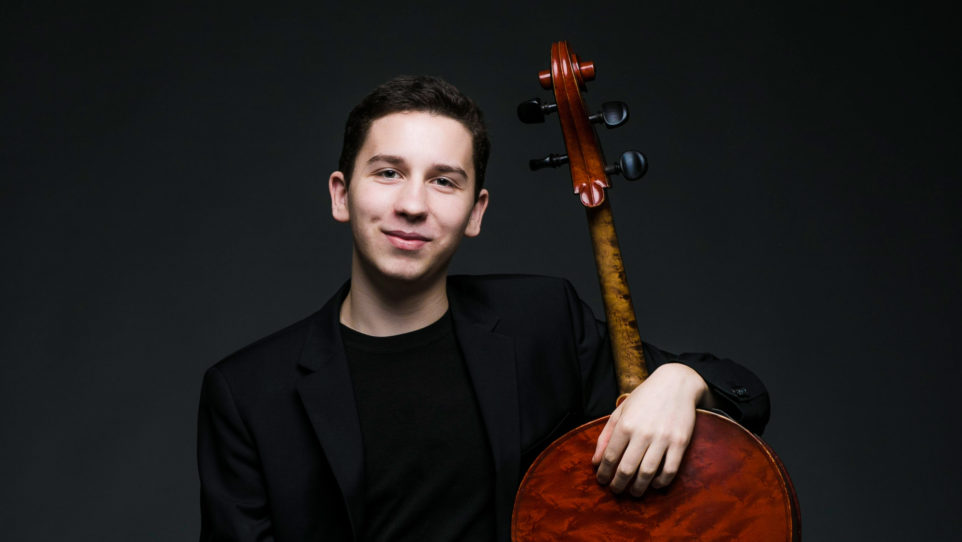 Oliver Herbert, from San Francisco, entered the Curtis Institute of Music in 2015 and studies cello with Carter Brey, principal cello of the New York Philharmonic, and Peter Wiley, former cellist of the Guarneri Quartet. All students at Curtis receive merit-based, full-tuition scholarships, and Mr. Herbert is the Edwin B. Garrigues Annual Fellow.

As a chamber musician, Mr. Herbert frequently participates in music festivals, including Krzyzowa Music, the Ravinia Festival’s Steans Music Institute, IMS Prussia Cove, ChamberFest Cleveland, Music in the Vineyards, the Caramoor Festival, and the Verbier Festival Academy, where he was awarded the Prix Jean-Nicolas Firmenich. In addition to being a fellow at the Steans Music Institute, he was also invited to perform on a tour with renowned violinist Miriam Fried, the program’s director. Mr. Herbert has performed with Shmuel Ashkenasi, Frank Cohen, Pamela Frank, Noboku Imai, and Meng-Chieh Lu; and frequently collaborates with pianist Xiaohui Yang.

Before starting his studies at Curtis, Mr. Herbert was a student of Clive Greensmith at the Colburn Music Academy. He currently plays on a 1769 Guadagnini cello that belonged to famous Italian cellist Antonio Janigro, on generous loan from the Janigro family.

Hailed by Israeli newspaper Haaretz as a “tastefully polished musician,” Chinese pianist Xiaohui Yang has been featured in performances over four continents, including venues such as Ozawa Hall, New Jersey Performing Arts Center, Tel Aviv Museum of Art and Seoul Arts Center. As the winner of 2017 edition of the prestigious Naumburg Piano Competition, she will be granted a New York recital debut at Carnegie Hall besides a newly commissioned work written for her. Other highlights of this season include concerts with the Louisiana Philharmonic and the Peabody Symphony, a residency sponsored by Portland Piano International and a solo recital at the Shriver Hall Concert Series, in Baltimore. A dedicated chamber musician, Ms. Yang has performed with luminaries such as Peter Wiley and Roberto Diaz, having been in residence at important music festivals in the USA, such as Marlboro, Tanglewood, Ravinia and Taos.

In 2008, Ms. Yang moved to the United States to attend the Curtis Institute of Music, where she studied with Ignat Solzhenitsyn, and received the 2013 Festorazzi Prize, awarded to the best graduating piano student. After further studies at the Juilliard School with Robert McDonald, she is currently pursuing her Doctor of Musical Arts degree with Boris Slutsky at the Peabody Conservatory.