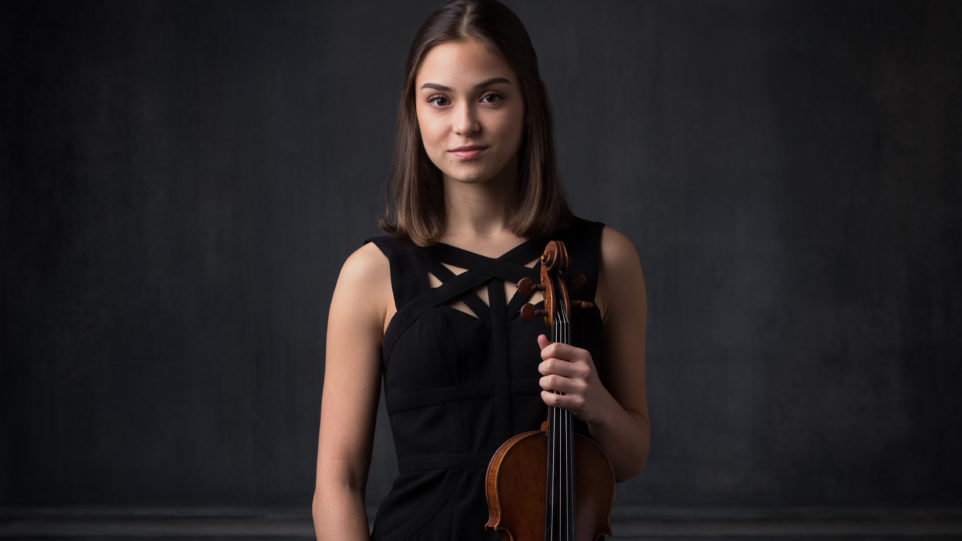 On Saturday’s live broadcast, we feature 18-year-old violinist Irina Casasnovas Jilobokov. She is a Merit Scholarship Fellow at the Music Institute of Chicago’s Academy, a training center for advanced pre-college musicians. She studies violin with Almita Vamos.

Irina was born in San José, Costa Rica and began studying the violin at age 7. At the age of 9, Irina was accepted to the Costa Rica National Institute of Music and as a part of the orchestral program of the Institute, she had the privilege to be the Concertmaster of the Costa Rican National Youth Orchestra’s Junior, Intermediate, and Senior divisions. During her years in the National Institute of Music, Irina won national and local competitions.

Irina made her solo orchestral debut at age 12, playing with the Costa Rican National Symphony Orchestra under the direction of renowned Maestro Irvin Hoffman at the National Theater of San Jose, Costa Rica. She has also performed as a soloist with the Costa Rican National Youth Symphony Orchestra under the direction of Maestro Marvin Araya and with the Ottawa Chamber Symphony under Maestro Gerhardt Zimmermann. In 2017, Irina received Honorable Mention in the Sphinx Competition, was chosen as a Second Place Winner in the Intermediate Category of the American Protégé International Piano and Strings Competition, and was named a 2018 National YoungArts Foundation Merit winner in Classical Music – Violin.

Irina is fortunate to have been mentored by Brian Lewis and to have been taught by individuals such as Rachel Barton Pine, Dylana Jenson, Soovin Kim, Kevin Lawrence, James Stern, Mary Ann Mumm, Amy Yang, and Ida Kavafian, among others.