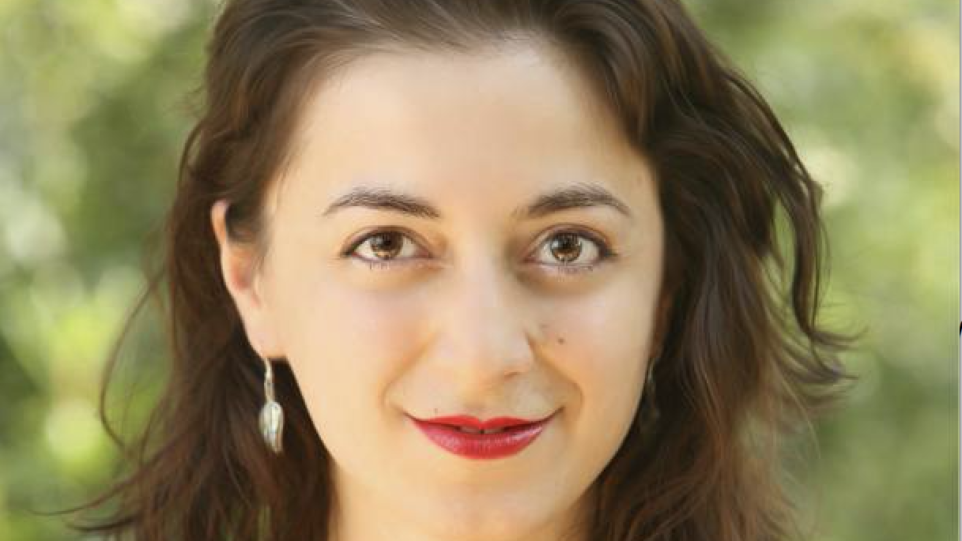 Pianist Sophiko Simsive presents a program of Robert Schumann, Franz Liszt, and Sergei Prokofiev for this Dame Myra Hess Memorial Concert. Please note that this concert will be aired at 8:00 p.m.

Georgian-born Sophiko Simsive started to play the piano at the age of three and began her studies from her mother. At the age of eleven years, she performed Beethoven’s Second Piano Concerto with the student orchestra of Georgia at the Beethoven Festival in Bonn (Germany) and played the same concerto in a master class with Rudolf Buchbinder in Switzerland. In 2003, conductor Lev Markiz discovered her at the Music Gymnasium of Tbilisi, where she studied with professors Maka Aladashvili and Alexander Garber. During her studies she was a recipient of a scholarship by Vladimir Spivakov and performed at the Kremlin in Moscow. She further toured with I Virtuosi Italiani under Lev Markiz in the Netherlands playing Mozart’s “Jeunehomme” Piano Concerto at De Doelen in Rotterdam, the Vredenburg in Utrecht, the Stadsgehoorzaal in Leiden and in De Oosterport in Groningen. In 2007 Sophiko, at 15 years old, was admitted to the Sweelinck Conservatory of Amsterdam as its youngest pupil. Esteemed professor Mila Baslavskaya guided her towards a bachelor’s degree with Cum Laude in 2012. Afterwards she continued her studies with professor Jacques Rouvier at the Universität der Künste in Berlin.

During her first year at the Conservatory Sophiko won the first prize at the Princess Christina Concours competition in the Netherlands. This prize included a performance of Beethoven’s Third Piano Concerto with the Residential Orchestra of The Hague under Jan Willem de Vriend and a chamber music tour in the USA and Canada. In 2008 she won the Yamaha Piano Competition in Amsterdam. Sophiko played a solo recital at the Canterbury Festival in England in 2011 and was invited to the academy program of the International Music Festival of Verbier in 2013.

In 2015 she made her debut at Carnegie Hall in New York with Kian Soltani on cello. Sophiko performed 11 solo recitals in the Netherlands as a finalist of the Dutch Classical Talent competition. She won in her category of the “Young Pianist Foundation Competition 2015” during which she played Liszt’s First Piano Concerto with the Noord Nederlands Orkest under Pieter-Jelle de Boer. Sophiko was awarded both the audience prize and the prize for the obligatory work by Dutch composer Diderik Wagenaar.

In January 2016 Sophiko gave a series of concerts with violinist Amarins Wierdsma in Indonesia organized by the Erasmus Huis. Sophiko was the winner of the GrachtenfestivalPrijs 2016 of the Netherlands and was Artist in Residence during the Grachtenfestival 2017. Later that year she also toured with solo recitals in the series New Masters on Tour organized by The International Holland Music Sessions.

Most recently she was selected as the winner of the Music Academy of the West’s second Solo Piano Competition which will take her on a multicity recital tour that includes appearances at St. Luke’s in London, Chicago, Santa Barbara and Los Angeles. Sophiko is represented by Interartists Amsterdam Classical Music Management and is currently working towards her Master of Musical Arts under Prof. Boris Berman.