Another fantastic trip with Earthbound Expeditions and WFMT! Although we visited the Metropolitan Art Museum, The Frick and the Guggenheim and had a tour of the city and Ellis Island, the highlights, of course, were the amazing concerts: Richard Strauss’ Ein Heldenleben with the New York Philharmonic and Semyon Bychkov, paired with the gorgeous and rarely-heard Bruch Two-Piano Concerto with the Labèque sisters.  The next night was the first performance of a new production of Poulenc’s Dialogues des Carmelites at the Metropolitan Opera which left many of us moved to tears. Isabel Leonard and Adrienne Pieczonka were outstanding. The topper was Mitsuko Uchida overwhelming a packed house at Carnegie Hall in an all-Schubert recital. What a week! Thanks to the wonderful guests and Earthbound Expeditions! Peter and Kathleen van de Graaff pose with listeners outside of David Geffen Hall, home of the New York Philharmonic, at Lincoln Center for the Performing Arts 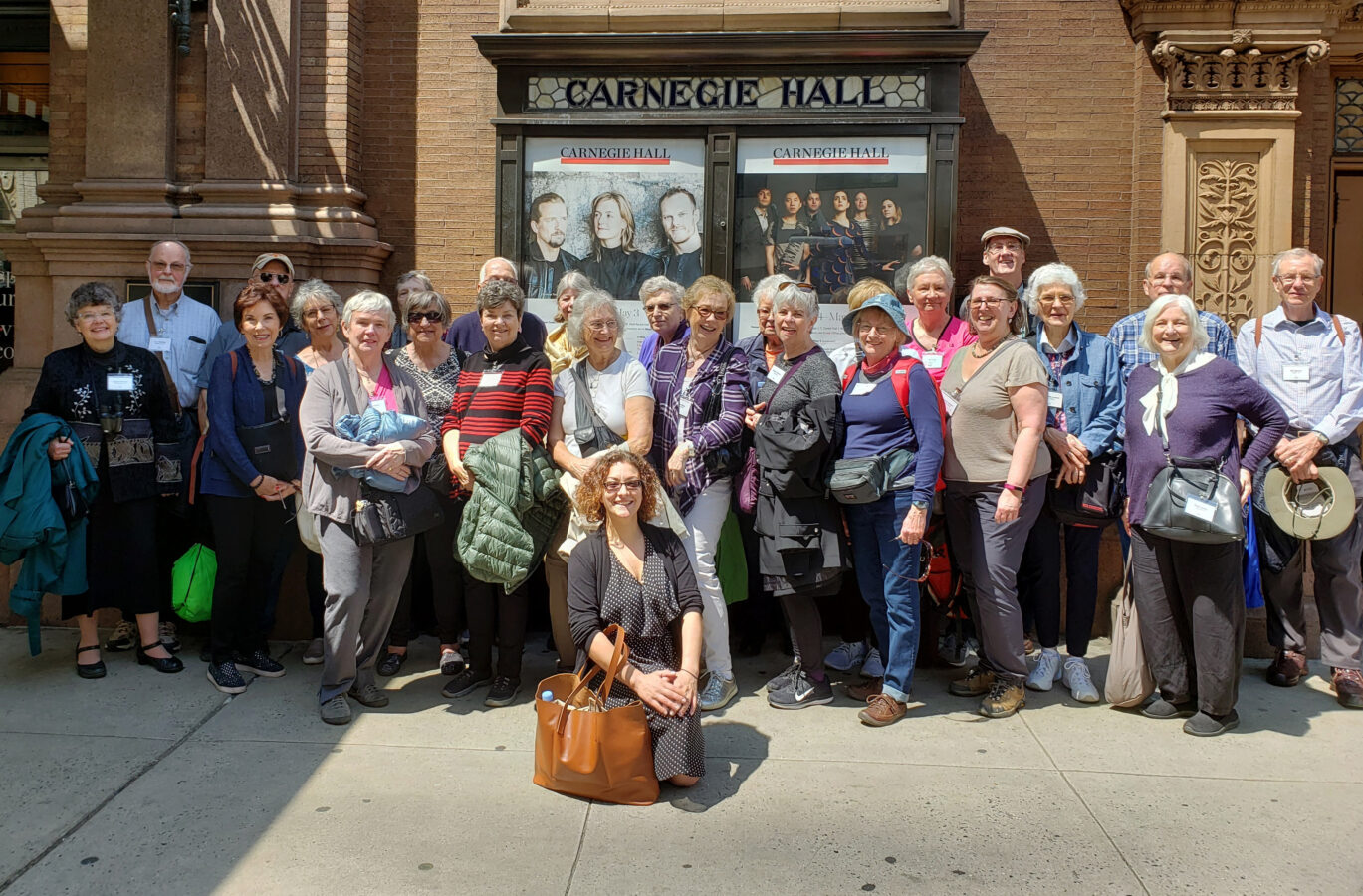 Grammys 2022: See All the Classical+ Nominees (And Winners)
In the Age of the Visual Album, What Can Opera Learn from Beyoncé?
2021 Grammys: Classical Music Nominees and Winners
Decade in Review: The 2010s and Classical Music
Earth Day 2020: Stacy Garrop's 'Terra Nostra'
See Photo Highlights from WFMT's 70th Anniversary Day of Celebration