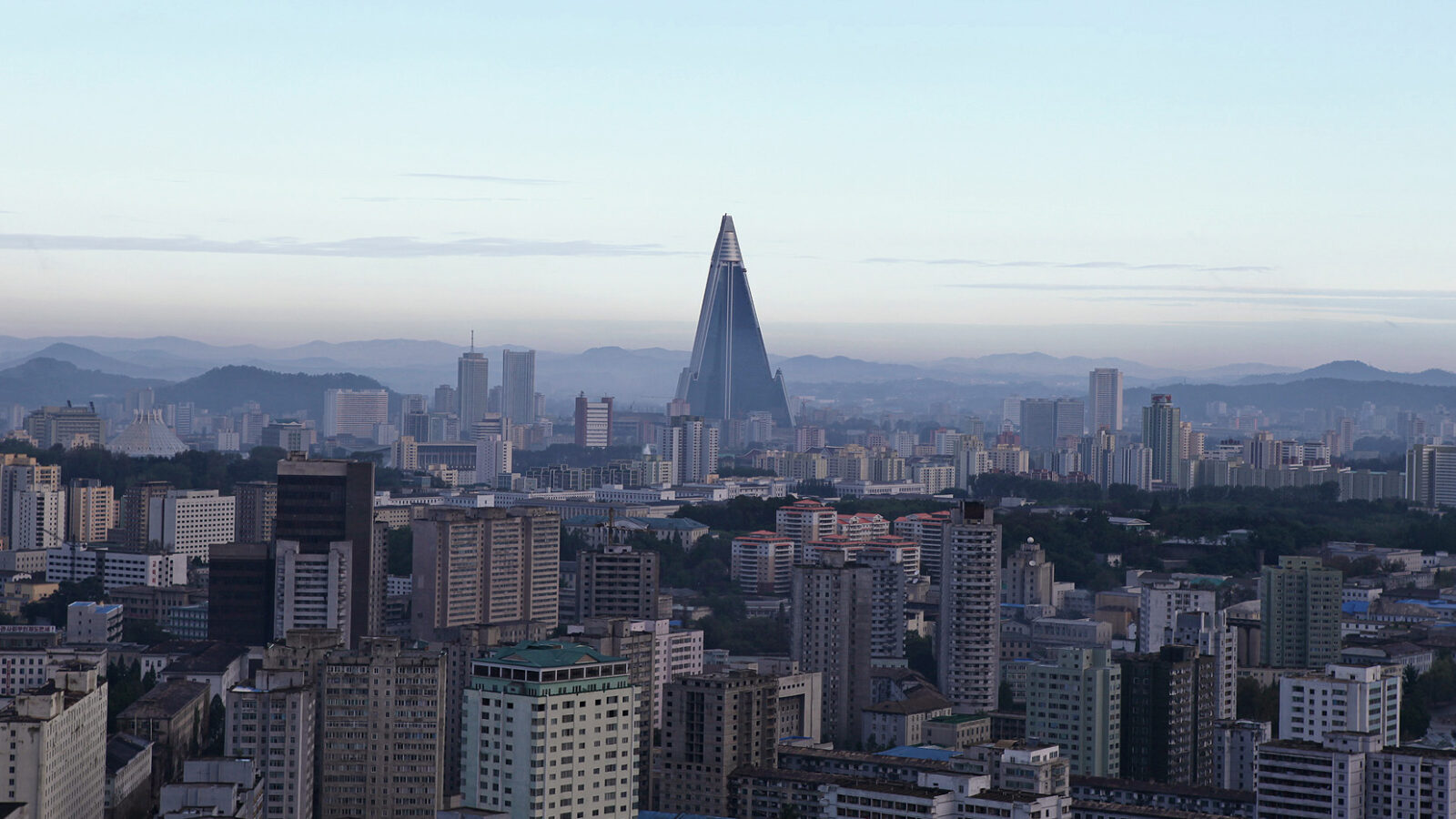 SHANGHAI (AP) — South Korean violinist Won Hyung Joon took the stage, nodded once to his North Korean soprano partner, and placed his instrument on his shoulder. With a flick of the conductor’s wrist, she began to sing, and he began to bow — the beginning of a rare joint performance Sunday that they hope will bring the Koreas closer amid deadlocked nuclear diplomacy.

“Until today, I was thinking, will this really happen? Will it suddenly be canceled?” Won said. “Today was the day my dream finally came true.”

Won, donning a white shirt, and Kim Song Mi, sporting a sparkling red dress, performed Antonin Dvořák’s “Songs My Mother Taught Me” together with a Chinese orchestra at the Shanghai Oriental Art Center. After the last notes, they held hands and bowed to thunderous applause from the mostly Chinese audience.

The concert came three days after South Korea said North Korea fired two suspected short-range missiles toward the sea, the second such weapons test by Pyongyang in less than a week.

For both Won and Kim, it was their first concert with a musician from the other side of the Korean border, the world’s most heavily fortified. They met several times last year in Beijing and agreed to perform together to promote peace on the Korean Peninsula.

“My heart is too full for words,” Kim said in a dressing room after the concert, her first-ever interview with a foreign media outlet. “For the moment, at least, I feel like unification has come.”

It’s extremely rare for musicians from both Koreas to perform together. Contact between the two sides is so restricted that North and South Koreans can’t exchange phone calls, letter or emails without special government approval.

Last year saw an unusual wave of cross-border exchanges after North Korean leader Kim Jong Un abruptly agreed to begin talks over the future of his nuclear arsenal. A group of North Korean dancers and singers performed in South Korea during the Pyeongchang Winter Olympics, and South Korean K-pop stars later flew to Pyongyang and sang in the presence of Kim and his wife, Ri Sol Ju. Both events were the first of their kind in over a decade.

But such exchanges are now becoming rare again as North Korea resumes provocative weapons tests, an apparent protest against stalled nuclear negotiations with the United States. Kim returned home empty-handed from his second summit with President Donald Trump in Vietnam in February after Trump rebuffed his calls for major sanctions relief in return for his promise to conduct partial disarmament measures. There have been no public high-level meetings between Pyongyang and Washington since then.

While Sunday’s concert is unlikely to cause a diplomatic breakthrough, it could still “establish an environment” that could make it easier to improve ties between the Koreas, said Cho Han Bum, an analyst at Seoul’s Korea Institute for National Unification.

Inspired by the West-Eastern Divan Orchestra, which was founded in 1999 to bring together Arab and Israeli musicians to promote mutual understanding, Won, 42, has been pushing for the establishment of an inter-Korean orchestra for nearly a decade, contacting both governments on numerous occasions.

But his push for such an orchestra performance has never been realized and was often scrapped at the last minute due to the delicate nature of ties between the Koreas, which are still technically at war because an armistice that ended the 1950-53 Korean War has yet to be replaced with a peace treaty.

This time, Won and Kim, 33, spent days together in Shanghai rehearsing and chatting, sharing meals, coffee and even a foot massage before the performance finally happened.

“I really felt then we were part of the same nation, because we like the same foods and speak the same language,” Kim said.

Won hopes that the fact that the performance was held despite the stalled talks shows the desire for better relations.

“We couldn’t have had this kind of music concert if politics hadn’t helped,” he said. “It was a small performance, but I hope people will look at the meaning it has.”

Sunday’s performance appeared less difficult to achieve because it involved just one person from each Korea, not dozens of musicians required for an orchestra, and it happened in China — the North’s major ally but also the South’s biggest trading partner. Won said that the U.S. took notice, and that he had talks with high-level State Department officials before the performance.

The Shanghai City Symphony Orchestra, the biggest amateur symphony orchestra in China, performed with the two Koreans. Kim and Won’s performance was part of the orchestra’s annual charity concert, “Love in the City, Pyongyang Shanghai Seoul,” held to raise awareness for autistic children.

In response to questions by The Associated Press last week, South Korea’s Unification Ministry said it approved Won’s contact with Kim as part of efforts to support civilian exchanges between the rivals. The South Korean government is led by President Moon Jae-in, a liberal who espouses greater rapprochement with North Korea and has shuttled between Pyongyang and Washington ahead of the two summits between Trump and Kim Jong Un.

Kim Song Mi, a graduate of Pyongyang’s prestigious Kim Won Gyun University of Music, is the Korean Association for Art Exchange’s North Korean representative in China, where she has lived since 2010. Known for her classical crossover singing technique, she has also released several music albums with North Korean and well-known pieces of classical music. South Korea media reported that she is the first North Korean sent abroad as a singer.

Won said that when he first met Kim last spring, he felt it was easier for him to bond with her and explain his dream than when he dealt with North Korean diplomats.

“When I talked about music with the diplomats, I had to explain why we need music and why music is good,” Won said. “But I didn’t need to do that when I met Kim, and we could just get to the point.”

Won said he’s hopeful he can continue to work together with Kim to organize larger concerts in cities across the world — in Pyongyang, Seoul or perhaps even Washington.

“Although today’s performance was only for a short while, at least it’s possible to come together to play music for this moment,” Won said. “I can’t help but think maybe, just maybe, it’ll bring more opportunities like this in the future.”

In Their Own Words: Inspiring Quotes From Classical Artists, Members of the Arts Community, and Colleagues Who Died in 2021
Earth Day 2020: Stacy Garrop's 'Terra Nostra'
Grammys 2022: See All the Classical+ Nominees (And Winners)
'No path is easy': Black opera singers detail struggles
Benny Kim and Grace Fong
10 Woman Conductors You Should Know