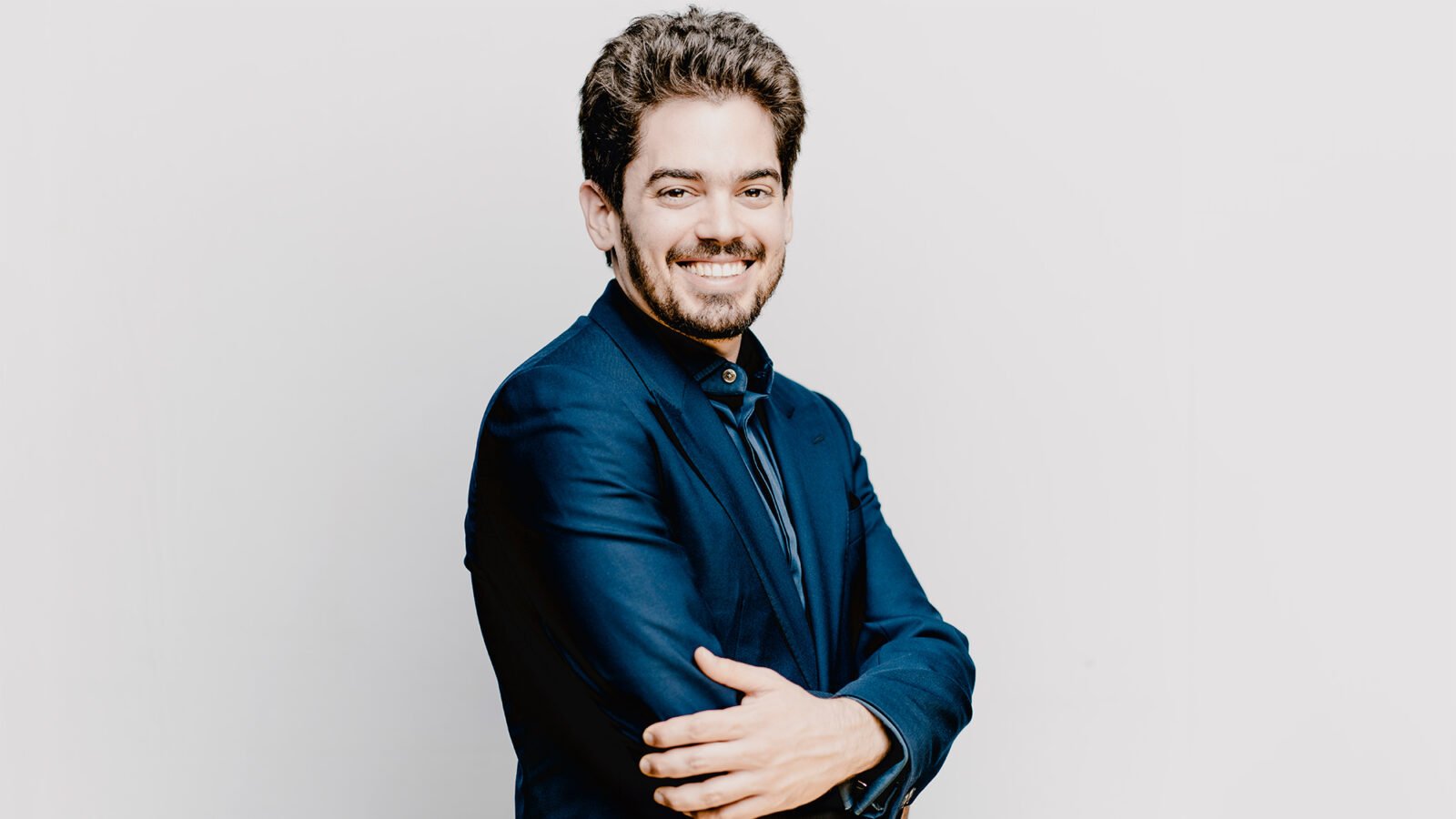 TEL AVIV, Israel (AP) — When Zubin Mehta joined the Israel Philharmonic Orchestra in 1969, it would be 20 years before Lahav Shani was even born. Now, at the age of 30, the Israeli wunderkind is poised to succeed his mentor at the helm of the acclaimed orchestra.

Stepping into the shoes of a beloved living legend would seem to be no easy task. But Shani is embracing it, calling it an “honor” and promising to put his own distinctive touch and high expectations on an institution that is widely seen as a national treasure.

“What we are trying to convey to the audience is that the music you’re hearing now is incredible. It’s amazing,” he said in an interview with The Associated Press. “If I am not convinced as a musician that the music I’m performing is the best music there is, I cannot expect the audience to have the same feeling.”

Mehta, 83, is set to step down late this year after leading the orchestra for half a century and holding the title of “music director for life” since 1981.

Shani said he does “not even dare to compare” himself to Mehta, but said he counts him as one of his biggest influences and supporters.

Shani, a gifted pianist who grew up in Tel Aviv as the son of a local conductor, performed as a soloist with the philharmonic under Mehta’s tutelage as a teenager and said he was encouraged by Mehta to pursue a conducting career.

“He always supported me,” he said. “He was a real part of my education as a musician.” Shani also counts Daniel Barenboim as a mentor.

Shani’s career began to take off after he won the prestigious Gustav Mahler Conducting Competition in Germany in 2013. That led to numerous guest appearances around the world, including regular performances with the Israel Philharmonic. Currently, he also is the principal guest conductor of the Vienna Symphony Orchestra and chief conductor of the Rotterdam Philharmonic Orchestra. He is set to become the Israel Philharmonic Orchestra’s music director in 2020.

After Mehta announced his plans to retire, orchestra musicians held a vote and overwhelmingly chose Shani — their friend and colleague — to be the next director.

“Lahav personifies what we could ever hope for in a music director for the IPO: an Israeli, extremely gifted, grew among us, comes from a musical family,” said Avi Shoshani, the secretary general of the philharmonic. “If one could Google all these features, this is what we would get.”

Last October, Shani and Mehta held a joint press conference in Tel Aviv, where the retiring maestro proudly described how his young protege had performed with the orchestra on a tour of Asia as both a young pianist and bass player in 2010. “It was a great pleasure. He sort of became part of the orchestra already eight years ago,” Mehta said.

At the same gathering, Shani said that on that tour Mehta gave him his first opportunity to conduct the orchestra during a rehearsal and offered some valuable advice: Make a good first impression so the orchestra will invite you back.

Shani said that being an Israeli, and his familiarity with the orchestra, have helped make the transition easier.

Tim Page, a music critic as well as a professor of music and journalism at the University of Southern California, said Shani has a tough act to follow.

Page said, however, the fact that the orchestra chose Shani is a “very good sign” and that his youth could work in his favor.

“You can’t follow an established legend with another established legend. You don’t want ‘Zubin 2,'” he said. “I think the fact that Shani is a young, eager, compelling live performer who will bring something new and exciting and maybe win a new audience for the Israel Philharmonic — that’s a promising sign.”

Shani appears to be a natural performer. He is energetic and animated on stage, both as a pianist and conductor.

“This is my personality,” he said. “I cannot make music and not be involved and not give 100 percent of myself.” He said he has similarly high demands of his orchestra, “not in a dictatorial way, but in a loving way.”

Shani also seems to be a perfectionist. He described conducting as a “never ending process” in which he gets to know the music “intimately … as though you wrote it yourself.”

“You can do a piece over and over again and in the 200th time, you all of a sudden discover something that was there the whole time and you just didn’t notice,” he said. “It’s an everlasting evolution.”

At such a young age, Shani now has the chance to bring about an evolution at the Israel Philharmonic.

He said the most immediate change will be incorporating its many new faces. Roughly half the orchestra’s musicians have retired or left in the past few years, he said. That is an opportunity to take new approaches, introduce a new repertoire and try different sounds.

He also sees his age as an opportunity to connect with a new generation of music lovers.

“I don’t remember a moment that I didn’t have music in my life, so that’s already proof that it’s not just for old people,” he said. “If young people are exposed to music, they have a much bigger chance to love it later on in their life.”

Josef Federman for the Associated Press

70th Anniversary Special: Interview with Almita & Roland Vamos
Bach, Borge, Biden: Ed O’Keefe, the CBS News White House Correspondent Who Came To Play
Long lost WWII-era Soviet songs brought to life in Israel
In the Age of the Visual Album, What Can Opera Learn from Beyoncé?
In Their Own Words: Quotes From Artists and Friends of WFMT Who Died in 2020
Jory Vinikour with Special Guest Rachel Barton Pine [Rebroadcast]