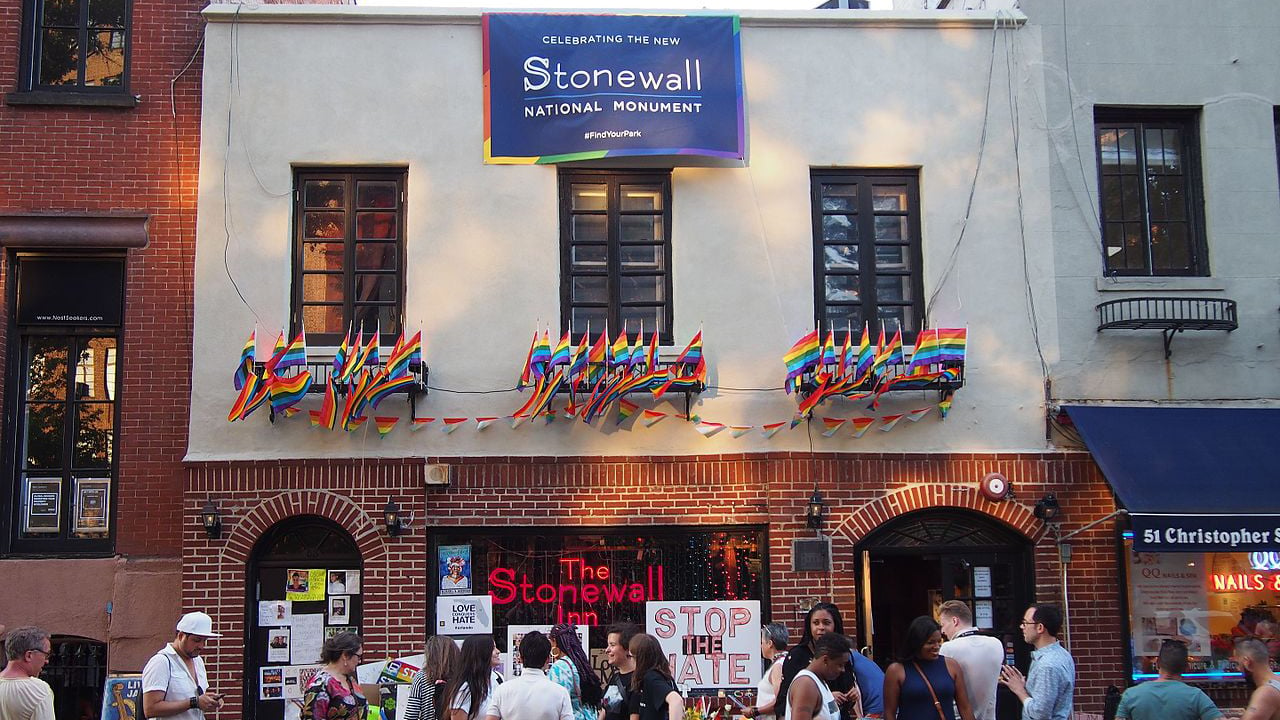 NEW YORK (AP) — The Pulitzer Prize-winning librettist Mark Campbell received a note in late February 2018 from the general director of the New York City Opera: “I may have a project for you, but you have to write quickly.”

A day later, the note writer, Michael Capasso, asked Campbell to collaborate on an opera commemorating the 50th anniversary of the Stonewall uprising, a turning point in the LGBTQ movement.

Campbell would have only a few weeks to complete a draft — warp speed in the world of opera.

“I said I absolutely am interested because I’m a gay man, I’m a gay man of a certain age and this subject matter appeals to me a lot,” Campbell explained. “I also live in the West Village and I have frequented the bar many times — not back in the day when it happened. I’m not that old.”

Campbell was a teenager back then. He teamed with the 38-year-old composer Iain Bell on “Stonewall,” which premieres Friday at the Time Warner Center’s Rose Theater in a five-performance run that ends June 28 — exactly a half-century after the events portrayed.

“We don’t think that celebrating Stonewall needs to be a beer-soaked T-shirt, in-the-street celebration,” Capasso said during rehearsals. “It could also be, let’s get dressed up, let’s go to the opera, let’s do something else that’s a little bit more elegant.”

Opera Holland Park in London may present the production next year, and the staging also may travel to the Theatre des Champs-Elysees in Paris.

Roles include Maggie, a butch lesbian; Andy, a white kid who was kicked out of his home and lives on the streets; Troy, a straight go-go boy and hustler who uses drugs; Maynard, a black clerk who goes by the name Renata at night; Carlos, a Dominican American teacher; Edward, a closeted financial adviser; Leah, a Jewish lesbian; Sarah, a transgender hippie; and Sal, a Mafia-connected club manager.

“I think the most fun thing for me about this project was getting to have the opportunity to represent such a diverse cast of characters,” Bell said. “We have such a glorious diversity of cast here, representative of the people who were at Stonewall that evening, and to have the chance to give these people musical life was utter joy.”

Bell agreed to compose the opera after Capasso traveled to London and persuaded Bell over coffee at Fernandez & Wells in Mayfair. He composed the score after working on “Jack the Ripper: The Women of Whitechapel,” which premiered in March at the English National Opera.

Action takes place in three parts over 75 minutes, first in many locations around New York, then at and outside the Stonewall Inn, and finally on Christopher Street before dawn. The composition is scored for 40 orchestra parts. A jukebox features “Today’s The Day,” about a wedding, and “Better Days Ahead,” a sad song in the style of Shirley Bassey.

“Opera is generally of tales or big events, tragic deaths or romance, and I think that this has elements of grandness to it,” said tenor Andrew Bidlack, who portrays Andy. “It was a major event that more or less started the gay civil rights movement.”

The financially challenged City Opera emerged from bankruptcy to relaunch in January 2016 but cut its schedule at the 1,185-capacity Rose Theater from 16 performances of four operas in 2017-18 to just “Stonewall” this season, plus several works in smaller venues. Board Chairman Roy G. Niederhoffer quit in February.

“This was a transitional season for us,” Capasso said. “We’re in a regrouping position, I guess, and we’ve got we’ve got a lot of chips on the table with ‘Stonewall,’ to be perfectly honest.”

About 3,500 tickets have been sold to “Stonewall,” among four operas on race and gender that are premiering in quick succession.

“The Central Park Five,” by composer Anthony Davis and librettist Richard Wesley opened at the Long Beach Opera on June 15, the same day “Fire Shut Up in My Bones” by Terence Blanchard and the Kasi Lemmons debuted at the Opera Theater of St. Louis. “Blue” by Jeanine Tesori and Tazewell Thompson premieres at the Glimmerglass Festival in Cooperstown, New York, on July 14.

“Art has always been sort of this medium of social justice,” said baritone Brian James Myer, who sings Carlos in “Stonewall.” ”In the opera world particularly there are a lot of stories being told for people of color.”

Ronald Blum for the Associated Press.

A Toast To the City of Classical Music: Living a Musical Life in Vienna
Closets Are For Clothes — Celebrating Pride Month through Musical “Coming Out” Stories
9 Works by Women Writers We Want to See Adapted into Operas
In the Age of the Visual Album, What Can Opera Learn from Beyoncé?
Decade in Review: The 2010s and Classical Music
Waltzes in a Pandemic: How Vienna Phil Will Continue Its New Year’s Tradition