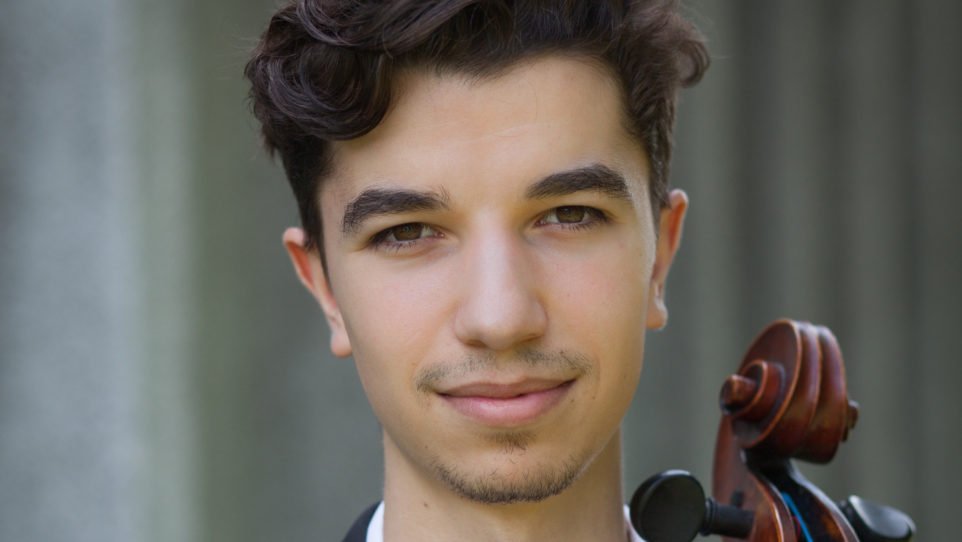 Gabriel Martins and Joseph Liccardo present music for cello and piano by both Clara and Robert Schumann as well as a Beethoven sonata live from the Chicago Cultural Center for this Dame Myra Hess Memorial Concert broadcast.

American cellist Gabriel Martins (b. 1998) is a prize-winner of the David Popper International Cello Competition, Orford Music Award, Prague Spring International Music Competition, Sphinx Competition, and International Tchaikovsky Competition for Young Musicians. He has performed as a soloist and chamber musician in venues such as Zankel Hall at Carnegie Hall, the Great Hall of the Moscow Conservatory, Teatro Gran Rex in Buenos Aires, and Walt Disney Concert Hall in Los Angeles. According to esteemed cellist Ralph Kirshbaum, he has “revealed heart, passion, intellect, and a finely-nuanced palette of colors in a compelling manner worthy of a seasoned artist.”

Martins has collaborated in chamber music with artists such as Miriam Fried, Edgar Meyer, Csaba Onczay, and is also the newest member of the SAKURA Cello Quintet which has been described as “brilliant” and “superb” by the Los Angeles Times. During the 2018/19 season, he was invited to tour with Miriam Fried and Musicians from Ravinia’s Steans Music Institute, giving concerts in Boston, Chicago, New York City and elsewhere.

Growing up in Bloomington, Indiana, Martins began playing the cello when he was five, studying with Susan Moses at the Indiana University String Academy. He has since held fellowships at the Aspen Music Festival and School, Orford Music Academy, Piatigorsky International Cello Festival, and Ravinia Steans Music Institute. He obtained his B.M. degree from the USC Thornton School of Music, studying with Ralph Kirshbaum. In his freshman year at USC, he won the school’s concerto competition as well as its Bach competition.

Joseph Liccardo is active as a chamber musician, soloist, and music educator. Recent and upcoming performances include recitals at Carnegie Hall, the Chicago Cultural Center, Rockefeller University, the Krannert Center, Union College, Jordan Hall, as well as several tours of China. During the summers of 2013-2016, he participated in the Yellow Barn chamber music festival in Putney, Vermont, where he performed a wide variety of repertoire ranging from standard classics to new 21st century works. In addition, for the past two seasons, he has collaborated with the Tom Gold Dance Company for their bi-annual productions in New York. In 2006, Joseph won first prize in the Young Artist Division of the MTNA National Piano Competition. Since graduating from the Eastman School in 2006, Joseph has dedicated himself to teaching, sharing his passion for music and nurturing the next generation of artists. He is on the faculty of the Center for Preparatory Studies in Music at Queens College, where he teaches private piano, chamber music, and group performance classes. In addition, he maintains a large private piano studio. Joseph holds a Bachelor of Music degree from the Eastman School of Music, and a Master of Music degree from The Juilliard School. His primary teachers include Donald Pirone, Douglas Humpherys, and Robert McDonald.