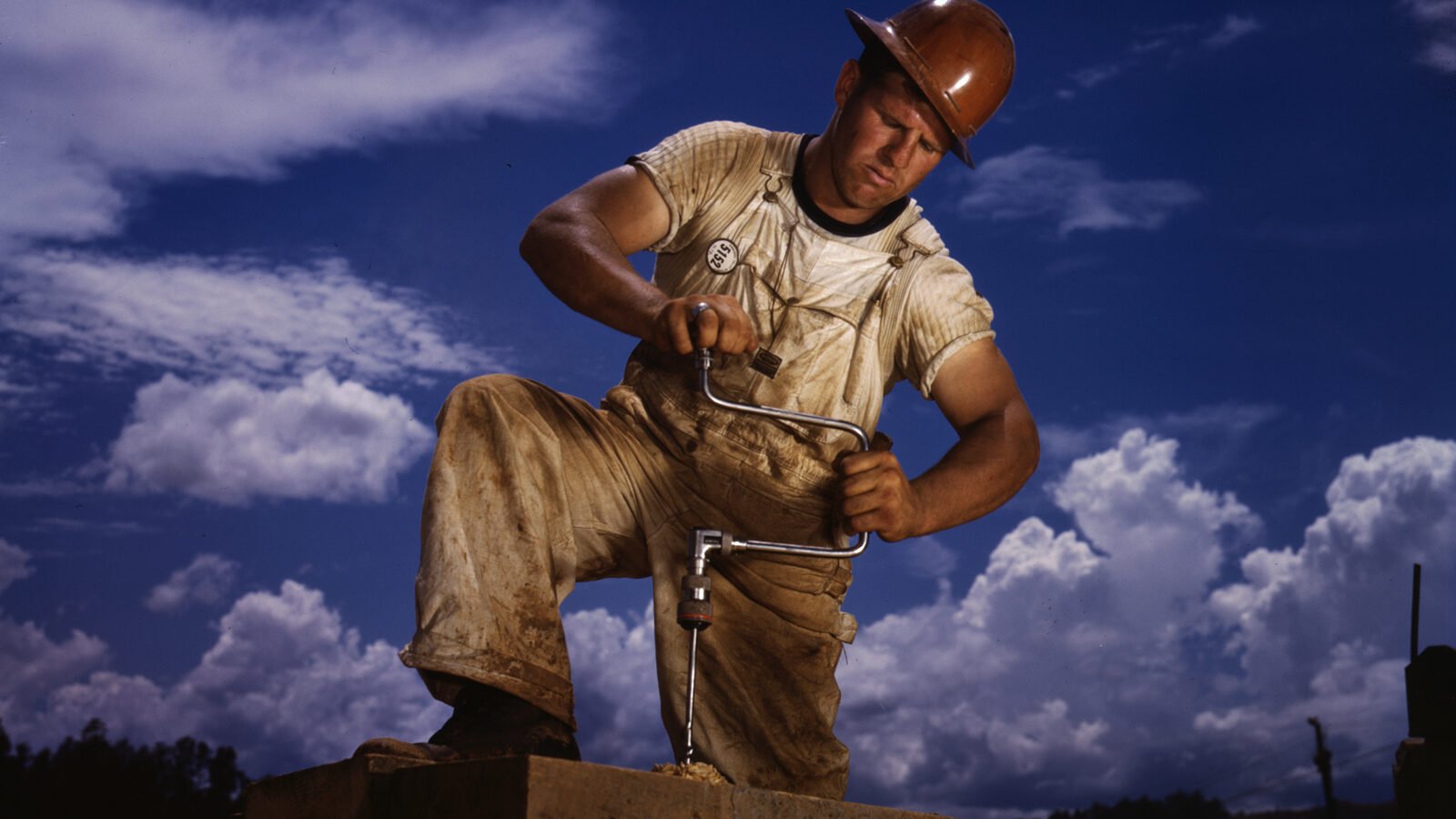 Over his almost 50-year career at WFMT, Studs Terkel continually amplified the voices of working people — the nurses, teachers, factory workers, cab drivers, custodians, air traffic controllers, and countless others most famously profiled in his 1974 book Working. This Labor Day, take a listen to just a few of the illuminating conversations on work that the Studs Terkel Radio Archive has to offer.

Studs’ interview with United Farm Workers co-founder César Chávez — one of the most recognizable labor leaders of the 20th century —covers a wide variety of subjects. Their conversation moves from Chávez’s philosophy of nonviolent activism and his efforts to organize farm laborers in California under the United Farm Workers union to the childhood experiences which motivated his commitment to labor activism. Shining through the whole exchange, however, is Chávez’s commitment to “try to get people together to protest to try to claim those rights that are so fundamental. A right to live, a right to have enough to eat, and so forth.”

President Ronald Reagan’s firing of 11,345 striking air traffic controllers (represented by PATCO) in August 1981 is one of the most consequential moments in American labor history, opening the door for a precipitous decline in union membership that continues to this day. Just three months after the strike, Studs Terkel sat down with PATCO member Jim Paulei to discuss not only the strike and its motivations and consequences, but also the daily grind of life as an air traffic controller.

Legends within the Chicago labor movement, Marlene and Ed Sadlowski’s push to democratize and reform the United Steelworkers of America (USW) is a fascinating window into the state of American labor in the 1970s. This conversation was recorded in 1974, shortly after Ed won the election for Director of District 31-the USW’s largest local-despite significant opposition from USW national leadership, Ed and Marlene talked with Studs about their battle to reform and inject militancy into the USW, the role female steelworkers played in their victory, and answer the question of just why exactly a worker might want to be part of a union.

One of the many lesser-known strikes in the long history of American labor, the 1975 Cook County Hospital Doctor’s Strike is given a full exploration in this discussion between Studs and Dr. Tessa Fischer, Dr. Mark Bonnell, and Dr. David Moore, recorded shortly after the conclusion of the strike. The four discuss the ins and outs of working at Cook County Hospital and their demands not only for better wages and working conditions but also for a greater say in the management of the hospital-all in the face of opposition from hospital administrators. “We’ve gone to this extreme point,” one of the doctors admits, “a place we didn’t want to find ourselves, only out of futility.”

The Ashtabula, Ohio Nurse’s strike was one of the longest nurse’s strikes in US history, lasting a whopping 570 days between 1980 and 1982. At the end of the strike, Studs talked to two nurses, Mary Runyon and Kathy Ann Keller, who became two of the more prominent organizers of the strike. The two–part conversation touches on their working-class (though non-union) backgrounds, the working conditions that motivated them to strike, the hostility they faced from the hospital and the local media, and how two people who “never did anything radical in their life” became fiery labor leaders.