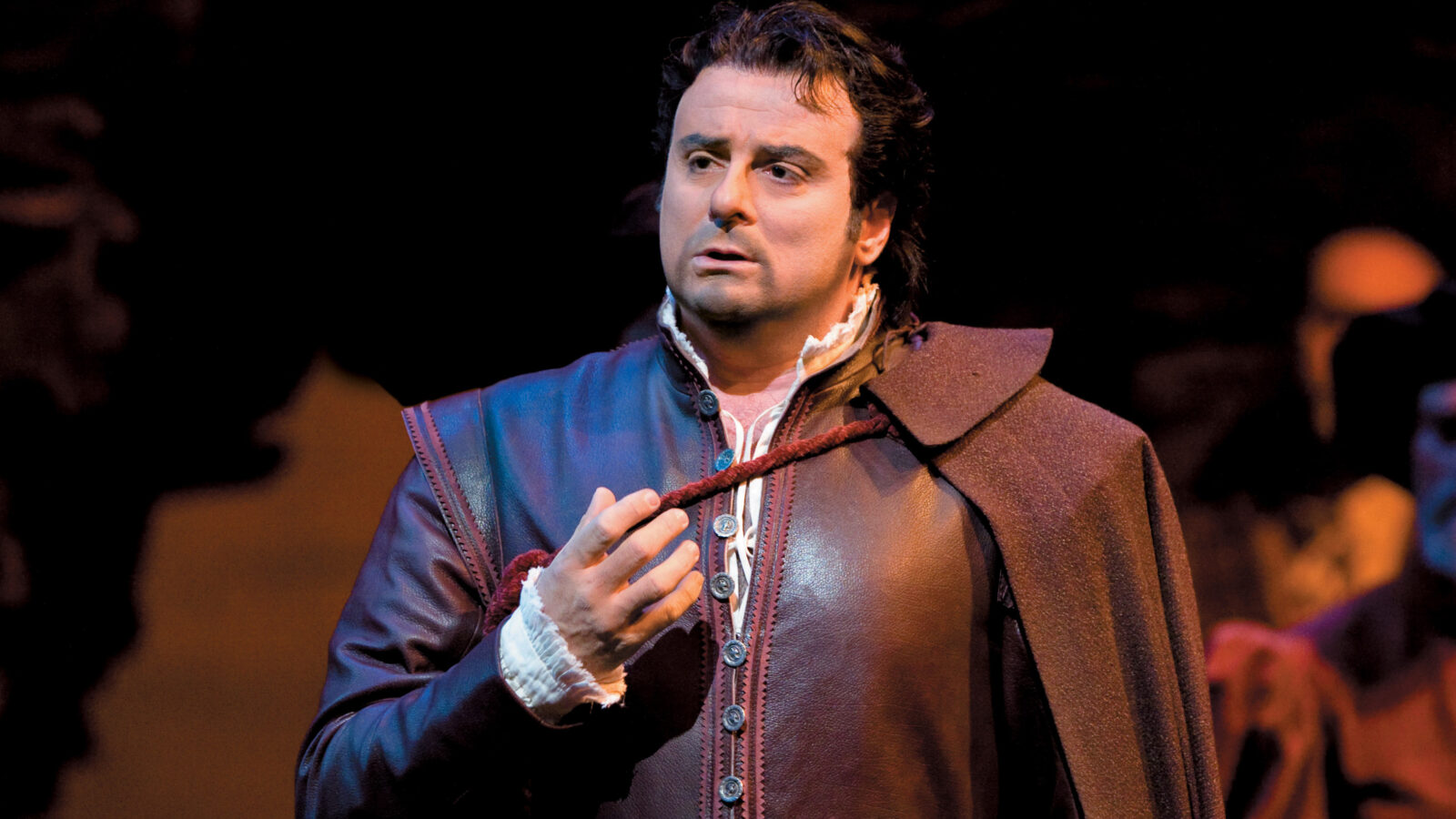 Tenor Marcello Giordani, renowned for a voice of beauty and heft that made him a star at the world’s top opera houses, died Saturday. He was 56.

Giordani had a heart attack following lunch at his home in Monte Tauro, a suburb of Augusta in Sicily, and could not be revived, his vocal coach, Bill Schuman, told The Associated Press.

“I talked to his wife, Wilma,'” Schuman said. “He said he was thirsty, got up from his chair for some water and collapsed. They had a helicopter-ambulance come in, but he was already gone.”

In an era when the Three Tenors waned in the 1990s and 2000s, Giordani was sought after in lyric and later spinto roles.

“It’s a tragic loss,” soprano Renée Fleming, a frequent singing partner, wrote in a text to the AP, recalling him as “a remarkably lovely man.”

“He possessed the easiest, most clarion high notes, and was convincing in every role,” she said.

Born in Sicily on January 25, 1963, Giordani was the son of a prison guard who retired and then owned a gas station.

“That’s mostly where I made my debut, making coffee,” he said in an interview with the AP in 2007. “People still remember me when I was 12 or 13, singing or bringing coffee.”

He moved to Milan when he was 23. He made his professional debut as the Duke in Verdi’s Rigoletto at Spoleto, Italy, in 1986, and sang his first performance at Milan’s Teatro alla Scala as Rodolfo in Puccini’s La bohème in 1988.

His American debut followed as Nadir in Bizet’s Les pêcheurs de derles (The Pearl Fishers) at the Portland Opera during the 1988-89 season, and he made his first appearance at the Vienna State Opera in 1992 as the Italian Singer in Strauss’ Der Rosenkavalier.

Giordani considered the key to his career his move to New York in 1994, when he began studying with Schuman. Conductor Riccardo Muti told Giordani he needed to improve his technique, and Giordani’s agent, Matthew Laifer, directed the tenor to Schuman.

Debuts followed in 1995 at London’s Royal Opera as Alfredo in Verdi’s La traviata with conductor Georg Solti and at New York’s Metropolitan Opera as Rodolfo.

He sang Gabriele Adorno in Verdi’s Simon Boccanegra at Covent Garden in 1997 during Solti’s final opera performances before his death that September. In 2003, he sang Henri at the Paris Opera’s first production since 1863 of the original French version of Verdi’s Les vêpres siciliennes.

Giordani became a regular at the Met, singing 241 performances through the 2015-16 season and moving often moving his family to a New York apartment for either the autumn or spring portion of the season.

He sang Pinkerton in Puccini’s Madama Butterfly in the opening night of the 2006-07 season in the premiere of Anthony Minghella’s production.

“He was able — and I think this is unusual — to surrender any preconceptions he had about a role he has sung many times before and arrive in our production as an enthusiastic innocent,” Minghella said.

That high-profile night, led by music director James Levine, was the first performance of Peter Gelb’s term as general manager.

“Certainly the top of his voice is incredible,” Gelb said then. “He is a great singer, a great artist.”

That same year, Giordani performed in the Great Hall of the US Supreme Court at the invitation of Justice Ruth Bader Ginsburg.

Giordani later ranged into some heavier roles, including Don Jose in Bizet’s Carmen and the Aeneas in Berlioz’s Les troyens.

“I think I’m pretty able to understand what is good for me to sing or not,” Giordani said. “I’m in the business for almost 20 years. I could sing the heavy repertoire 10 years ago, but I decided, ‘Don’t do it’ because I saw many, many singers fall down choosing the heavy repertoire, make a huge amount of money in five years and then disappear.”

Yet, age took a toll, and he lessened his appearances on the major stages in recent seasons. He established the Marcello Giordani Foundation to support young singers.

“His choice to create a foundation in support of young singers at such an early age was unusual,” Fleming said.

Survivors include his wife, the former Wilma Ahrens, and sons Michele and Gerard Andre.

This story has been updated to correct the title of an opera to Simon Boccanegra, instead of “Simone.” Ronald Blum for the Associated Press

In the Age of the Visual Album, What Can Opera Learn from Beyoncé?
Sing Different: Why the Life of Apple's Steve Jobs Makes for Great Opera
Grammys 2022: See All the Classical+ Nominees (And Winners)
Cecilia Bartoli named the first woman artistic director of the Monte Carlo Opera
James Levine, who ruled over Met Opera, dead at age 77
U2, George Clooney, Amy Grant among Kennedy Center honorees