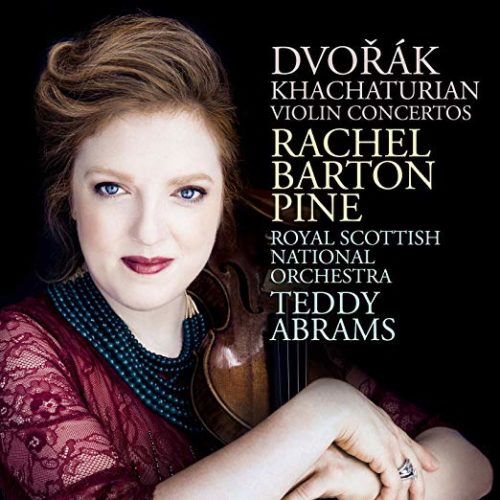 Violinist Rachel Barton Pine, joined by conductor Teddy Abrams and the Royal Scottish National Orchestra, has released a new album pairing the violin concertos by Antonín Dvořák and Aram Khachaturian. Pine explains, “The thing that really connects these concertos is that both composers were really inspired by the ethnic music of their particular region of the world: Dvořák by Czech folk music from his homeland, while the Soviet-Armenian Khachaturian drew upon the harmonies, rhythms, and colorful affects of Armenian folk music and other music of the Caucasus.”