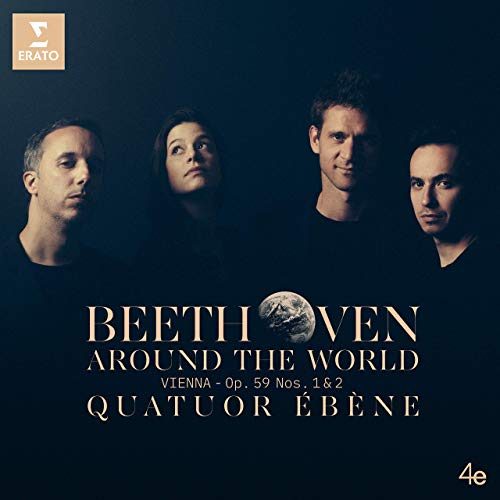 “In themselves, Beethoven’s quartets represent an odyssey, a round-the-world voyage,” says the Ébène Quartet. The French ensemble is marking the 250th anniversary of Beethoven’s birth with a global tour of 21 countries. In the course of their “Beethoven Around the World” tour, the Ébène will make live recordings in seven different cities: Vienna, Philadelphia, Tokyo, São Paulo, Melbourne, Nairobi, and Paris. This first release, recorded at the Konzerthaus in Vienna, comprises the first two ‘Razumovsky’ Quartets: Op. 59 No. 1 and Op. 59 No. 2.