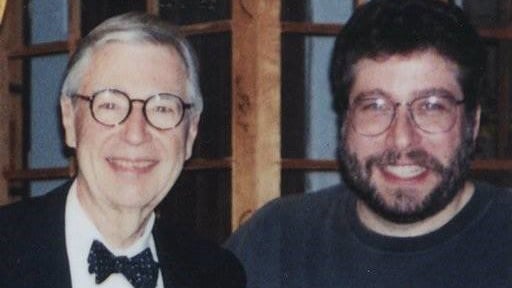 For many of us, just hearing the words "It's a beautiful day in the neighborhood," is enough to transport us back to our childhoods. Fred Rogers and his long-running program Mister Rogers' Neighborhood left an indelible mark on the landscape of public media and children's television, a legacy that continues thanks in part to a 2018 documentary and a recently released biopic starring Tom Hanks as the beloved children's TV host.

Even beyond the show's hallmark theme song, music played an important role in the program. Michael Moricz would know — currently a rehearsal pianist at Joffrey Ballet, Michael was the music director on the Neighborhood. He joined the program in 1996 after his predecessor Johnny Costa, who was the founding music director on the Neighborhood, passed away. Of Mister Rogers' musical prowess, Michael said, "Fred was deeply musical... He wrote all the songs, which people didn't necessarily think about. But the music was such an important part to him of how he approached communicating. His goal was direct communication with children."

WFMT spoke with Michael, who generously took time out of his busy schedule rehearsing for The Nutcracker at Joffrey Ballet, about the music and legacy of Mister Rogers and his Neighborhood.