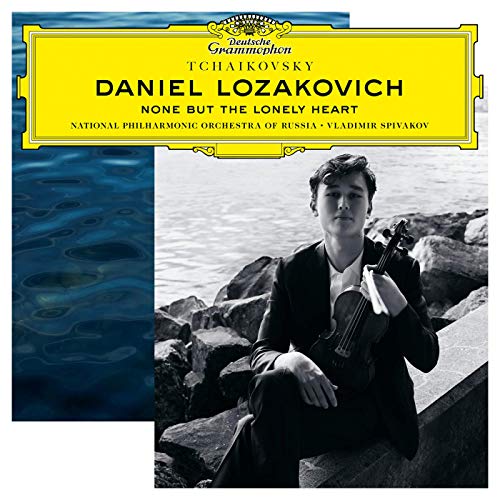 None but the Lonely Heart captures the extraordinary maturity of Daniel Lozakovich’s interpretations of Tchaikovsky. The 18-year-old violinist’s second album for Deutsche Grammophon features a live performance of the composer’s Violin Concerto, recorded with the National Philharmonic Orchestra of Russia under the helm of conductor, and fellow violinist, Vladimir Spivakov, with whom Lozakovich made his solo debut in 2010. The album also includes other works by Tchaikovsky, among them the Méditation for violin and orchestra and arrangements of two vocal works, Lensky’s Aria from Eugene Onegin and the sublime Romance, “None but the lonely heart.”