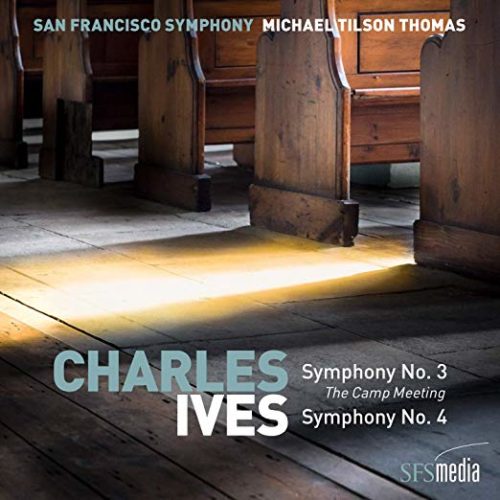 Michael Tilson Thomas and the San Francisco Symphony perform Symphonies Nos. 3 and 4 of Charles Ives on their latest release, recorded live at Davies Symphony Hall in November 2017. The album also features a selection of hymn tunes which served as sources of inspiration for Ives. Tilson Thomas, a leading champion of Ives’ work, says, “At its core, the music of Charles Ives is an expression of the heart and soul of America. The complexity of Ives’ rhythmic and harmonic ideas was very much ahead of his time, and, even as he was often labeled eccentric by his peers, he created a uniquely American sound. My aim with this album is to reveal the true essence of Ives’ music in order to allow the audience to see America through his eyes.”