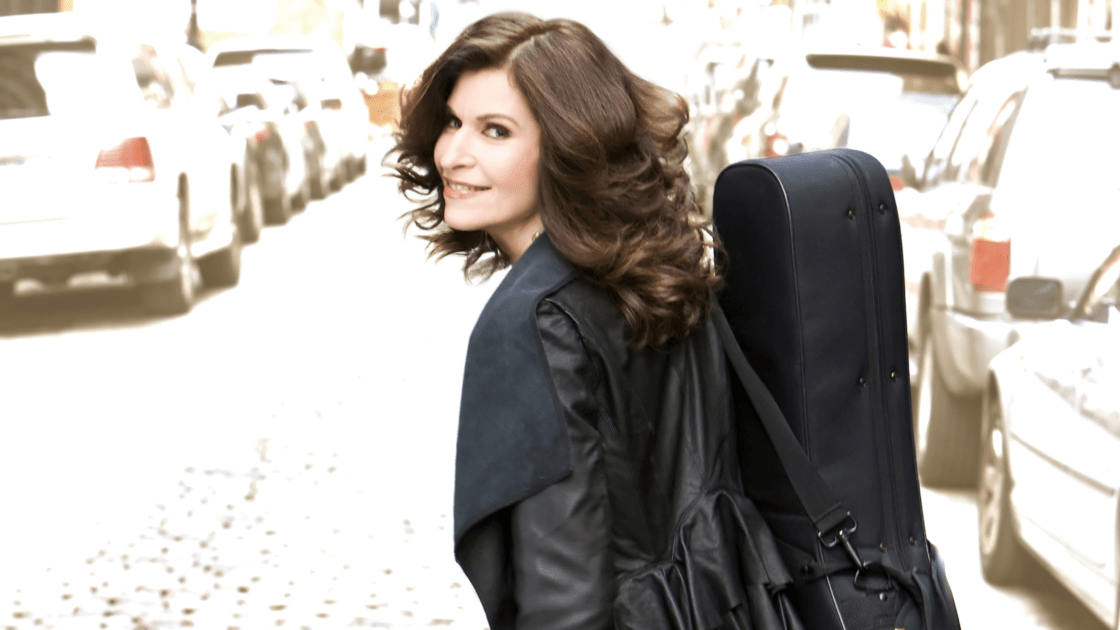 Music was not always Sharon Isbin’s calling. A self-described “science kid,” a simple miscommunication prompted her to take up the guitar in her youth.

“I started by accident,” Isbin recounts, describing her fortuitous beginnings with her instrument. She was 9 years old and living in Italy with her family. Her older brother asked for guitar lessons. “My parents learned that there was a teacher who had studied with Andrés Segovia who was touring in Italy, and they brought my brother in for the interview. And he said, ‘Classical? No way. I want to be Elvis Presley.’ So he never took a lesson, and I volunteered to take his place more or less out of family duty.”

She kept up with the instrument after her family returned to Minnesota, but still as a hobby. She recounts, “My father used to bribe me and say, ‘You can’t launch your model rockets until you put in an hour on the guitar.’”

It was not until Isbin won a young artists’ competition that she began to take more interest in her instrument. The award was to perform with the Minnesota Orchestra as a soloist, performing a Vivaldi guitar concerto. “I thought, ‘Wow playing for 10,000 people with Minnesota Orchestra, this is even more exciting than setting my worms and grasshoppers into space. I think I’ll become a guitarist.’”

Now, this same pivotal guitar concerto appears on her latest album, Souvenirs of Spain & Italy with the Pacifica Quartet on Chicago’s Cedille Records label. Featuring works by Vivaldi, Boccherini, Turina and Castelnuovo-Tedesco, the album is a return to the region that launched her journey with the guitar.

“Each of the pieces is rarely heard, rarely performed, rarely recorded, Isbin begins. “For instance, the quintet by Mario Castelnuovo-Tedesco — one of the reasons [that it is seldom performed] is that it’s so difficult. It’s like a concerto for each instrument. It just blew my mind how hard it was — I was practicing 15 hours a day to put it back in my fingers. It was so difficult and very rewarding.”

Another enriching aspect of revisiting this piece was in meeting and working with Castelnuovo-Tedesco’s granddaughter, Diana. “I discovered that [she] lived just a few blocks from me in New York City. I contacted her and she was thrilled to share all kinds of fascinating stories about her grandfather,” Isbin smiles, “She gave me a copy of his handwritten manuscript to the quintet, which ended up being a tremendous and valuable resource for us to study. I felt like Mario was there and that I was part of the family, and it just became something so inspiring to me to have that connection.”

So even though the sunny locales of Spain and Italy are halfway around the world, for Sharon Isbin, this repertoire is as immediate and personal as it gets.

For more information about Souvenirs of Spain & Italy, visit cedillerecords.org. This interview has been lightly edited for clarity.