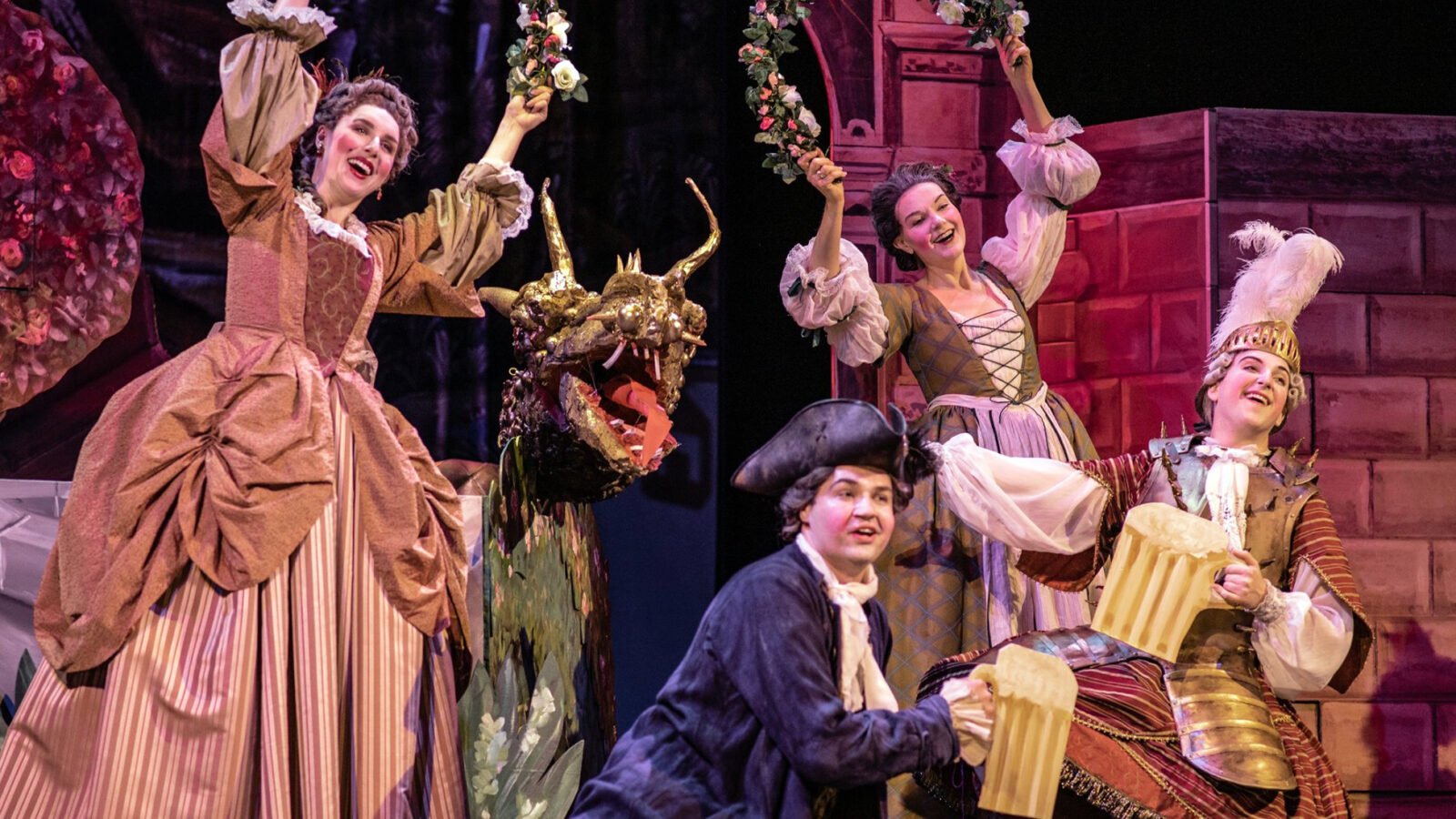 It's Baroque opera, minus the sobriety. The serious operas of Handel and Gluck get the parody treatment in this excerpt from the 1737 opera The Dragon of Wantley performed by Haymarket Opera Company!

The opera, by composer John Frederick Lampe and librettist Henry Carey, tells the story of a small English village besieged by a terrifying dragon. It might not seem like the funniest situation, but hilarity ensues when a boozy knight is called to defend the countryside and defeat the dragon. Enjoy the finale of the opera seria lampoon below!