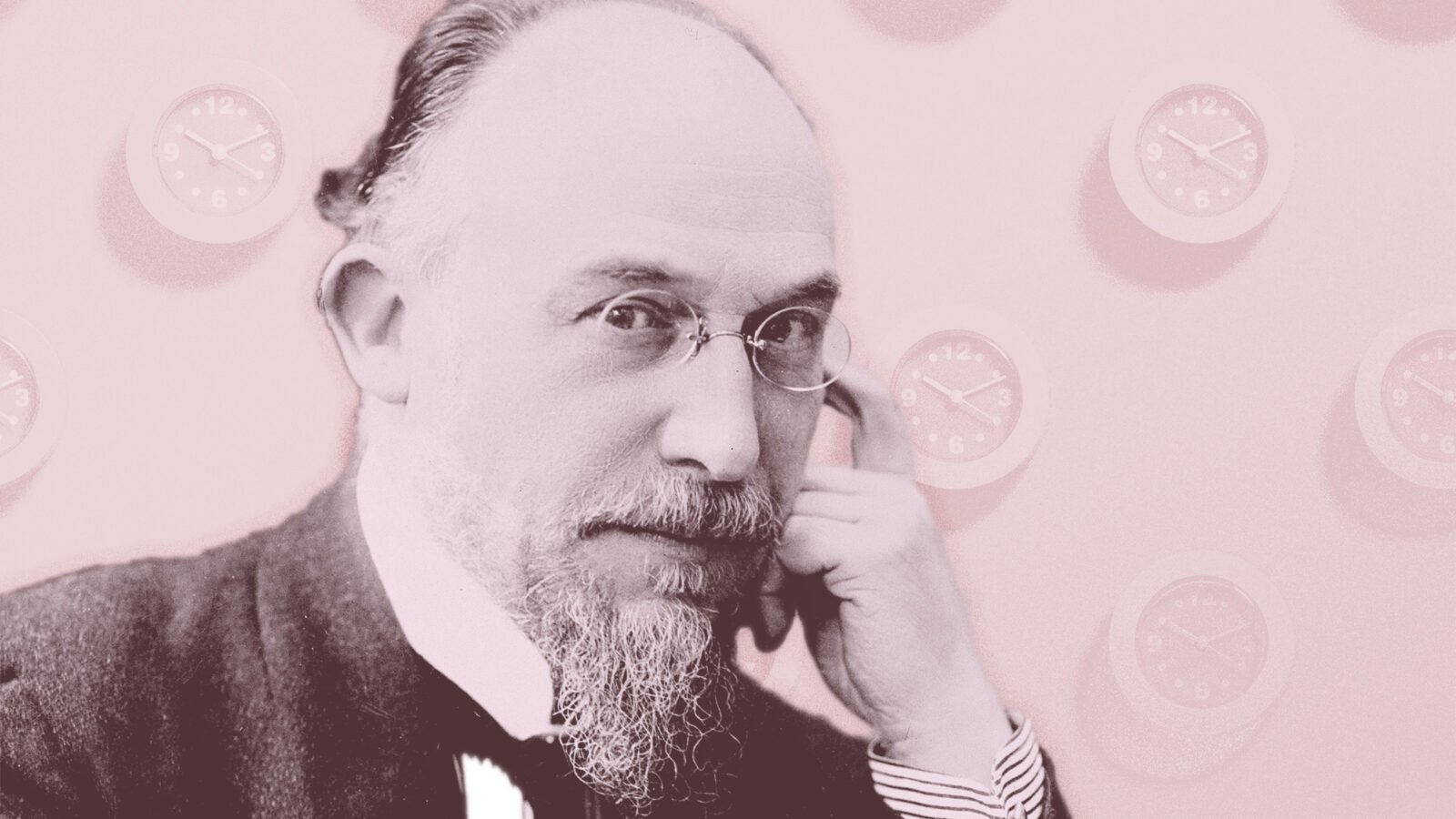 This weekend, while many are preparing to tune in to the Big Game, one artist will be embarking on a uniquely athletic and strenuous concert more than 12 hours in length. Carl J. LaMark, a pianist and composer who hails from the Chicago area, will be performing Erik Satie’s full Vexations beginning the morning on Sunday, February 2 (and lasting well into the night) in a free concert at Access Contemporary Music’s Avondale/Logan Square location.

If you’re not familiar with what may be the idiosyncratic composer’s most eccentric work, Vexations is comprised of a half-page of music repeated 840 times. At an average pace of one minute per repetition, you’re looking at a whopping 14 straight hours when the work is performed to completion.

LaMark sees Satie as an ironist: “I think he can be really hilarious sometimes,” he maintains. But even if the gargantuan piece is a sort of absurdism, the undertaking is no laughing matter. WFMT spoke with LaMark about the music, his preparation, and his tips for audience members.

WFMT: There’s one question that I’m sure you’ve been asked a bunch of times since announcing this performance, which is, how did you decide to take on Satie’s mammoth Vexations? 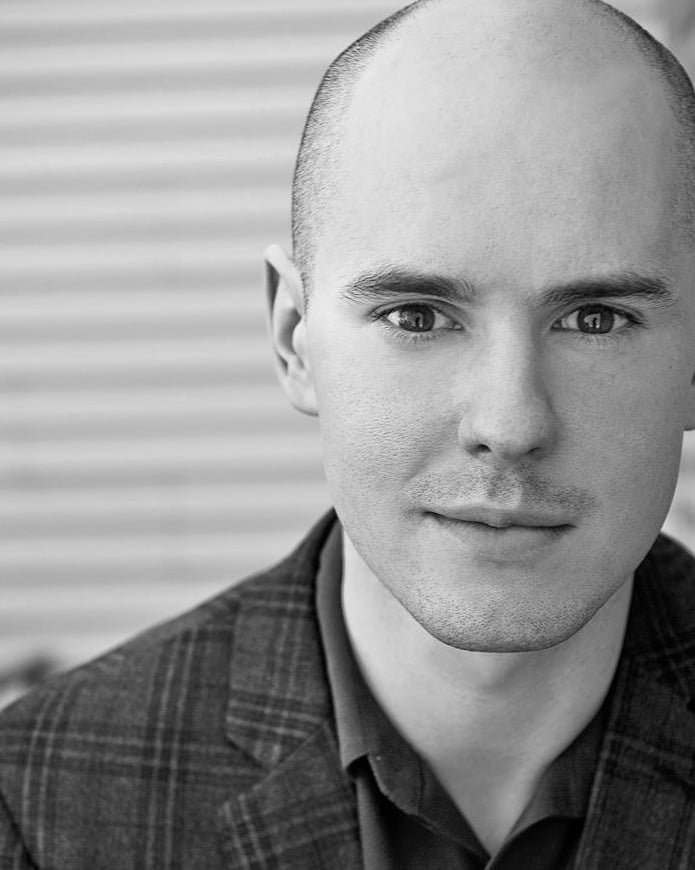 Carl LaMark: Well, no matter how many times you’re asked that question, you never know what to answer. Where I am right now with that is there’s no good reason to do it, and there’s no reason not to do it. I originally planned to do this about 2 years ago as a test for myself. I kept putting it on hold because the logistics of finding a venue that’s accommodating for it.

But I woke up one morning before the New Year, and it popped into my head while shaving that, “Let’s see if I can make this work. It’s not going to kill me to do it.”

WFMT: Can you give the audience a little bit of a preview of what they can expect in terms of the actual concert experience?

LaMark: I absolutely expect people to come in and out as they please, you know, and right now, I’m thinking of letting the audience, read a book while they’re there, look at their phone, play a game of chess with their friends. I want them to not treat it like it’s a normal concert. This is an act of performance art more than anything else.

I want the audience to feel free to come up to me during the performance and say a word or two or ask me if I’m ok. It’s not going to be anything fancy. This is the most DIY thing I’ve ever done.

WFMT: I feel like it’s really easy for the actual piece of music to get overshadowed by the kind of Olympic accomplishment of actually performing it. How would you characterize this piece? What kind of experience is attained by being wrapped in it for hours and hours?

LaMark: It shifts by increments, repetition by repetition. And it goes. It can be obscenely lyrical and haunting, to just being a dagger in your heart and a sinister being to be with after a while.

I’ve never done all 840 repetitions in a row yet. But what I’m expecting the experience to be is not that I’m going to repeat it the exact same way every single time. I’ll let the music act on me, see how my mood shifts and how my body starts to lag. Let that bleed into the performance. Each repetition might end up being double the length by the end of it. I’ll allow myself to take the liberty.

WFMT: From a pure stamina standpoint, what are other ways that you’ve been preparing for this?

LaMark: I did about 400 repetitions one day at a very fast tempo, just to get it under my fingers. I was still on the bench for four hours straight. My back started to kill me, and I realized that this is going to be an experience where I can’t use a regular piano bench. If I do, it’s going to completely ruin me for a couple of weeks. There are other practicalities, like fasting for a day-and-a-half or so beforehand. Making sure you have something with energetic properties like a crystallized ginger or something like that for a little rush of energy.

Staying as relaxed as possible and not letting the tension get into your arms because, you know, if you’re going 12, 14 hours at a time, the moment the tension starts to creep into one part of the body, you’re spending an hour trying to get it out of your consciousness.

LaMark: Can I fake a back spasm or something like that? I expect there is going to be a lot of doubt as I just keep going and going and going. I’m going to be trying to rewire my brain. Every time a negative thought comes in, I’m going to try to replace it with something else. So I can just continue. I can’t think about it as 14 hours, I have to think, “I only have to make it through one repetition and then I can move on.” And that’s just a decision to do another one.

WFMT: That brings up another question. How are you going to keep count?

LaMark: The simplest way possible: I’m going to make 840 copies of the one-page score. I’m going to tear off each page after a repetition and after I haven’t decided if I’m going to throw it on the ground or not. The audience members can take one if they want as they come and go as a souvenir.

WFMT: How are you feeling about the performance?

LaMark: I’m going to keep being on edge about this project until it’s over. I’m telling myself is it’s okay to fail if this doesn’t work out. But at the end of the day, I just have to make it through one repetition at a time and keep saying yes to one more, until the last page is on the stand.

Carl J. LaMark performs Satie’s Vexations in its entirety Sunday, February 2 beginning at 10:00 am at the Avondale/Logan Square Access Contemporary Music location (3001 N Central Park Ave). LaMark expects the performance to end around 2:00 am the following morning. Admission is free. Visit the event’s Facebook page for more information and to watch a video livestream of the performance.