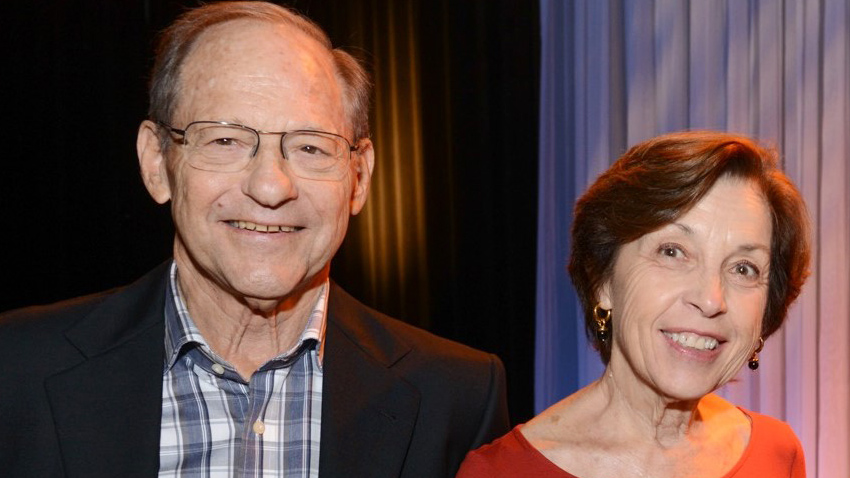 Marvin Goldsmith, WTTW and WFMT Trustee, died last Thursday evening, February 6, 2020, at age 84. Elected to the Board in June of 1977, “Marv” was one of its longest-serving members. As a trustee, he dedicated valuable time, expertise, and counsel to the Development and Investment Communities, to finance and governance functions, and to the WFMT Radio Committee. He is survived by his wife Adele, his daughters Marcie and Michelle, and his three grandchildren, Jake, Luke, and Nicole.

Marv enjoyed a long and successful career in marketing and advertising. Before establishing his own firm — Marketing That Works — in 1994, Marv served as at the president and chief operating officer of Campbell-Mithun-Esty Advertising’s Chicago office and managed accounts including Bakers Square and Oldsmobile. A 1957 graduate of the University of Wisconsin, Madison, Marv began his marketing career with a focus on the grocery food industry. “Marv’s kindness, warm and witty presence, and insightful contributions to WTTW and WFMT will be greatly missed. It was a privilege to know him, and we thank him for his long and committed service,” said WTTW and WFMT President and CEO Sandra Cordova Micek. WTTW/WFMT Trustee Emeritus Newton Minow said, “His legacy is a treasure.”

A memorial service will be held Tuesday, February 11 at Chicago Jewish Funerals, 8851 Skokie Blvd, Skokie. Contributions in his honor may be made to WTTW/WFMT or Anshe Emet Synagogue.

In Their Own Words: Quotes From Artists and Friends of WFMT Who Died in 2020
Jim Mabie, Longtime WTTW-WFMT Trustee and Board Chair, Dies at 85
70th Anniversary Special: Interview with Almita & Roland Vamos
In Their Own Words: Inspiring Quotes From Classical Artists, Members of the Arts Community, and Colleagues Who Died in 2021
In the Age of the Visual Album, What Can Opera Learn from Beyoncé?
Fareed Haque, AnDréa James, and Quartet Risata