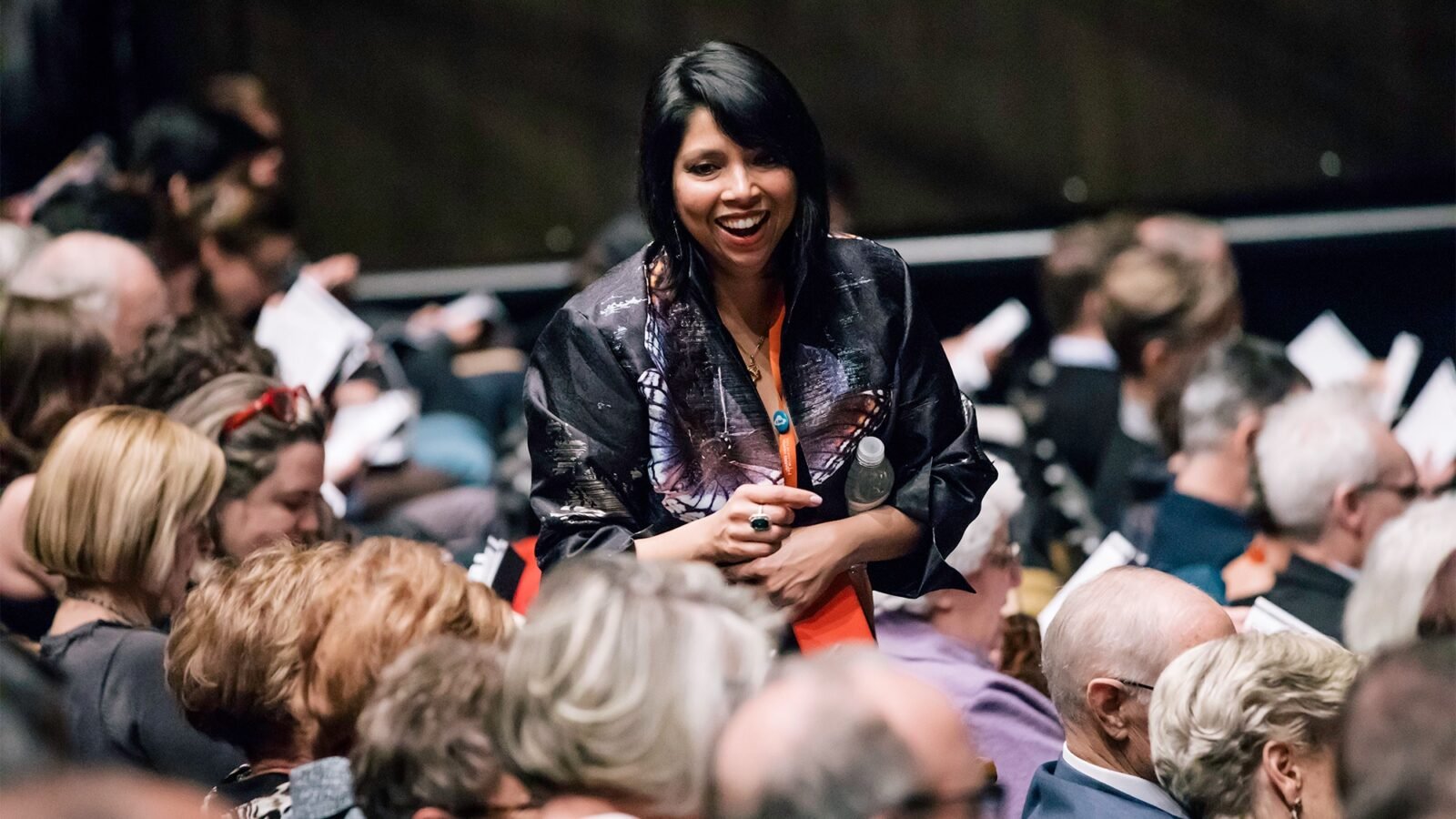 Patricia Barretto, president and CEO of Chicago’s Harris Theater for Music and Dance, has died following a 4-year battle with breast cancer. She was 45. She passed away Tuesday, March 3, 2020, with her husband, Sheldon, their son, David, her parents, William and Fatima Mcrae, and close friends at her side.

Barretto was born in Mumbai and completed a BA in English literature in India before moving to Toronto. She began her twenty-year career in the arts at the Toronto Symphony Orchestra, before working at the Royal Conservatory of Music and Canadian Stage Company. Prior to joining the Harris, Barretto was executive director of Toronto’s Opera Atelier, where she guided the baroque opera company into an internationally recognized arts organization.

While at the Harris, she grew the depth and scope of Harris Theater Presents programming by bringing in such diverse artists as the Beninese singer Angélique Kidjo and the Aboriginal Bangarra Dance Theatre Australia. Similarly, offerings for the Mix at Six include jazz trumpeter Christian Scott aTunde Adjuah, FLIP Fabrique, and Indian classical violinist Ambi Subramaniam.

In 2019, the Harris presented the first — and to this date only — US performances of English National Ballet and choreographer Akram Khan’s reimagined Giselle.

This past week marked the long-anticipated return of Sir John Eliot Gardiner to the Harris as he led his Orchestre Revolutionaire et Romantique in the full cycle of Beethoven’s Symphonies. Upon learning that she had begun hospice care, Gardiner dedicated the concerts to Barretto, sharing with the audience that without her perseverance, the cycle of Beethoven symphony performances would never have come to fruition.

“[Barretto] believed that the arts transcend boundaries and are a powerful tool to foster empathy and connection,” the Harris Theater staff shared in a statement, “She believed in presenting diverse voices, providing a platform for untold stories, and removing physical, financial, and social barriers to ensure that all members of the community would feel welcome and see themselves reflected at the Harris.”

Lori Dimun, who has been with Harris Theater since 2011 and its chief operating officer and general manager since 2017, has been named acting president and CEO.

Services will be held at Old St. Patrick’s Church, at 900 W. Adams St. in Chicago, at 10:00 am on Wednesday, March 11. And yes, thanks to Barretto’s friend and collaborator Craig Terry, there will be music.

Later this year, during a series of tributes to Trailblazing Women, WFMT will present an hour of music in her honor.