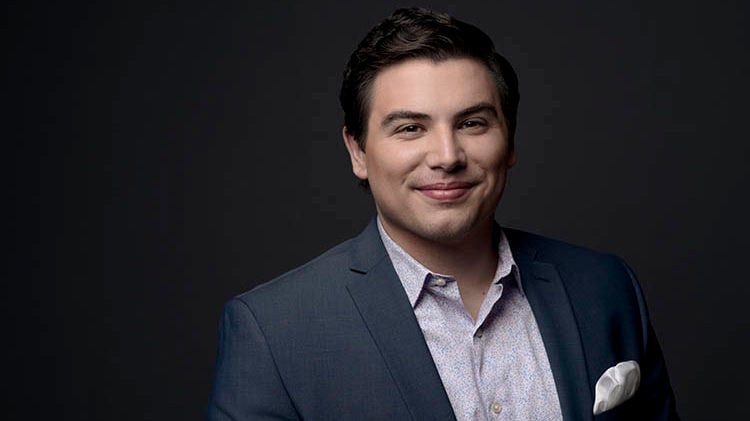 Ryan Opera Center tenor Eric Ferring along with ensemble members will perform Janáček’s song cycle Diary of One Who Disappeared. Told in 22 songs, the piece tells the story of love so powerful it overrides social boundaries. Joining the singers is Ryan Opera Center pianist Madeline Slettedahl. Below is a synopsis by James Leonard:

The dramatic song cycle The Diary of One Who Disappeared by Moravian‐Czech composer Leos Janácek,
based on an anonymous series of poems published in a Czech newspaper, was written over the course of
nearly two years. The initial inspiration for the cycle was Janácek having met and fallen passionately in love
with Kamila Stosslova in late spring 1917. However, Janácek was, at the time, deeply immersed in the
completion of his rhapsody for orchestra Taras Bulba and he set The Diary aside until this was finished in
March 1918. He then took up The Diary again and completed it in June 1919 and the work was then
premiered in Janácek’s hometown of Brno in 1921.
Scored for tenor, mezzo‐soprano, three female voices, and piano, The Diary is much more than simply a
song cycle: It is a dramatic song cycle that not only tells a story, it tells a story that is all but staged. Its 22
pieces divided into three parts, The Dairy is the tale of a peasant boy who meets and falls passionately in
love with a gypsy girl. The first eight songs are sung to the peasant boy; the central four songs plus piano
interlude depict his seduction with the entrance on stage of the mezzo‐soprano and the three female
voices; and in the last nine songs, the peasant boy describes his reaction to the seduction and his taking of
his own life for the life of a gypsy.
The music of The Dairy is Janácek at his most erotic. As always with Janácek, the melodies are closely
modeled on the cadences of the Czech language and the voices’ tessitura is at the highest end of the
singers’ range. In the case of The Diary, this gives the melodies the ache and arch of sexual longing. The
height of the work’s vocal sexuality comes in its central section, when the mezzo‐soprano and three
female voices come to seduce the boy. The piano interlude after the seduction clearly depicts the
lovemaking of the peasant boy and the gypsy girl in throbbing rhythms and lushly pointed chromatic
harmonies.

Diary of One Who Disappeared, by Leoš Janáček