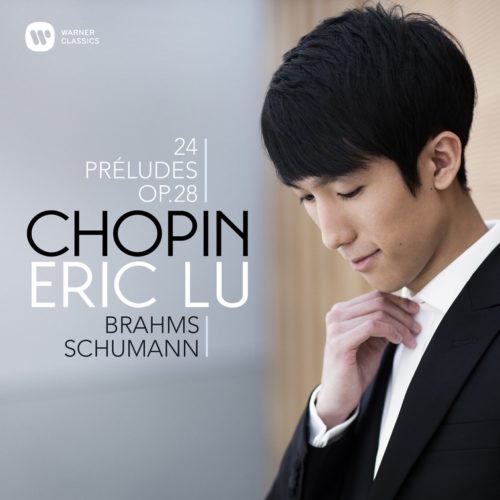 In his second album with Warner Classics, pianist Eric Lu performs an emotional repertoire of music by Chopin, Brahms, and Schumann. The centerpiece for the album, Chopin’s 24 Preludes, was an inspirational collection of works for Lu at a young age, and was composed during a period of turmoil in Chopin’s life. Lu pairs the Preludes with the vulnerable Ghost Variations, the last piece composed by Schumann before his death, and the introspective and sorrowful Intermezzo No. 1, Op. 117 by Brahms, which he once described as “the lullaby of all my grief.”