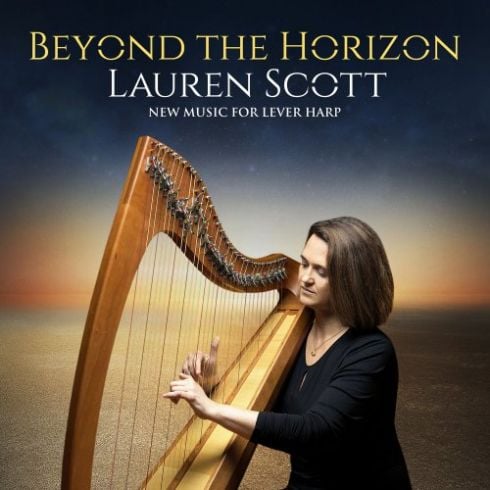 Lauren Scott’s passion for the lever harp inspires her interpretations of atmospheric works by 20th century composers ranging from John Cage and Peter Maxwell Davies to Lennon & McCartney, as well as her own ambient compositions. Beyond the Horizon, Lauren’s debut solo album, casts a twilight glow on the unique qualities of the traditional lever harp – also referred to as the Celtic harp – and the kaleidoscopic colors it produces, sonorities that Lauren enhances with extended techniques including note bending and percussive effects in her own music.