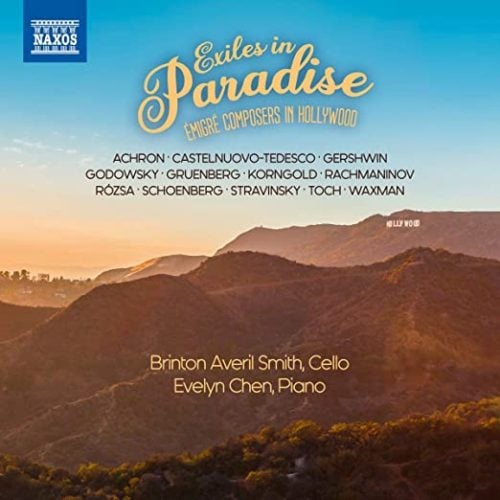 Political crises and rising antisemitism in Europe during the first half of the 20th century prompted many leading musicians to immigrate to America. An influx of refugees formed a flourishing artistic community centered within a few square miles near Hollywood. This exceptional gathering of composers transformed America’s musical landscape. “Exiles in Paradise” explores their diverse output through music for cello and piano, performed by Brinton Averil Smith and Evelyn Chen. The album includes arrangements by the composers and their fellow expatriate performers never before heard on the cello.