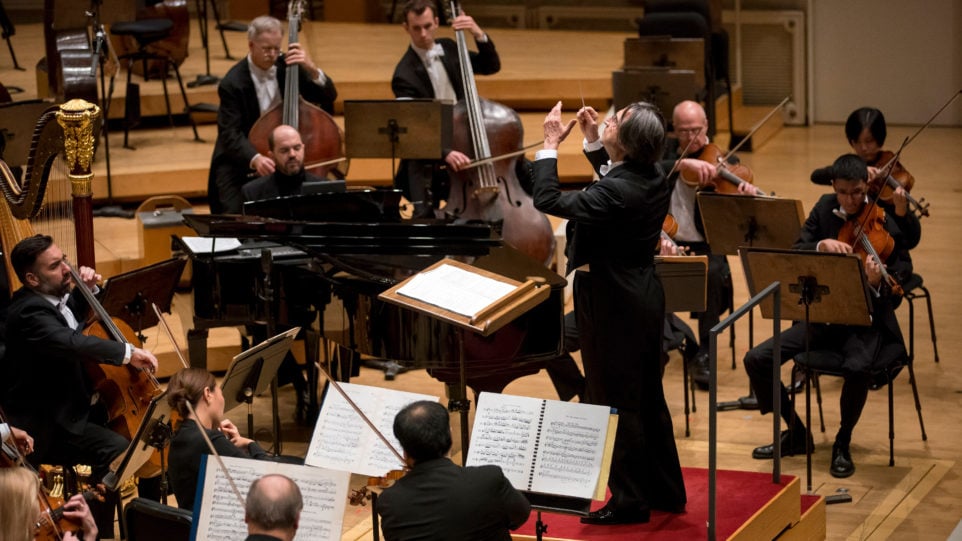 Riccardo Muti is on the podium to lead the Chicago Symphony Orchestra in a program featuring Russian-American pianist Kirill Gerstein in Brahms’s First Piano Concerto from November 2017. Gerstein also performs the piano part in a suite from Strauss’s Le bourgeois gentilhomme with Puccini’s Preludio sinfonico opening the concert. Closing out this broadcast, Muti leads Rimsky-Korsakov’s orchestration of Mussorgsky’s A Night on Bald Mountain from a concert in September 2016.