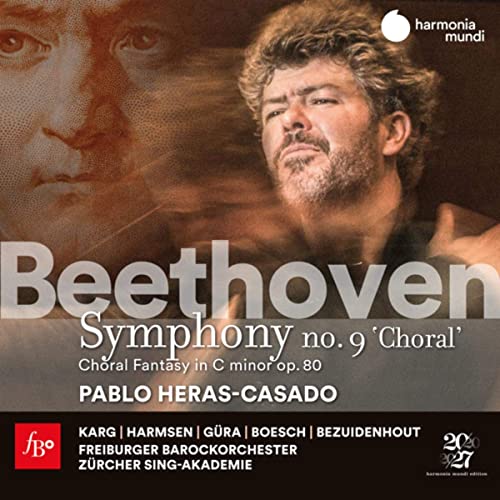 This double album enshrines the exemplary work of an ensemble whose designation “Baroque Orchestra” by no means limits its excursions into later music. Under the direction of conductor Pablo Heras-Casado, the Freiburg Baroque Orchestra and Zürcher Sing-Akademie offer a profoundly renewed vision of Beethoven’s Ninth Symphony, the direct descendant of the much earlier “Choral Fantasy.” The latter work showcased one of Beethoven’s most extraordinary talents: improvisation at the keyboard. Kristian Bezuidenhout is featured here on the fortepiano.