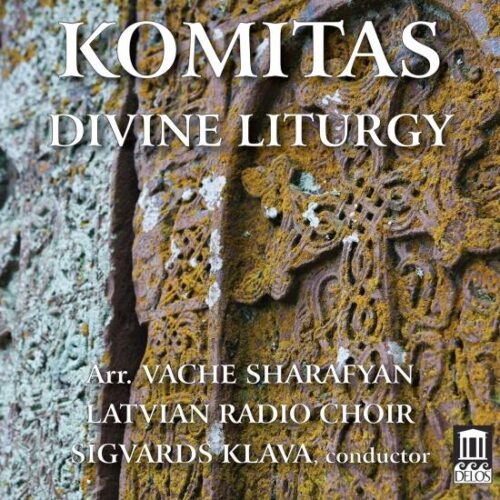 It is impossible to overstate the significance of Komitas Vardapet’s music to the Armenian identity. A priest and eminent ethnomusicologist, Komitas was a victim of Mets Yeghern, the 1915 genocide in which 1.5 million Armenians in Turkey were either slaughtered or died on forced marches into exile. Though he survived, his psyche was shattered, and he spent most of his last two decades in exile in a Paris asylum. Komitas began working on the Divine Liturgy in 1892, and at least ten versions exist. This is the first-ever recording of a mixed-choir version, beautifully arranged and edited by the Armenian composer Vache Sharafyan. The acclaimed Latvian Radio Choir is led by its artistic director, Sigvards Klava, with guest soloists bass Hovhannes Nersesyan and tenor Armen Badalyan.