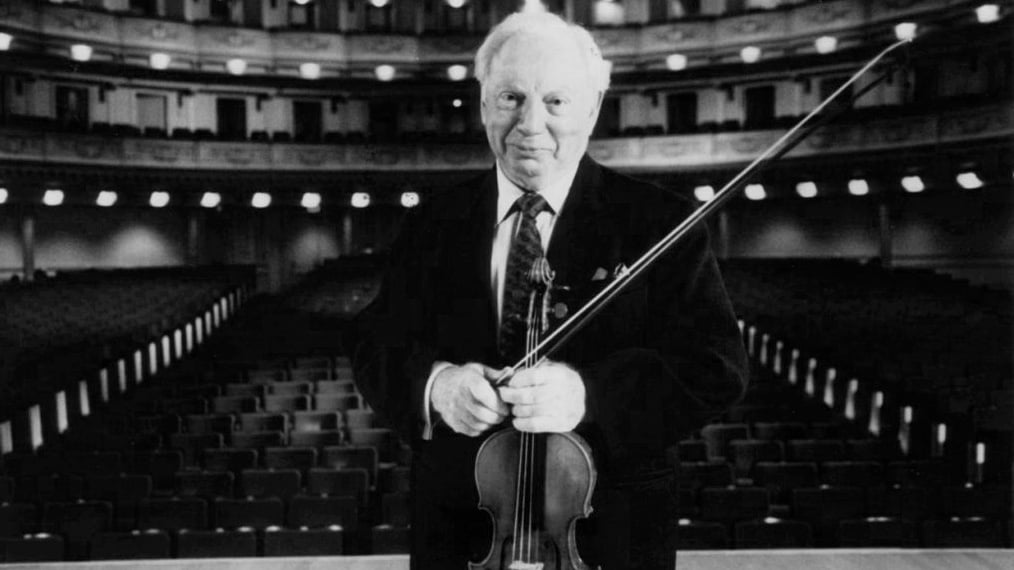 With accomplishments too numerous to mention, and a legacy that continues to nourish us today, we celebrate the wonderful violinist Isaac Stern on the 100th anniversary of his birth, July 21, 1920.

Had he simply been one of the greatest performers and collaborators of his time, or if his innumerable extramusical activities had been limited to saving Carnegie Hall for posterity, or to championing the careers of extraordinary young musicians, that would have been more than many people achieve in a lifetime.

Conductor Michael Stern, the longtime music director of the Kansas City Symphony, spoke with WFMT producer Louise Frank, via Zoom, about some of his father’s many enduring accomplishments, and how plans for celebrating the centennial have evolved in these interesting times.

“He always believed that music and the arts and young people were the future, and if you put the two of them together, the success of watching those possibilities come to fruition was limitless.”

Visit isaacsternlegacy.org to learn more about Isaac Stern and join in the centennial celebrations by sharing words of tribute

In Their Own Words: Inspiring Quotes From Classical Artists, Members of the Arts Community, and Colleagues Who Died in 2021
Classical Coffeeshop
Bach's Top 10 Works
2021's Top 9 Classical Christmas Albums
In the Age of the Visual Album, What Can Opera Learn from Beyoncé?
Grammys 2022: See All the Classical+ Nominees (And Winners)