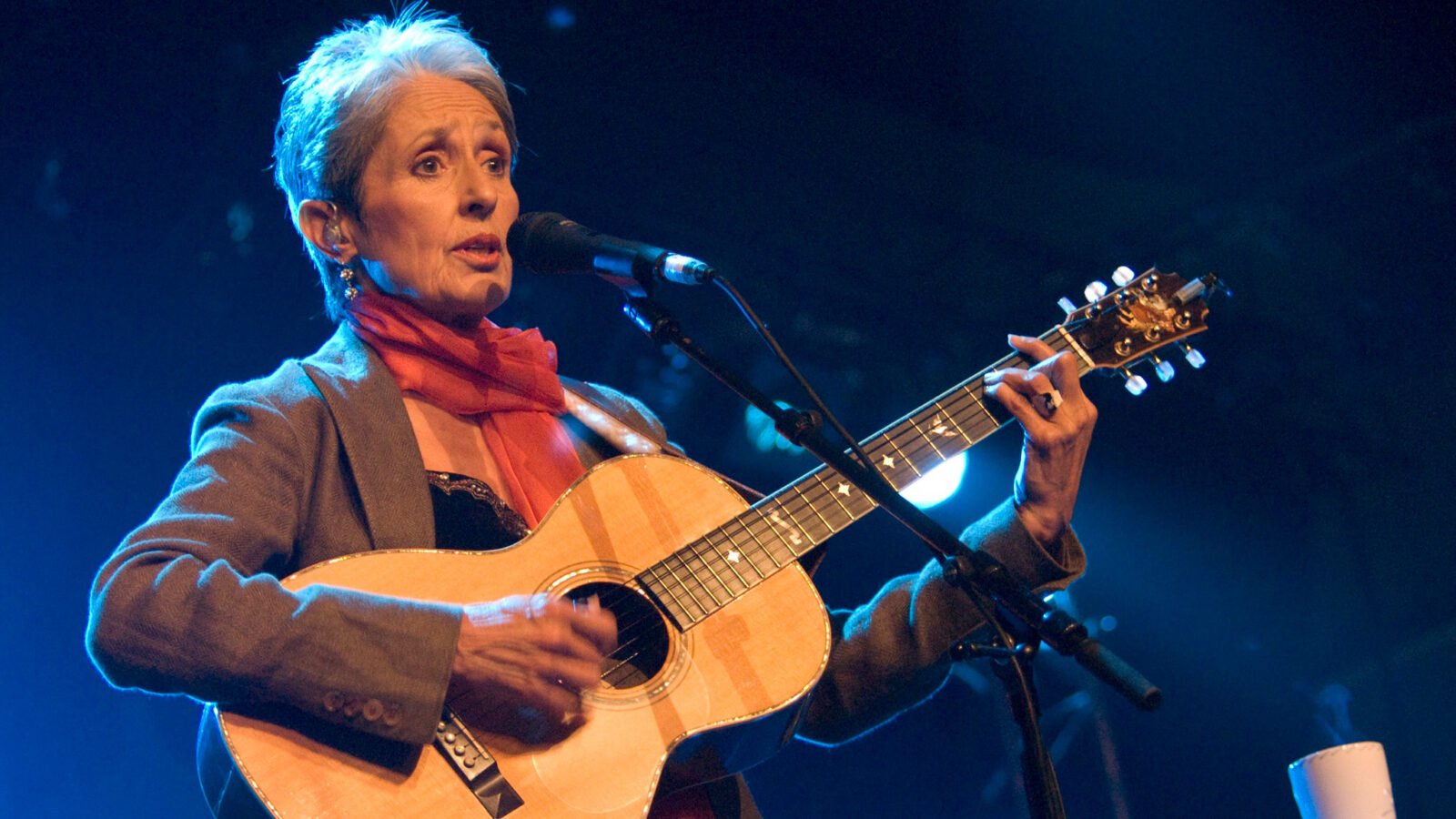 TULSA, Okla. (AP) — Singer, songwriter, activist and Rock and Roll Hall of Fame member Joan Baez is this year’s recipient of the Woody Guthrie Prize, an award that recognizes artists who speak out for the less fortunate. Baez will be honored with a virtual ceremony on Aug. 16. Woody Guthrie Center Director Deana McCloud noted Baez’s activism that included marching for civil rights and opposing the Vietnam War. She was inducted into the Rock and Roll Hall of Fame in 2017. Past recipients of the award include Chuck D, John Mellencamp, Norman Lear, Kris Kristofferson, Mavis Staples and Pete Seeger.

11 Studs Terkel Conversations for Black History Month
U2, George Clooney, Amy Grant among Kennedy Center honorees
Playlist: 14 Marching Band Videos You Have to See to Believe
Grammys 2022: See All the Classical+ Nominees (And Winners)
Benny Kim and Grace Fong
In Their Own Words: Inspiring Quotes From Classical Artists and Friends Who Died in 2022