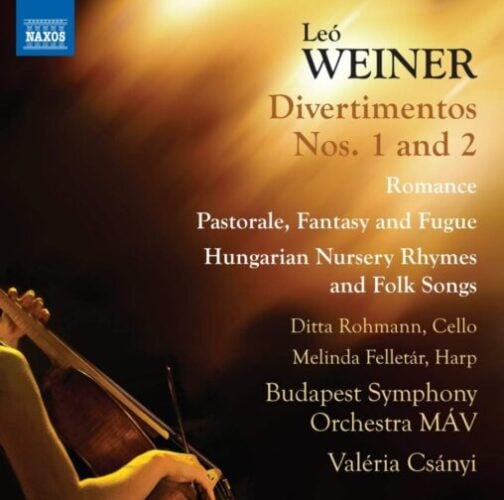 Leó Weiner, a contemporary of Bartók and Kodály, was a profoundly important teacher in Budapest whose own music developed from a more traditional Romantic model to an absorption of his native Hungarian folk music during the 1930s. The two Divertimentos for strings, vibrantly orchestrated sequences of dances, are among the best-known works of this period. The later Hungarian Nursery Rhymes and Folk Songs draw on popular native melodies. This is Volume 3 of conductor Valéria Csányi’s ongoing series of the complete orchestral works by Weiner with the Budapest Symphony Orchestra.