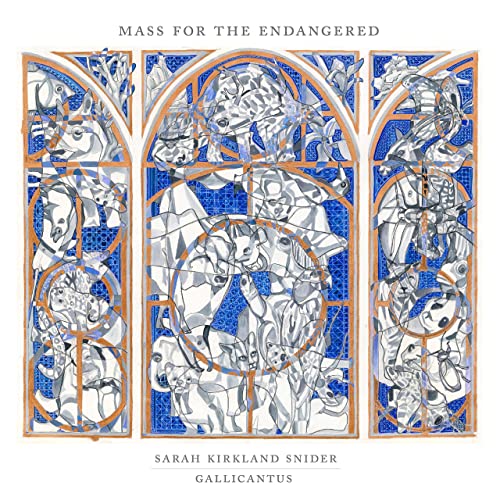 Composer Sarah Kirkland Snider’s Mass for the Endangered, with a libretto by Nathaniel Bellows, is a celebration of, and an elegy for, the natural world and an appeal for greater awareness, urgency, and action. Originally commissioned by Trinity Church Wall Street, this recording features the English vocal ensemble Gallicantus conducted by Gabriel Crouch. Snider explains, “The origin of the Mass is rooted in humanity’s concern for itself, expressed through worship of the divine—which, in the Catholic tradition, is a God in the image of man. Nathaniel and I thought it would be interesting to take the Mass’s musical modes of spiritual contemplation and apply them to concern for non-human life—animals, plants, and the environment. There is an appeal to a higher power—for mercy, forgiveness, and intervention—but that appeal is directed not to God but rather to Nature itself.”