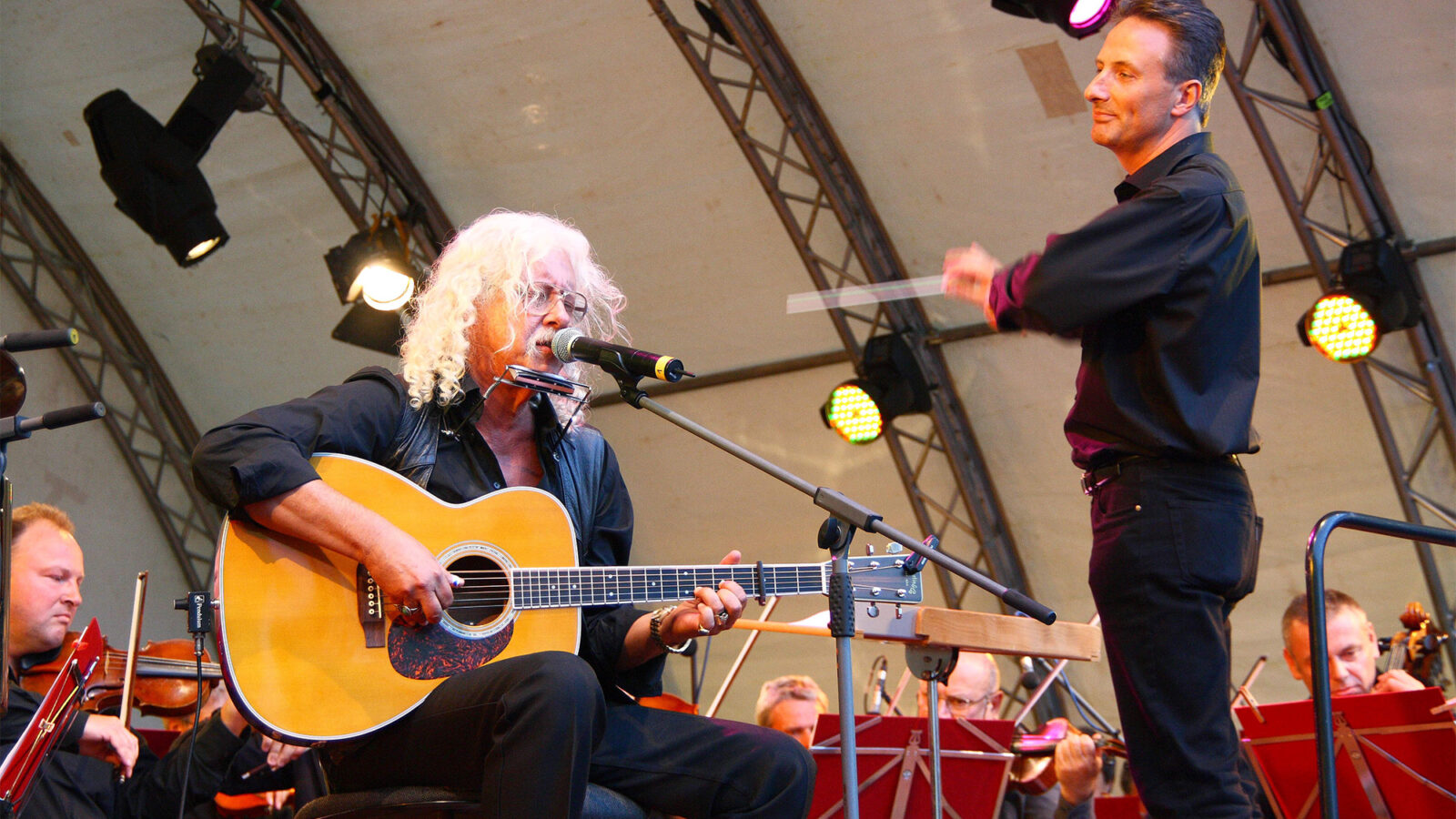 LOS ANGELES (AP) — “You can get anything you want at Alice’s Restaurant,” so goes the refrain from Arlo Guthrie’s enduring ballad, “Alice’s Restaurant.” But it appears we’ve seen Guthrie tell us that in person for the last time. In lengthy posts on his Facebook page and website, the 73-year-old folksinger announced Friday he is retiring from performance immediately. He’s canceled numerous shows next year and says he won’t book any new ones. He did not respond to phone and email requests to elaborate but says in his post, titled “Gone Fishing,” that health was a concern. He’s suffered two strokes in recent years.

John Rogers for the Associated Press