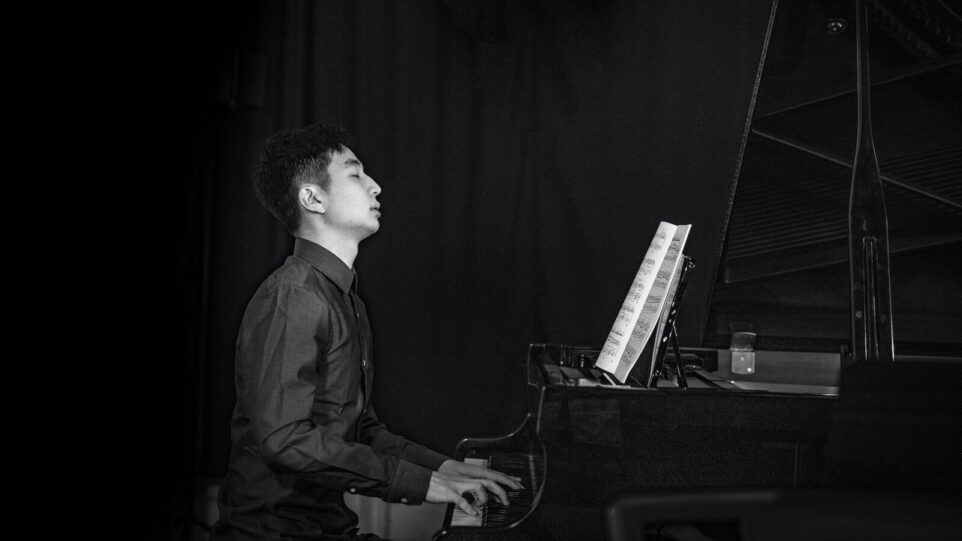 Today, we feature 18-year-old pianist Justin Chang of Schaumburg. Justin was supposed to perform live on Introductions on Saturday March 14, 2020, and will forever hold the dubious distinction of being the first musician whose live WFMT performance was cancelled due to a pandemic. In today’s recital, recorded and broadcast eight months late, he performs Schubert, Chopin, and Liszt. Thanks to the Music Institute of Chicago for allowing us to record in Nichols Hall in Evanston.

Justin Chang has played piano for about 11 years. He currently studies with Sylvia Wang at Northwestern University, where he is also in a dual degree program studying Chemical Engineering. Justin has also studied piano with Sung Hoon Mo and Brenda Huang. Last year, he performed Rachmaninoff’s Piano Concerto No. 2 with the Elmhurst Symphony Orchestra as the winner of the 2019 Robert Stanger Concerto Competition. He has also won prizes at many other competitions including the Walgreens National Concerto Competition, MTNA Competition, Society of American Musicians Competition, and Crain-Maling CSO Concerto Competition. When he’s not playing piano, Justin enjoys playing basketball, exercising, and hanging out with friends.