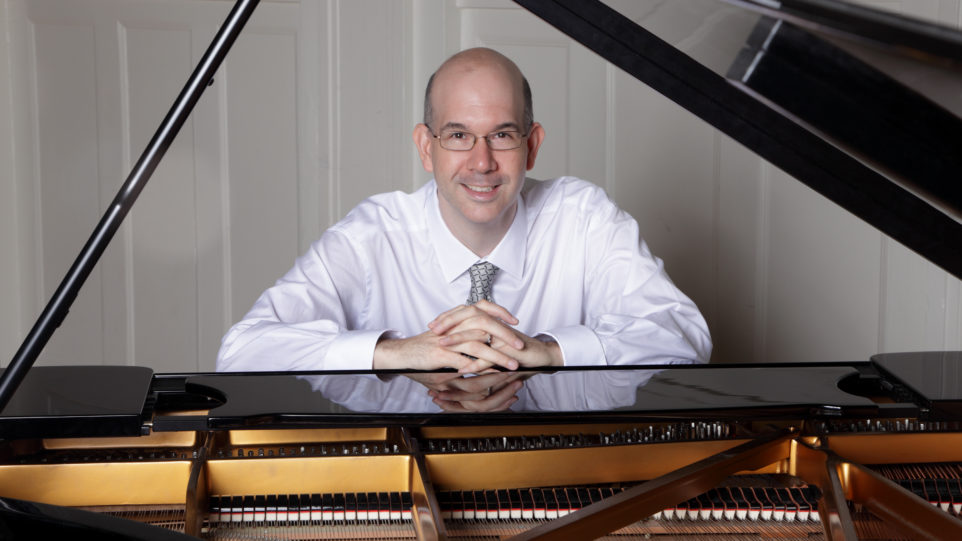 Pianist Matthew Hagle is a musician of great versatility and depth, whose performances are a rare mixture of musical understanding, imaginative programming, pianistic mastery and beauty of sound. In solo recitals he often explores the boundaries of the piano repertoire, using thoughtful programming and committed performance to integrate newer repertoire and lesser-known older works within the canon. In a more traditional vein, he has also performed all of Beethoven’s 32 piano sonatas in a series of live radio recitals, and he is currently in the process of performing the complete later pieces of Brahms, mixed with other short pieces, also live on the radio.  Mr. Hagle is also highly valued as a collaborator by many other artists. With violinist Rachel Barton Pine, he has released three acclaimed CDs on the Cedille label, and performed many recitals in North and South America. His piano duo performances with Mio Isoda-Hagle are highlights of the annual Chicago Duo Piano Festival. Other chamber music partners have been the Parker Quartet, the Avalon Quartet, Quintet Attacca, and members of the Chicago Symphony Orchestra. In particular,  he is a frequent recital partner for CSO concertmaster Robert Chen.

Matthew Hagle has been heard in concert halls throughout the United States, including the National Gallery of Art in Washington D.C., Lincoln Center and Symphony Space in New York, and in concert at the United States Supreme Court. Outside of the U.S., he has performed at venues in England, Canada, Brazil, Australia and Japan. A resident of the Chicago area, Hagle performs frequently at local spaces including the Ravinia Festival, Symphony Center, and the Chicago Cultural Center. Mr. Hagle can often be heard on radio station WFMT in Chicago, and has also been heard on NPR’s “Performance Today” and Minnesota Public Radio’s “St. Paul Sunday Morning”. Among others, the New York Times has described him as “a sensitive pianist”, Clavier Magazine praised the “rare clarity and sweetness” of his playing, and the Springfield (MA.) Republican remarked that he “played with unaffected brilliance and profound understanding”. Mr. Hagle’s performance of Elliott Carter’s Piano Sonata at the 2000 Sydney International Piano Competition drew favorable commentary from pianist Michael Kieran Harvey, covering the competition for Australian national radio.

Mr. Hagle is a dedicated teacher of piano, music theory, and composition, whose students have won high honors in local and national competitions and gone on to study music at the Juilliard School, New England Conservatory, and Indiana University Jacobs School of Music. He is currently on the faculty of the Music Institute of Chicago, where he is director of the Musicianship program in addition to his teaching duties. Previously, he taught at the University of Notre Dame in South Bend, Indiana, at Elmhurst College, and at the International Institute for Young Musicians at the Universities of Kansas and California at Santa Barbara. His own studies were with Robert Weirich and Donald Currier at the Peabody Conservatory, with Claude Frank at the Yale School of Music (where he received the DMA), and with Maria Curcio Diamand in London as a Fulbright Scholar. A comfortable speaker on diverse musical subjects, Mr. Hagle likes to use this ability to draw connections between very new and older music, or between music and other art forms. In his spare time he likes to read on a variety of subjects, to try to learn other languages, and to spend time with his two children.