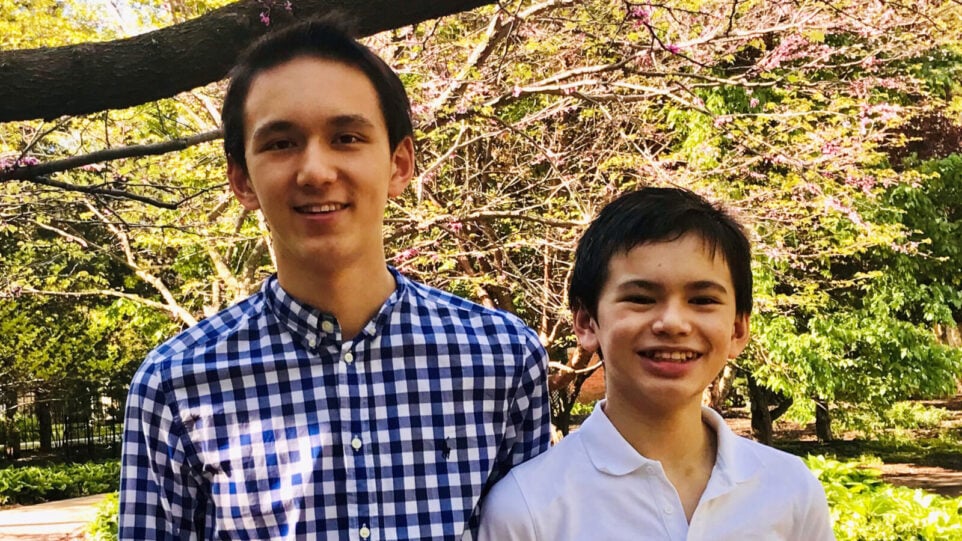 This Saturday’s recital is an unusual family affair: brothers Louis and Henry Auxenfans of Chicago’s South Loop neighborhood present a recital with five different instrumentations in one. Both attend the University of Chicago Laboratory Schools and have been longtime members of Chicago Youth Symphony Orchestras, moving up through the ranks of the orchestras since their elementary school days. Their recital contains Bach, Beethoven, Wieniawski, Stravinsky, Rachmaninoff and more. Thanks to the Music Institute of Chicago for allowing WFMT to record in Nichols Concert Hall.

Louis Auxenfans is a sophomore at the University of Chicago Laboratory Schools and has won international competitions for both clarinet and piano. At age 13, he performed twice as a soloist at Carnegie Hall, taking first place in two American Protege competitions, one each on clarinet and piano. He has also won first prize in the woodwind category of the Walgreens National Competition.

Louis joined Chicago Youth Symphony Orchestras in 5th grade and is currently Principal Clarinet of the flagship Symphony Orchestra. In 2018, he was the youngest prize winner of the Crain-Maling CSO Young Artist Competition won its scholarship prize.

In 2020, he was the Illinois Federation of Music Club Concerto Competition winner for his performance of Beethoven’s Piano Concerto No. 3 and has won several gold cups for Junior Festival Honors Recitals. He was accepted into the 2020 Tanglewood Festival, which was cancelled due to the pandemic. He has performed in masterclasses for Anthony McGill, Stephen Williamson, and Kai-Yun Lu.

Louis currently studies piano with Laura Fenster and clarinet with Steven Gooden. When not practicing or performing, Louis works as a reporter for the U-High Midway, watching soccer, learning about economics, investing in his finance portfolio through his school, and spending time with family and friends.

Henry Auxenfans is in 8th grade at the University of Chicago Laboratory Schools. He was the first place winner of the 2018 American Protege International Competition, resulting in his Carnegie Weill Hall debut at age 10. The same year, he made his orchestral soloist debut with after winning the CYSO Concert Orchestra Concerto Competition. He won second place at the 2020 International Arthur Grumiaux Competition for Young Violinists in Brussels, Belgium, and was the youngest national finalist (Junior, Strings Category) of the 2019~2020 Music Teachers National Association Competition. In addition, he was the youngest scholarship prize winner of the 2020 Crain-Maling Foundation CSO Young Artist Competition prize. Henry was also a Chicago Bulls Kids Talent Search finalist, performing for 20,000 fans at the United Center, and was recently invited back to record the national anthem at the United Center for Bulls home games.