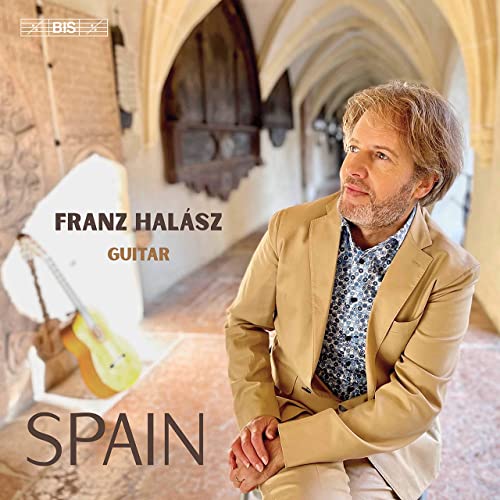 Franz Halász stands at the forefront of the current guitar scene and has long been one of Germany’s most influential guitar educators. His latest album is a colorful and varied program of music from Spain, taking in highlights in the guitar literature such as Francisco Tárrega’s Recuerdos de la Alhambra, as well as Joaquín Turina’s Guitar Sonata, here recorded for the first time from a copy of Turina’s original manuscript, and not Segovia’s published version with numerous changes. The winner of a Latin Grammy, Halász also makes his own contribution to the repertoire of his instrument with his own arrangements of works by Manuel de Falla and Isaac Albéniz.