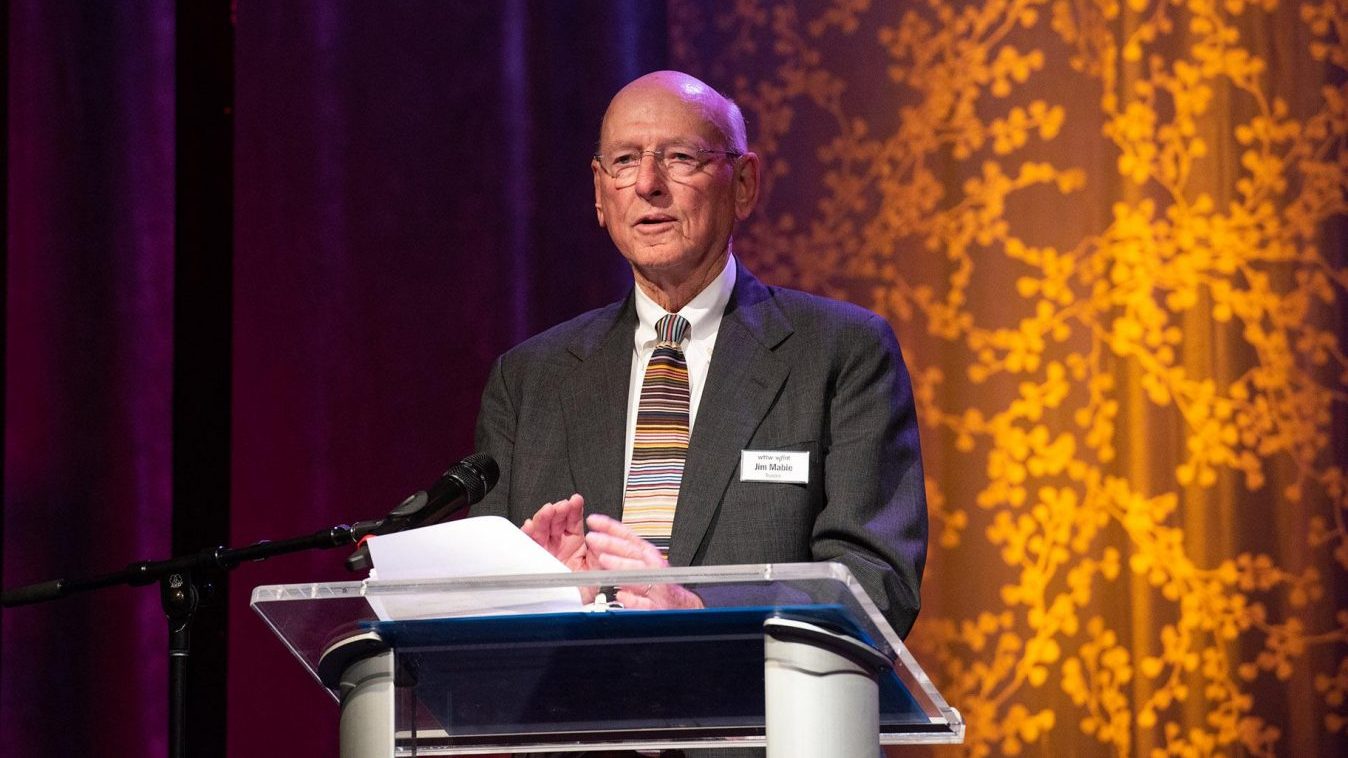 WFMT mourns the loss of Jim Mabie. Visit the WTTW memorial page for Jim Mabie. In Jim’s honor, Kerry Frumkin will play the Fauré Requiem during the 11:00 pm hour on May 10, 2021 and Lisa Flynn will share a tribute at 11:00 am on May 12.

Jim Mabie, a noted Chicago businessman, philanthropist and civic leader who served as a WTTW and WFMT trustee for more than 20 years, died Saturday surrounded by his family. He was 85 years old.

Mabie was a staunch advocate of public media and fine arts broadcasting, having chaired the WTTW and WFMT board from 2014 to 2020.

“Jim was a mission-driven and trusted advisor. His thoughtful leadership, service, philanthropy, mentorship and sense of humor will be greatly missed,” said Sandra Cordova Micek, president and CEO of WTTW and WFMT. “Our staff will remember Jim’s enduring encouragement and his highest praise — ‘First rate!’ On behalf of WTTW and WFMT, I extend gratitude to Jim for his tireless support and dedication to our work in service of the public.” 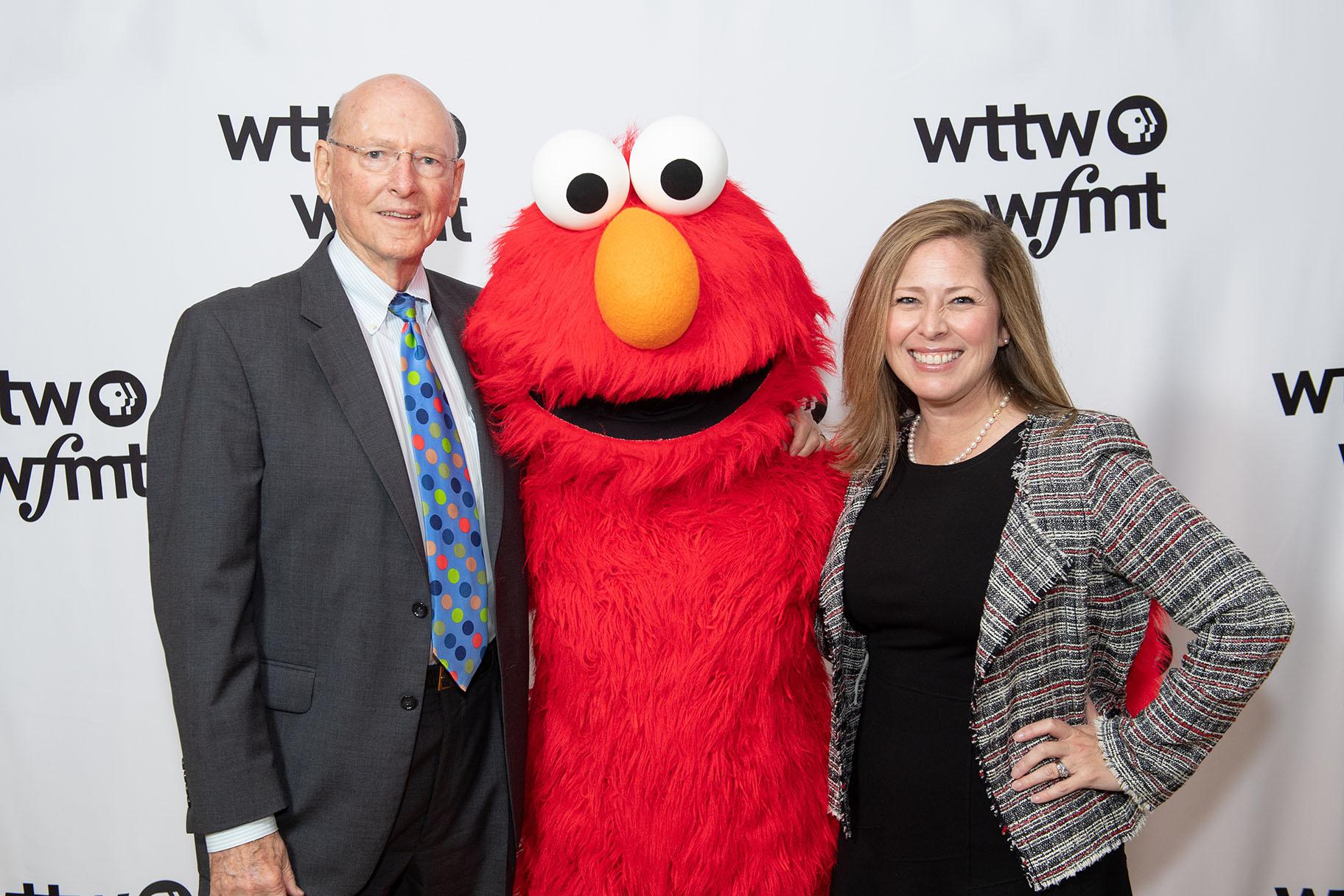 Jim Mabie and Sandra Cordova Micek, president and CEO of WTTW and WFMT, pose with Elmo from Sesame Street (WTTW)

Major projects launched under Mabie’s chairmanship included the Studs Terkel Radio Archive and the “10 That Changed America” national PBS series hosted by Geoffrey Baer. Mabie’s challenge grants during WTTW and WFMT fundraising campaigns were instrumental in securing support for programs such as the Chicago presentation of Ken Burns’ “The National Parks” and all three seasons of the WTTW digital series “Firsthand,” among others. He also made the inaugural leadership gift to the WTTW Fund for Independent News, underscoring his belief that public media is essential to an informed citizenry and democracy.

In addition to his service as trustee and chair at WTTW and WFMT, Mabie was actively involved in the philanthropic community, particularly in the areas of public media, arts and culture, and social services. The list of organizations and nonprofits that benefited from his guidance and generosity is long. To name just a few: the Chicago Symphony Orchestra, Lyric Opera of Chicago, WBEZ Public Radio, Thresholds, Old Town School of Folk Music, StreetWise and the Night Ministry

Among his proudest achievements: co-founding the Chicago High School for the Arts (ChiArts). 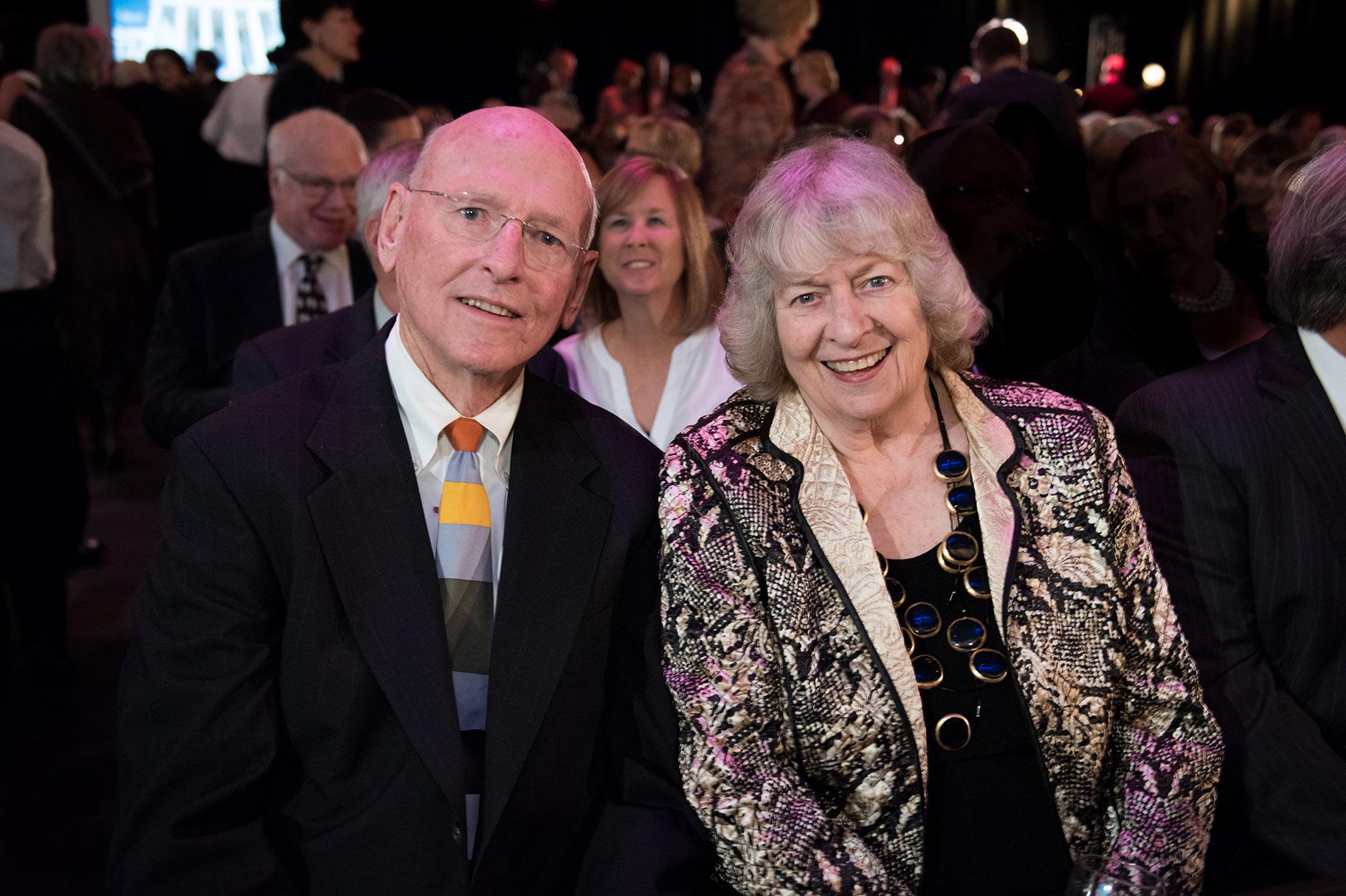 A native of Winnetka, Mabie had already developed a strong work ethic and entrepreneurial skills while a student at New Trier High School. Always hustling, he worked a string of jobs, from hand-setting pins at bowling alleys to digging ditches to door-to-door sales.

After graduating from Williams College — where he lobbied for the abolition of the exclusionary Greek system — Mabie returned to Chicago, reconnecting with high school classmate Kay Kingsbury, who became his wife. The two shared a love of opera, one of Mabie’s great passions, along with skiing. As legend has it, he taught his children how to ski by sending them down the sides of Edens Expressway overpasses.

The couple raised their family in Northfield while Mabie established his career, first spending more than a decade with Marshall Field & Company before moving on to hold senior leadership and portfolio management roles with William Blair and A.G Becker. In 2018, Mabie co-founded Chicago Capital, a boutique investment firm.

This story was originally published on WTTW News.

In Their Own Words: Inspiring Quotes From Classical Artists, Members of the Arts Community, and Colleagues Who Died in 2021
70th Anniversary Special: Interview with Almita & Roland Vamos
In Their Own Words: Quotes From Artists and Friends of WFMT Who Died in 2020
See Photo Highlights from WFMT's 70th Anniversary Day of Celebration
Decade in Review: The 2010s and Classical Music
6 Chicago Concerts and Celebrations for Juneteenth 2021