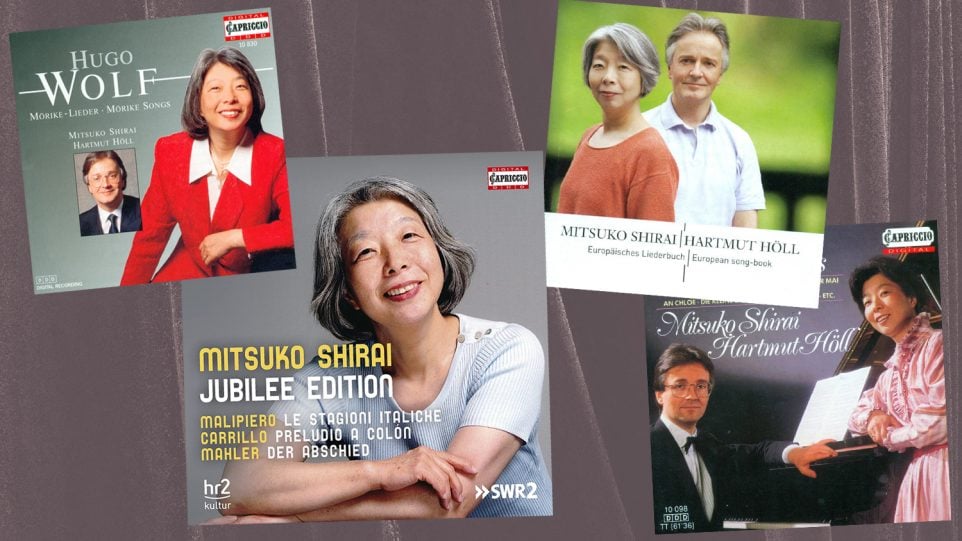 The Japanese mezzo-soprano and German pianist are prolific and frequently recorded artists. They met in Stuttgart as students and later married. As a duo, they have set a high standard as interpreters of German lieder. Mitsuko Shirai and Hartmut Höll have given recitals all over the world, but they are especially well known in Germany and Japan. Shirai was praised by Der Stern as “the first leading lady of Lieder singing.” Her voice encompasses both the soprano and mezzo-soprano ranges. With Höll, she has essayed a comprehensive range of Lieder from Wolfgang Amadeus Mozart to Anton Webern.