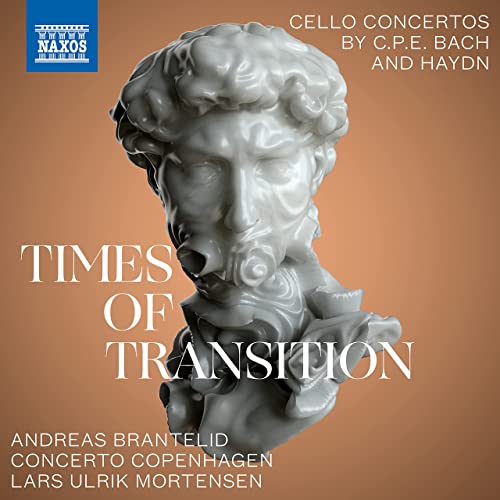 The three cello concertos on this disc illustrate that fertile period in the second half of the 18th century when features of the Baroque were gradually replaced by the so-called galant style. Foremost among the composers inaugurating this change was Carl Philipp Emanuel Bach, whose Concerto in A major is a perfect example of the passionate and dramatic range that marked him as a pivotal figure of his time. Haydn’s Concerto in C major modulates between older and newer styles, whereas his Concerto in D major is a Classical masterpiece, and a worthy companion to his greatest symphonies. For this recording, cellist Andreas Brantelid plays on an 1887 instrument with gut strings and is joined by Concerto Copenhagen.