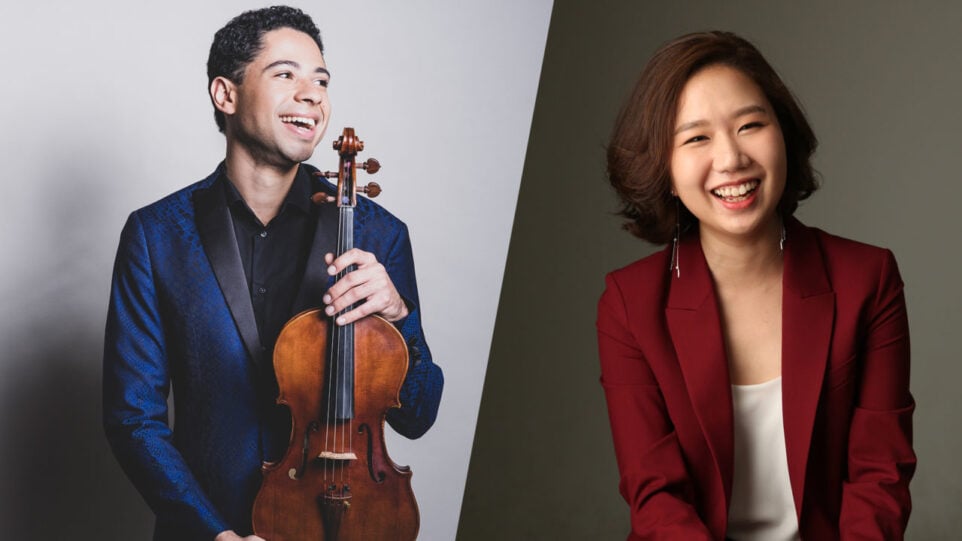 “A star in the making,” (Seattle Pi) Jamaican-American violist Jordan Bak is an outstanding artist of passion, energy, and authenticity in the recital and chamber music arenas. A Sphinx MPower Artist Grant Recipient and a top laureate of the 2020 Sphinx Competition, Bak is also a winner and Audience Prize recipient of the 2019 Concert Artists Guild Victor Elmaleh Competition, the recipient of the 2019 Samuel Sanders Tel Aviv Museum Prize and the 2019 John White Special Prize from the Tertis International Viola Competition. In addition to his growing solo career, Jordan Bak is a member of the celebrated New York Classical Players and is a featured artist for WQXR’s inaugural Artist Propulsion Lab.

Highlights of the 2020-2021 season include virtual recitals at Merkin Concert Hall, The National Arts Club and the American Viola Society, as well as performances at WQXR/WNYC’s The Greene Space, The Chamber Music Society of Detroit, and Kaufman Music Center’s Musical Storefronts. Bak will also be returning to the legendary Marlboro Music Festival in Vermont. He has been heard as a recitalist and chamber musician in the United States at such venues as Alice Tully Hall, Bruno Walter Auditorium, Jordan Hall, and Tobin Center for the Performing Arts, among others, and in Europe at the Verbier Festival, the Conservatoire de Musique de Genève, the Centre de Musique Hindemith, and the Helsinki Musiikkitalo.

A proud advocate of 20th and 21st century new music, Bak gave the world premieres of Kaija Saariaho’s Du gick, flög for viola and mezzo-soprano and Die Aussicht for string quartet and soprano. Bak also gave an acclaimed performance of the Druckman Viola Concerto with The Juilliard Orchestra at Alice Tully Hall in New York. He has additionally collaborated with such composers as Eli Greenhoe, Sampo Kansurinen, Caroline Shaw, and Delong Wang.

2nd prize and special award winner at Salieri-Zinetti International Chamber Music Competition in Italy, pianist and singer Ji Yung Lee has made appearances at Carnegie Weill Hall, Alice Tully Hall, and the John F. Kennedy Center. She has also captivated audiences via numerous radio broadcasts including WQXR, MPR and WFMT. She recently joined Victory Hall Opera as its first official pianist-in-residence, with the title of Chief Repetiteur. Her upcoming engagements include a U.S. tour with violist Jordan Bak at venues such as Merkin Concert Hall and the Chicago Cultural Center.

During the pandemic, Ji Yung appears in virtual spaces as a conductor, pianist, singer, and coach. She conducted several virtual performances for Project Tacet where more than 40 musicians were involved. On her own Youtube Channel, SingingJungle, she sings and plays various genres of music including classical, jazz, pop, musical theatre, etc.

Ji Yung received her Bachelor’s degree at Yonsei University in Korea, majoring in choral conducting, studying with Ickhyun Cho and Haeock Eunice Kim Bang. She participated in conducting masterclasses led by Donald Neuen and Simon Carrington as both conductor and pianist. She also studied Organ with Hyeyoung Lee and voice with Hyunjoo Jung.