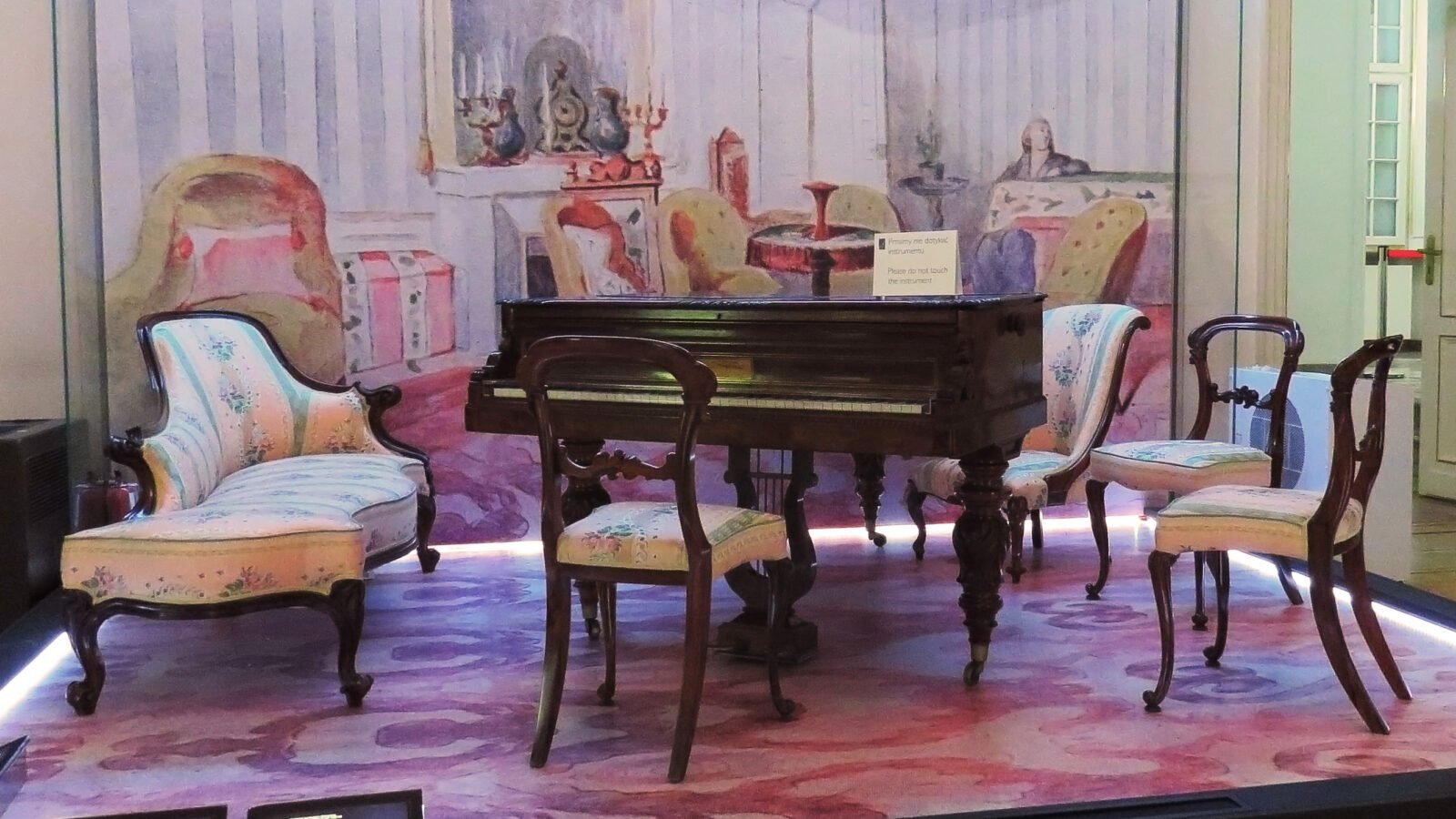 Chopin’s last piano, made by the Pleyel Company, on display in the Chopin Museum in Warsaw, Poland (Photo: Аимаина хикари, CC0, via Wikimedia Commons)

WARSAW, Poland (AP) — The last piano on which Frédéric Chopin played and composed is being renovated by a U.S. expert who is giving it back its original mid-19th century characteristics. Paul McNulty is spending days at the Chopin Museum in Warsaw filling in some cracks in the soundboard and putting in wire strings like the ones used by the piano’s Paris manufacturer Camille Pleyel in 1848. Texas-born McNulty said Thursday this is the best-preserved Pleyel piano in the world. But it had most of its strings changed for modern ones in the 1950s that destroyed its tone and put strain on the structure. McNulty believes the work will bring it as close as possible to the sound that Chopin heard.

Monika Scislowska for the Associated Press

Playlist: Your Guide to Chopin's Études
Grammys 2022: See All the Classical+ Nominees (And Winners)
In the Age of the Visual Album, What Can Opera Learn from Beyoncé?
How Classically Trained Navajo Pianist & Composer Connor Chee Weaves His Sound
Playlist: 13 Horror Movie Soundtracks You Should Know
Opera Explores the Brink of Humanity: 'Dog Days' Gets Chicago-Area Premiere