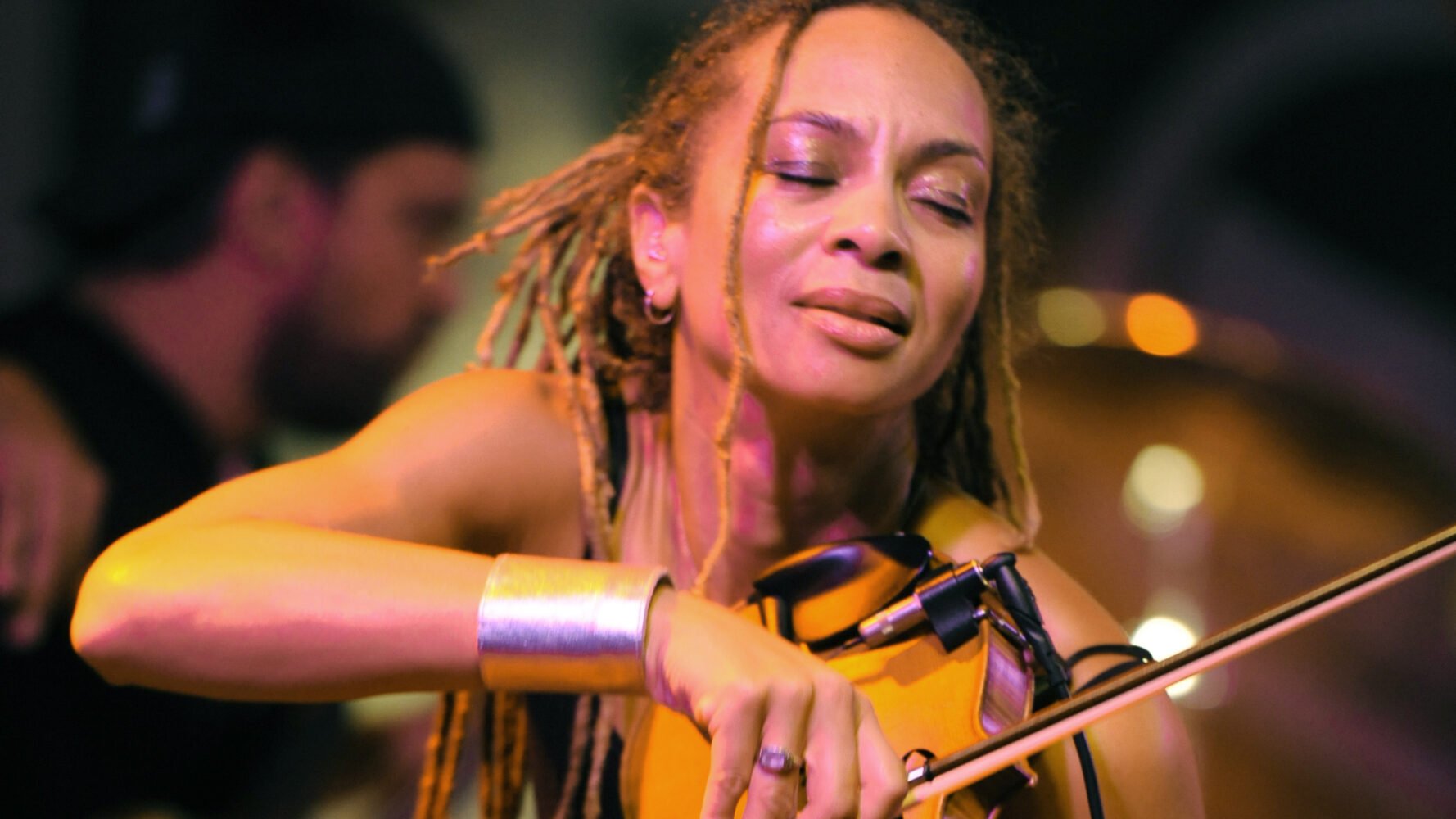 Though born in Ohio, Anne Harris is an embodiment of her adopted hometown, Chicago. Combining the influences of some of the city’s signature musical genres — blues and jazz — as well as another Chicago mainstay — improvisation — the American roots violinist-singer-songwriter has forged a singular path in music, enjoying a distinguished solo career and collaborating with legendary Chicago acts like Otis Taylor and Cathy Richardson.

Now, Harris is on the cusp of another compelling Chicago collaboration with WFMT! As part of our 70th Anniversary Day of Celebration on Monday, December 13, Anne Harris will headline one of nine live performances in a 2:00 pm appearance with guitarist Ernie Hendrickson, cellist Ryan Carney, and multi-instrumentalist Scott Tipping.

Before we host her on our airwaves, we spoke with Anne Harris about her unique journey to music and how she found her sound.

WFMT: How did you get started in music?

Anne Harris: I was born and raised in a beautiful liberal arts college town in southwestern Ohio, this hippie town. My parents, who still live there, were music lovers, and my dad had a great vinyl collection. My community was a very art-supportive community. It was like, if you grew up there, it was expected that you were going to play music in some way.

But I actually got started when my mother took me to see the movie version of Fiddler on the Roof when I was three years old. I don't even remember this myself, but she says that in the overture, when Isaac Stern was playing, that I stood up out of my theater seat and pointed to the screen and said, “Mommy that's what I want to do! That's what I want to do so!” I wouldn't stop bugging her about it.

I was fortunate to grow up in a time and in a place where the arts were supported, certainly by my household, but also by the public school system, which is a whole different landscape now. I credit the support network I had in place for giving me the help to pursue my dream of playing the violin.

WFMT: Take us through how you got started on your dream and how you landed here, in Chicago!

Harris: I started in Suzuki Method, and then I found my private instructor that pretty much took me from eight years old through graduating high school.

Then I went to the University of Michigan School of Music, but I was in the musical theater department, so it was voice and dance and acting. Then I then moved to Chicago from Michigan because it's the most badass Midwest city, one of the most badass music and art cities anywhere. I did some work in theater. I eventually got back into playing my violin in the context of improvisation, because I started playing with local bands around town.

WFMT: Why improvisation in particular?

Harris: I made a very concerted deal with myself that I wanted to take the instrument the route of improvisation in the idioms of American roots music, folk music, Americana, blues. Because I grew up listening to a lot of funk and soul and blue and rock, my influences are really varied. I left the whole structure of classical training and the written page behind me, and I just began to nurture and develop my ability to make it up on the fly.

WFMT: How do you go about nurturing this ability and synthesizing all of these influences?

Harris: I do it very consciously, but I am by no means unique or magical. Distilling our experiences, that’s what we do with our lives, and I think we must do that with intention. When you eat your next meal, really take all that it is: the temperature, how it feels on your tongue, and so on. That’s the work that I think being a conscious person is. So when you put that consciousness to your art, it’s going to make you more available to be inspired. They all feed one other.

WFMT: That’s a very interesting way of seeing music, as a sort of inner connecting force. Do you also see it as an external bond, as a way to connect people?

Harris: Yeah! I hate cliches, but there’s a reason that there are cliches because there are some things that are totally true. Music is a universal language. My feeling about music's ability to bring us together is that it's alchemy. It's an alchemical kind of language that goes beyond actual speech. So I just feel so fortunate that I can connect with that on a level that seems to be well received.

WFMT: Can you tell us about the kind of music and experience WFMT and our audience will be receiving for our 70th Anniversary Day of Celebration?

Harris: I'm going to be joined by guitarist and singer-songwriter Bernie Hendrickson, guitarist and multi-instrumentalist Scott Tipping, and I will have the great fortune of working with Ryan Carney. We’re working together for the first time, and I've been wanting to incorporate cello into my sound.

As far as what people can expect from our ensemble, I am an American roots musician and singer-songwriter informed by many other genres. I'm just going to be telling stories through my fiddle and through my voice. Stories linked to blues and jazz and Celtic music and classical music… I'm very much the all-American in that I'm everybody pulled through the perspective of an African American woman.

Anne Harris and her ensemble join WFMT and host Marilyn Rea Beyer for a live performance at 2:00 pm on Monday, December 13, 2021 as part of the 70th Anniversary Day of Celebration. The performance can be heard live on air and can be viewed on WFMT’s website via video livestream. For a full list of performances (including Anne Harris & Friends, there are nine live sets!), visit wfmt.com/celebration.

This interview has been condensed and edited for clarity.

In Their Own Words: Quotes From Artists and Friends of WFMT Who Died in 2020
Stream Highlight Performances from WFMT's 70th Anniversary Day of Celebration
See Photo Highlights from WFMT's 70th Anniversary Day of Celebration
In Their Own Words: Inspiring Quotes From Classical Artists, Members of the Arts Community, and Colleagues Who Died in 2021
Harris Theater President and CEO Patricia Barretto Has Died at Age 45
70th Anniversary Special: Interview with Almita & Roland Vamos