This week on Introductions, we feature four seniors who are all fellows of Chicago Musical Pathways Initiative. Founded in 2019 and linked with sister organizations in other US cities, its mission is to support high school orchestral musicians from underrepresented backgrounds, with the eventual goal of diversifying America’s professional orchestras. Thank you to Merit School of Music for allowing WFMT to record in Gottlieb Hall. 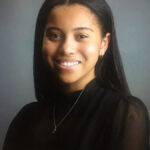 Autymn Williams is a home-schooled high school senior from Chicago’s Englewood neighborhood. She has studied at the Hyde Park Suzuki Institute with Lucinda Ali-Landing since the age of 3. Autymn has attended summer programs such as the Sphinx Performance Academy, Sewanee Summer Music Festival, and DePaul Summer String Intensive. Along with being a Lift Music Fund Fellow, she has competed in the Society of American Musicians and Sejong competitions, won honors in the Music Festival in Honor of Confucius, and made the semifinals of the Omega Psi Phi Fraternity Talent Hunt.

She currently plays in the University of Chicago Symphony Orchestra and formerly played in the Merit School of Music Philharmonic Orchestra and the Protégé Philharmonic. She has also performed in master classes with musicians such as Desirée Ruhstrat, Danielle Belen, and Rachel Barton Pine. In her free time, Autymn enjoys painting, playing soccer, and watching anime. She is also heavily involved in community service in her neighborhood with the Yale and Harvard Home Association. 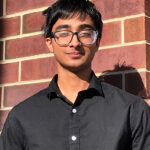 Nathaniel Mathew is a percussionist from Schaumburg and a senior at James B. Conant High School. He studies percussion with Michael Kozakis, and formerly with Russ Knutson. He is a member of Chicago Youth Symphony Orchestras’ flagship group, and has attended the Interlochen Summer Arts Camp. He also plays drum set in Conant High’s top jazz ensemble and an indie jazz combo called Swingin’ 7. Nate hopes to pursue his passion by attending college for music. Julia Seabron is a senior at Elmwood Park High School and has been a student at Merit School of Music for 12 years. She studies viola with Danny Lai. She is currently Principal Viola in Merit’s Philharmonic Orchestra, and also plays in a piano quintet there. She has attended both the Credo Festival and the Heifetz Summer Program, and became a Fellow of Chicago Musical Pathways Initiative in their inaugural cohort in 2019. Julia also studies classical voice, singing in Merit’s Chamber Choir and the Spirito Singers. 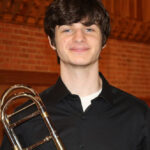 Deaglan Sullivan plays in a number of top ensembles across Chicago. A student of Tim Riordan and a senior at Evergreen Park Community High School, Deaglan has managed to work his way into Chicago Youth Symphony Orchestras’ flagship group, Chicago Musical Pathways Initiative, and first chair in the Merit School of Music Trombone Choir. He is also a member of The Bone Rangers, Merit’s top trombone quartet, and appeared on Introductions episodes in May 2021 and July 2021.