The Chicago Symphony Chorus is nearly 65 years old, and it has had just two directors: Margaret Hillis, who founded the chorus, and Duain Wolfe, who took over from Hillis in 1994 and has led the chorus ever since. Now, Wolfe is quickly approaching his retirement, which will take place at the end of February, after a weekend of performances of Beethoven’s famed Symphony No. 9.

It’s a piece that holds an understandable sway with Wolfe, not merely because of its exalted orchestration, its rousing choral sections, or its affecting text, taken from poet Friedrich Schiller’s “Ode to Joy.” It was also one of the first choral works that Wolfe prepared when Daniel Barenboim entrusted him with leading Chicago Symphony Chorus nearly 30 years ago.

Ahead of his retirement, WFMT spoke with Duain Wolfe about his long and decorated tenure as Chicago Symphony Chorus Director.

WFMT: What do you remember from the first days of your CSO tenure? What was it like to follow Margaret Hillis?

I was nervous, but I have to say it was an excited nervousness; I was very excited to do the rehearsals and to work with the chorus. And it was very exciting to start right out by working with Daniel Barenboim. We had a great working relationship during our twelve years together.

I remember I was watching the orchestra the night Maestro Barenboim engaged me for the job. I was sitting in the house for the rest of the concert thinking, “I can’t believe I’m doing this! This is going to be fun!” And it’s been great fun for 28 years. It’s also been extremely difficult, but the good kind of difficult.

WFMT: What are some of the highlights of your long tenure with the chorus?

Several moments over the years have been just extraordinary. One was doing a semi-staged version of Fidelio with Daniel Barenboim. Another was Otello, the first Verdi opera that we did with Maestro Muti, which was a real thrill. Another gigantic thrill was doing Moses und Aron, the Schoenberg opera with Pierre Boulez, who was the expert on that opera and just about anything having to do with Schoenberg. Working with him on that opera was beyond exciting, and then we took it to Berlin and did it there.

Another highlight was also in Berlin, we did the Brahms Requiem. Here we were, an American orchestra and chorus taking Germany’s great piece to Germany; there’s a certain hubris there, I guess. But it worked out really well and we all had a fabulous time doing it.

WFMT: With Beethoven now and the Messiah earlier this season, how has it felt to be back in the concert hall after such a long hiatus?

Wolfe: Making music is not just our livelihood. It’s also what keeps us ticking. I live for making music, and for me, not being able to do rehearsals and performances was the hardest thing about the pandemic. 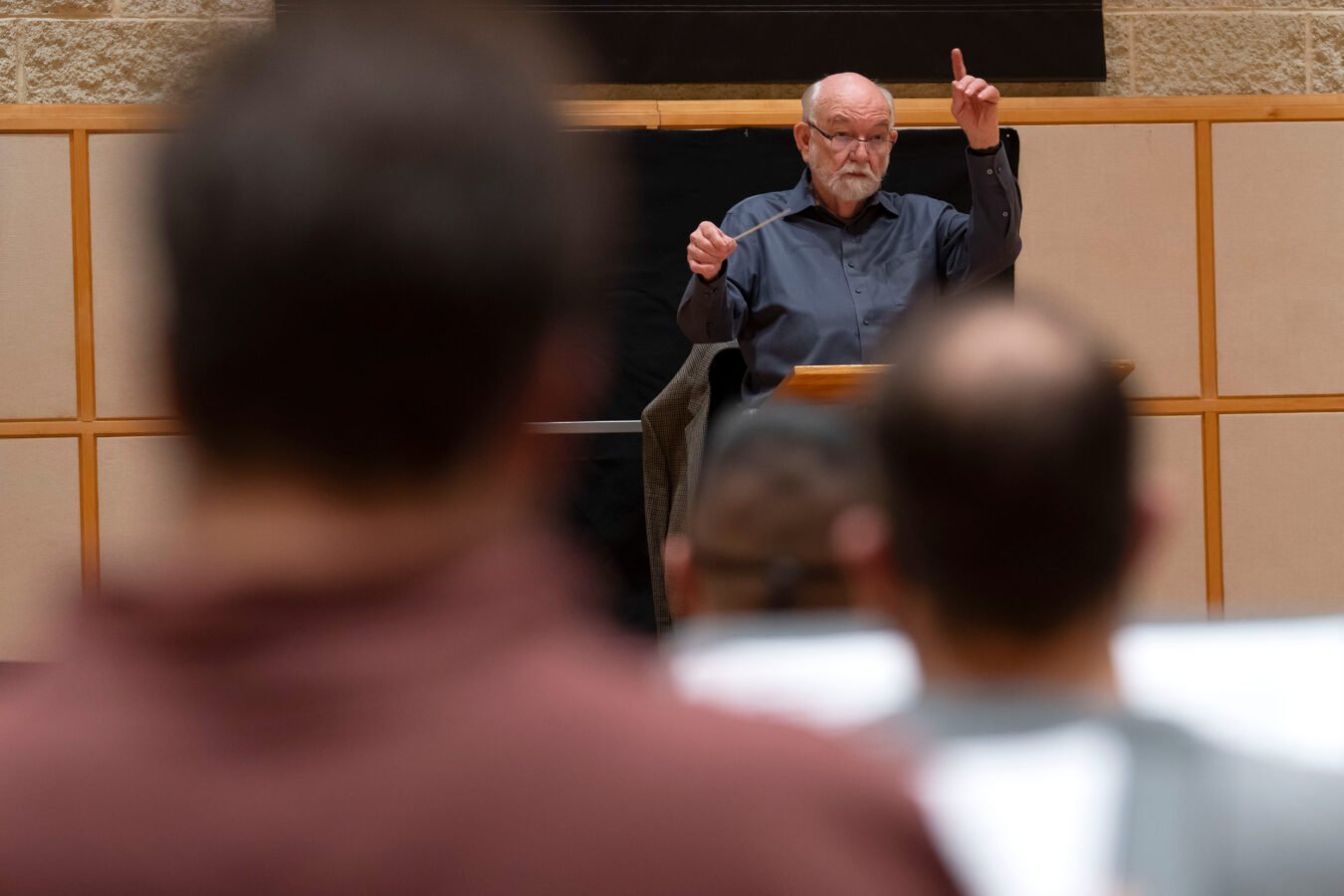 It’s particularly tricky with singers and wind players because there are aerosols just going everywhere. We’ve had to be extremely careful. For the Beethoven, we will take the masks off just when it’s time to sing and then put them back on.

WFMT: Are these weekend’s performances of Beethoven Nine a fitting culmination of your time with the Chicago Symphony Orchestra and Chorus?

Wolfe: It is a piece that I dearly love. The chorus is only in the last movement, but I love the whole symphony, and the third movement especially practically brings me to tears every time I hear it. And then of course, by the time it gets to the end, there’s no stopping. It’s just like a roller coaster of musical madness all the way to the very last note. And how do you get more thrilling than that?

WFMT: Do you have any advice you’d like to share for the next Chicago Symphony Chorus director?

Wolfe: To whoever gets this position, plan to stay for 25 or 30 years; you won’t regret it. The institution deserves that, and it just gets better and better. Margaret committed like that, I’ve had that kind of commitment, and I hope the next person will too.

Riccardo Muti conducts the Chicago Symphony Orchestra and Chorus in what will be Duain Wolfe’s final concerts as Chicago Symphony Chorus Director. Beethoven’s Symphony No. 9 will be performed on February 24, 25, 26, and 27 at Symphony Center. For ticketing and information, visit cso.org.