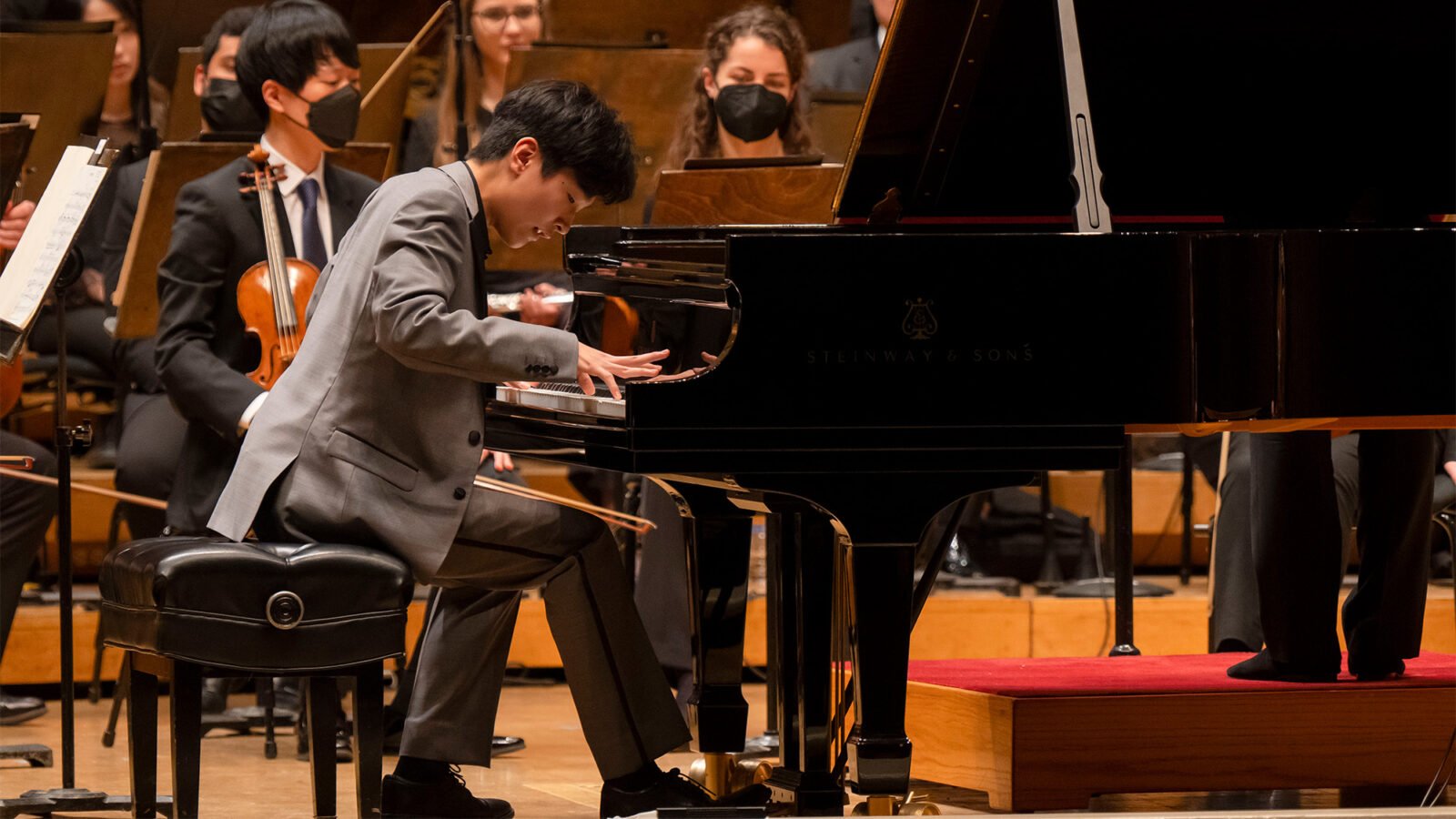 The Crain-Maling Foundation CSO Young Artists Competition returned to Symphony Center after a pandemic-enforced year off, and the winner was 15-year-old Noah Kim of Vernon Hills.

Performing alongside the Civic Orchestra of Chicago and conductor Andrew Grams, Noah won with the first movement of Camille Saint-Saëns’ Piano Concerto No. 2 in G minor, with the young artist noting he enjoyed playing the concerto’s “unique suspenseful opening.” 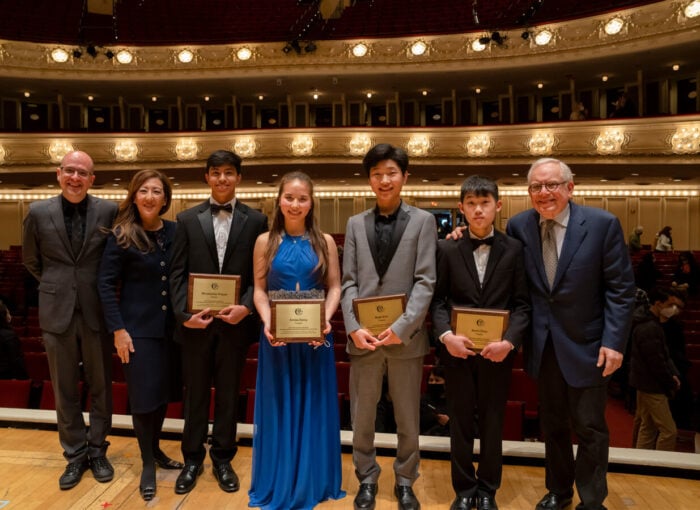 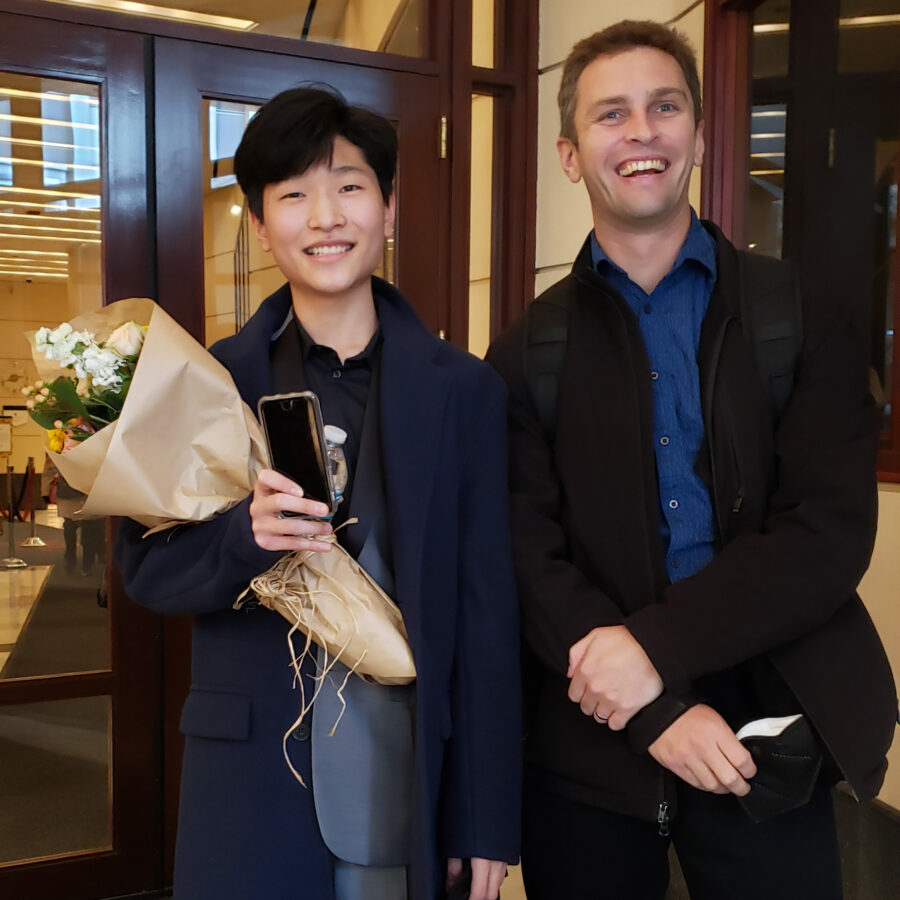 The winner’s prize in the Crain-Maling Foundation CSO Young Artists Competition includes a soloist performance with the Chicago Symphony Orchestra in its 2022-23 season and a solo recital appearance on WFMT’s Introductions. Noah previously gave a solo recital on the program in March 2021, and he has been offered a second radio feature before he leaves high school.

Noah Kim is a sophomore at Vernon Hills High School and a piano student of Marta Aznavoorian. He is in his first year in the Music Institute of Chicago Academy, a training program for elite pre-college pianists and string players. In addition to the piano, Noah’s extracurriculars at Vernon Hills High School include the orchestra as a violinist, the math team, and the Future Business Leaders of America.

Previous winners of the Crain-Maling Foundation CSO Young Artists Competition have consistently appeared on Introductions: 2020 winner Isabella Brown gave a senior recital on violin in July 2021, 2019 winner flautist Rosie Wang was featured in February 2022, and 2018 winner Yerin Yang gave her second Introductions piano recital in September of that year. The competition did not run in 2021 due to the pandemic.

Editor’s note: A previous version of this article incorrectly listed the instrument pools for upcoming Crain-Maling Foundation CSO Young Artists Competitions; that information is not yet final.