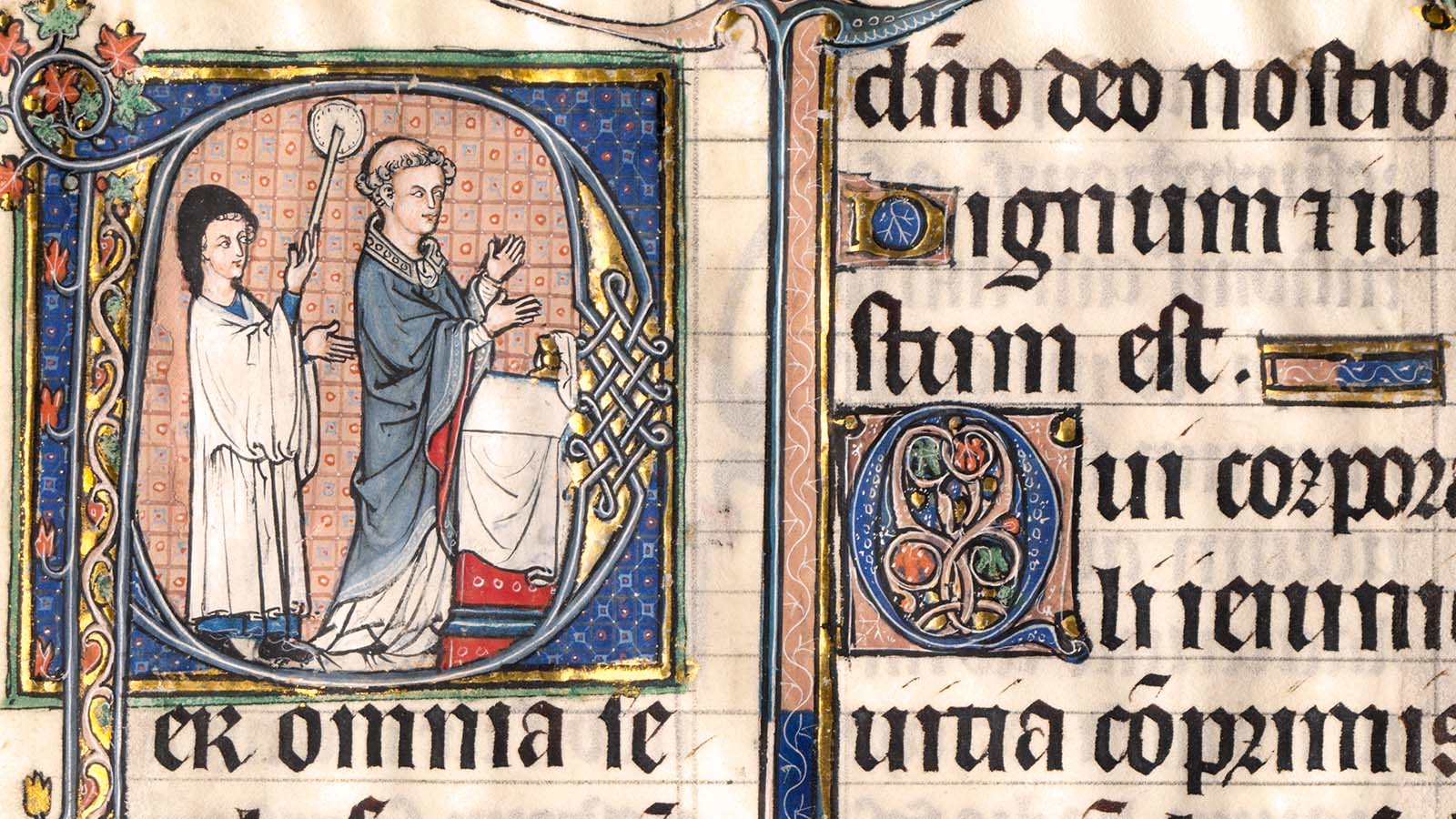 PORTLAND, Maine (AP) — A bargain hunter who went to an estate sale in Maine to find a KitchenAid mixer, a bookshelf or vintage clothing walked away with a 700-year-old treasure.

Instead of a kitchen appliance, Will Sideri stumbled upon a framed document hanging on a wall. It had elaborate script in Latin, along with musical notes and gold flourishes. A sticker said 1285 AD. Based on what he’d seen in a manuscripts class at Colby College, the document looked downright medieval.

Academics confirmed the parchment was from The Beauvais Missal, used in the Beauvais Cathedral in France, and dated to the late 13th century. It was used about 700 years ago in Roman Catholic worship, they said.

An expert on manuscripts said the document, first reported by the Maine Monitor, could be worth as much as $10,000.

After spying the unusual manuscript, Sideri contacted his former Colby College professor, who was familiar with it because there’s another page in the college collection. The professor reached out to another academic who’d researched the document. They quickly confirmed the authenticity.

The parchment was part of a prayer book and priests’ liturgy, said Lisa Fagin Davis, executive director of the Medieval Academy of America and a professor of manuscript studies at Simmons University in Boston.

The full missal was once owned by William Randolph Hearst, the newspaper publisher, before being sold in the 1940s and, much to the consternation of today’s academics, was divvied up into individual pages, she said.

The practice was common in the early 20th century. “Thousands of unique manuscripts were destroyed and scattered this way,” Davis said.

Davis has painstakingly researched The Beauvais Missal, and has tracked down more than 100 individual pages across the country. All told, the missal numbered 309 pages in its original form.

The page purchased by Sideri is of particular interest to scholars.

It’s a treasure both because of its age and condition, which is far better than the other page in the Colby collection, said Megan Cook, Sideri’s former professor, who teaches medieval literature at Colby.

The parchment is worth upward of $10,000, according to Davis. But Sideri said he has no intention of selling it.

He said he likes the history and beauty of the parchment — and the story of how he stumbled upon it.

“This is something at the end of the day that I know is cool,” he said. “I didn’t buy this expecting to sell it.”

David Sharp for the Associated Press

See Photo Highlights from WFMT's 70th Anniversary Day of Celebration
U2, George Clooney, Amy Grant among Kennedy Center honorees
Capturing the Chevalier, One of the Most Remarkable Stories in Classical Music
Playlist: Your Guide to Chopin's Études
Playlist: Listening to the 'L', CTA-Centric Music from Classical to Hip-Hop
Musical Tails: 6 Composers Who Wrote Music for Pets