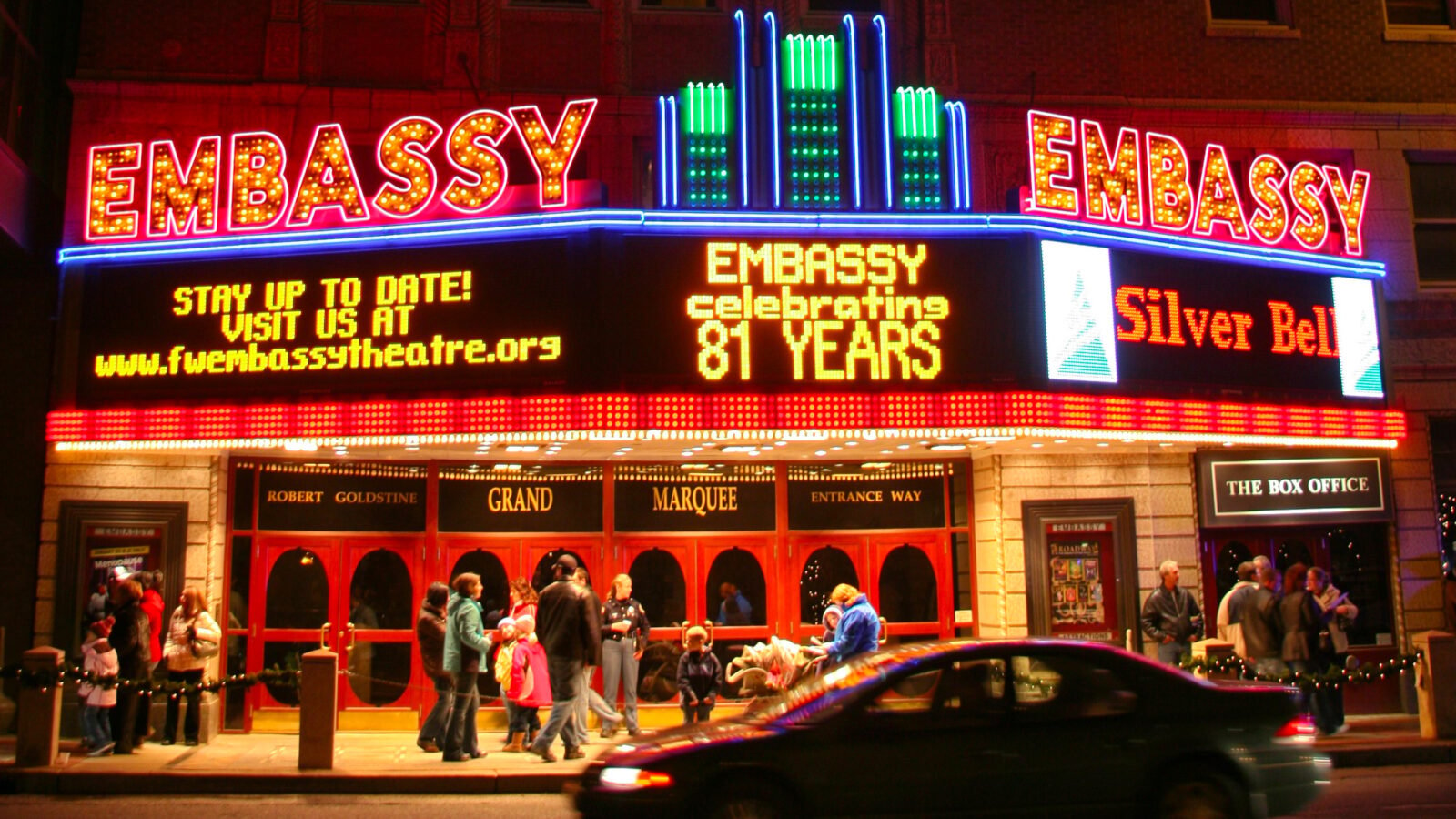 The Embassy Theatre, one of the performance homes of the Fort Wayne Philharmonic (Photo: Cliff, CC BY 2.0, cropped, via Wikimedia Commons)

FORT WAYNE, Ind. (AP) — Fort Wayne Philharmonic musicians have begun their first strike in the organization’s history after performing for more than three months without a contract.

The Fort Wayne Philharmonic Players’ Association began their work stoppage Thursday afternoon, following a day of negotiations with the philharmonic’s management. The musicians are members of the American Federation of Musicians Local 58.

Campbell MacDonald, the players’ association’s chairman, said during a Thursday evening rally outside Embassy Theatre that the musicians feel they’ve been “forced into this position.”

He said in a statement that the philharmonic’s management “has yet to propose pay that allows us to afford basic needs, and is married to the elimination of full-time positions.”

Philharmonic President and CEO Brittany Hall said at a Thursday news conference that management is “deeply disappointed” with the union’s decision to strike. She said the union has requested a 46% wage increase while management has proposed an 11.5% increase.

Hall said the philharmonic’s position was necessary to maintain the organization’s financial “long-term health and well-being.”

No concert cancellations had been announced by Thursday evening, but the strike could affect one or more concerts, The Journal Gazette reported.

The musicians had been performing under the terms of a bargaining agreement that expired Sept. 1. That agreement was reached in May 2021 after about two years of contract negotiations, nine months of player furloughs and dozens of concerts canceled because of the COVID-19 pandemic.

A Beginner’s Guide to Indigenous Instruments of Illinois
10 Woman Conductors You Should Know
In Their Own Words: Inspiring Quotes From Classical Artists and Friends Who Died in 2022
Capturing the Chevalier, One of the Most Remarkable Stories in Classical Music
James Levine, who ruled over Met Opera, dead at age 77
Earth Day 2020: Stacy Garrop's 'Terra Nostra'