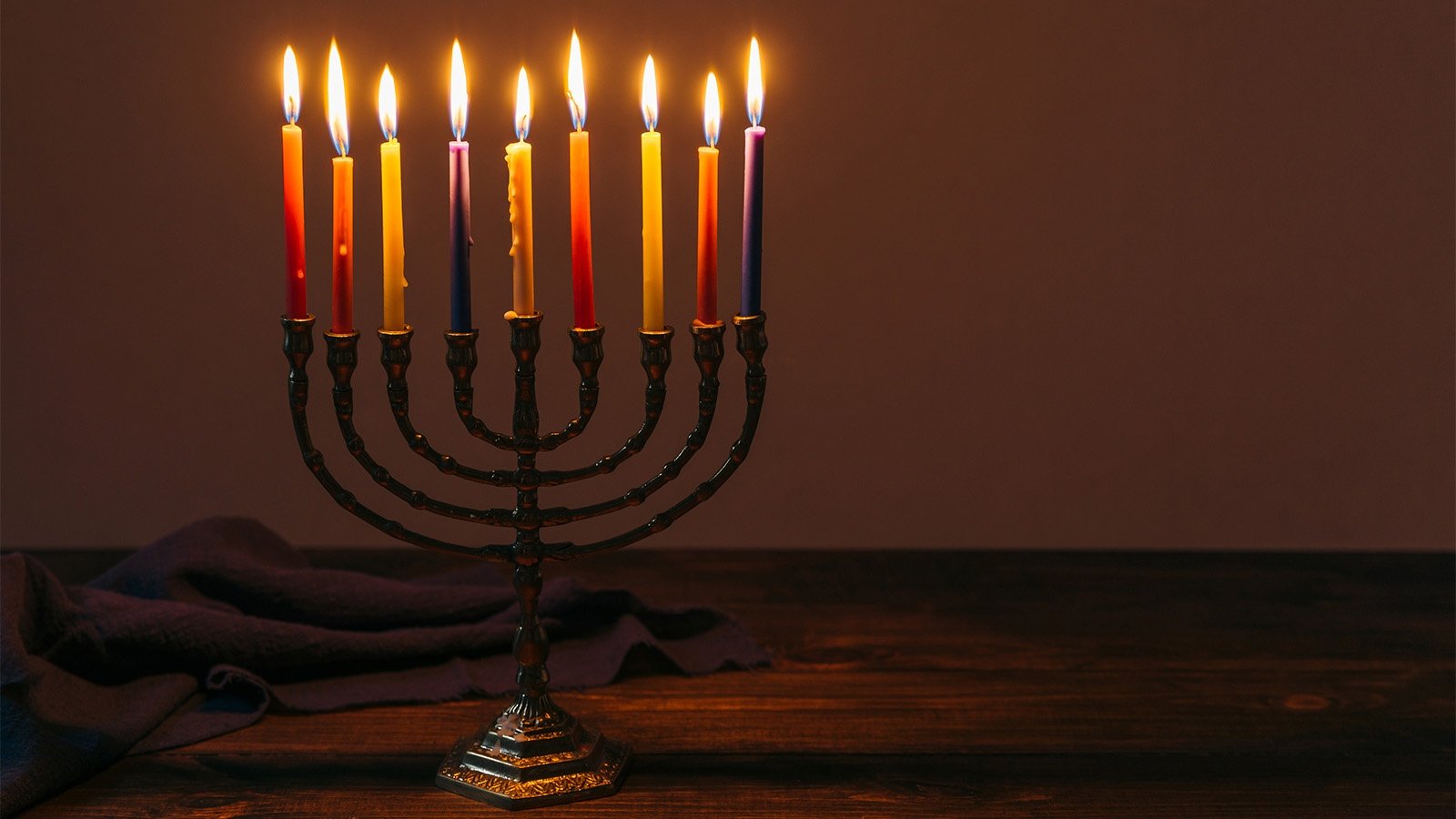 With Hanukkah, the Jewish Festival of Lights, around the corner, it is a perfect time to plan your celebration. We highlight eight works you should invite to your festivities. [Jump to playlist]

“S’vivon” — or “Sevivon” — is a popular Hebrew song that is a Hanukkah staple. That’s because “s’vivon” is the Hebrew word for dreidel (“dreidel” is derived for the Yiddish word referring to the same spinning top). The song’s text calls the dreidel to spin and honors the celebration of Hanukkah.

American composer Judith Shatin’s upbeat Hanukkah composition also sets its focus on the dreidel. In fact, the song is named for the Hebrew letters that adorn the top’s four sides: Nun, Gimel, Hei, and Shin. In dreidel games, the sides correspond to what the spinner will win (nothing, the entire pot, half of it, or they’ll have to add to the pot). But the sides can also match up to the phrase “a great miracle happened there,” which references the miracle at the center of Hanukkah.

Handel’s oratorio Judas Maccabaeus adapts First Book of Maccabees, a book that depicts in the first celebration of Hanukkah as ordered by Judas Maccabaeus. This excerpt is among Handel’s most famous selections, and it celebrates the victory achieved by the Jewish people.

German-born American composer, conductor, and organist Fromm took inspiration from the Sabbath and Jewish holidays in his Six Madrigals collection. The madrigals are based traditional folk and sacred music and are structured around the Hebrew calendar. After the opening Sabbath madrigal, Fromm’s devotes madrigals to Purim, Hanukkah, Tisha B'Av, Passover, and Sukkot. This piece’s subtitle, Mi y’mallel, asks, “Who can recount?,” which, the Milken Archive of Jewish Music notes, refers to a passage of the Book of Psalms.

Salomone Rossi: Adon ‘Olam (Lord of the World) from Songs of Solomon

Rossi was a Jewish composer in Renaissance Italy. He was favored as a violinist and composer within the court of Mantua in spite of his religion — so much so, in fact, that he was exempt from wearing the badge required of the Mantuan Jewish community. This selection from Rossi’s collection, The Songs of Solomon, adapts an oft-performed liturgical poem and culminates with the words “G-d is with me, I shall not fear.”

This work closed out Bloch’s Jewish Cycle, which also features settings of liturgy, Jewish Tone Poems, and a symphony. Unusually for this playlist, this work does not feature the human voice. The composer explained that he preferred to “employ an infinitely grander and more profound voice that could speak all languages — that of his violoncello.” He wrote the work for cello and orchestra, and in the piece, the cello takes on the voice of Schelomo (King Solomon).

These hymns are customarily performed each night after the menorah has been lit.

Ma’oz Tzur can be translated as “Rock of Ages,” and this liturgical setting represents one of the best-known and most frequently performed songs for Hanukkah worldwide.

Hannerot hallalu translates to “These Candles,” and it is also sung after the candles have been lit. This setting features the University of Chicago Motet Choir.